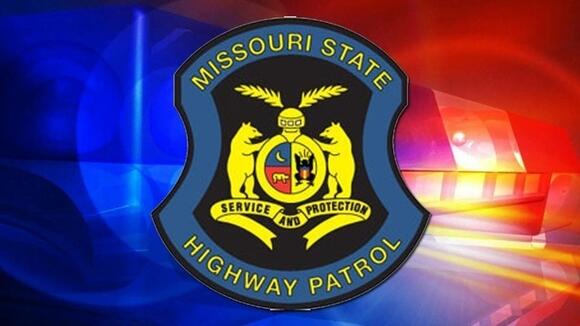 Two people were treated for serious injuries after a car crash in Cooper County on Sunday.

According to the Missouri State Highway Patrol , the crash happened on Highway 179 at Cedar Lane at 5:02 p.m.

Troopers said a 2017 Toyota Highlander and a 2003 Ford Taurus were both totaled after the truck crashed into the car head-on.

The driver of the truck, Kagan Wolfe, 23, of California, Missouri, and his passenger, Erika E. Phillips, 23, of Jefferson City, Missouri, were both taken to University Hospital in Columbia.

MU Health Care told ABC 17 News on Monday morning that Phillips is in fair condition and Wolfe is in good condition.

The driver of the car wasn't hurt in the crash.

one County Sheriff's Deputies are still searching for one person, after a chase with a stolen vehicle ended in a crash that sent multiple people to the hospital Thursday night. The post Stolen car involved in chase with police, ends in fiery crash appeared first on ABC17NEWS.
COLUMBIA, MO・12 HOURS AGO
KMIZ ABC 17 News

Gilbane Motorsports has put a memorial for Skylar Maddox Dec. 2, 2021 and a sign to remind drivers to watch for motorcycles when driving. The post Columbia motorcycle shop promotes safety after deadly crash appeared first on ABC17NEWS.
COLUMBIA, MO・1 DAY AGO
KMIZ ABC 17 News

MEXICO, Mo. (KMIZ) The Mexico Public Safety Department continues to investigate after reports of people trying to take items from vehicles on Tuesday night. Officials reportedly found several unlocked vehicles had some personal items and small amounts of money taken from them in the area of the 1200 and 1300 blocks of E Jackson. An The post Mexico Public Safety Department investigating items stolen from inside vehicles Tuesday night appeared first on ABC17NEWS.
MEXICO, MO・1 DAY AGO

The crash killed Skylar Maddox, 25, of Columbia, police said in a news release. Susan Hanel, 72, was arrested on suspicion of driving while impaired by drugs, resulting in death; leaving the scene of a crash; armed criminal action; driving without a valid license and careless and imprudent driving. She was in the Boone County Jail on Wednesday without bond. The post Driver charged after motorcyclist killed in central Columbia crash appeared first on ABC17NEWS.
COLUMBIA, MO・2 DAYS AGO
KMIZ ABC 17 News

Members of the Mexico Public Safety Department were sent at about 2 a.m. to the Morris Street rail crossing and found James Hicks, 40, of Mexico, along the tracks just east of the crossing with serious injuries, the department said in a news release. A person driving by saw Hicks and flagged down a sheriff's deputy who was driving by, Mexico police said. The post Man found with serious injuries near Mexico railroad crossing appeared first on ABC17NEWS.
MEXICO, MO・2 DAYS AGO
KMIZ ABC 17 News

Brandi Baldwin, MoDOT project director, said Friday that the closure of one eastbound lane on the bridge will continue as work progresses. She said crews plan to only close one lane each way at a time during this phase of work. The post Lane closures expected as work continues on Interstate 70 bridge near Rocheport appeared first on ABC17NEWS.
ROCHEPORT, MO・2 HOURS AGO
KMIZ ABC 17 News

No bond change for Columbia man accused in downtown shooting

COLUMBIA, Mo. (KMIZ) A downtown Columbia shooting suspect is now facing a federal charge of felon in possession of a firearm. Christopher Michael Sledd is charged with assault, unlawful use of a firearm, armed criminal action and unlawful possession of a firearm in Boone County after a Nov. 6 shooting. According to a probable cause The post Downtown Columbia shooting suspect faces federal gun charge appeared first on ABC17NEWS.
COLUMBIA, MO・1 DAY AGO
KMIZ ABC 17 News

COLUMBIA, Mo. (KMIZ) One of Ronald Dameron's victims is speaking out in the hopes something can be done about Missouri's invasion of privacy law. The woman's name will not be shared to protect her identity. A Columbia man was charged multiple times for invasion of privacy after allegedly taking unwanted pictures. The woman is one The post Invasion of privacy victim speaks out appeared first on ABC17NEWS.
COLUMBIA, MO・18 HOURS AGO
KMIZ ABC 17 News

Five vehicles believed to be involved in Montgomery County crash

Officials report the underpass had minimal damage as a result of being struck.  The post Minor damage reported to underpass after Mexico wreck Friday afternoon appeared first on ABC17NEWS.
MEXICO, MO・4 DAYS AGO
KMIZ ABC 17 News

SUNRISE BEACH, Mo. (KMIZ) Sunrise Beach Firefighters responded Tuesday morning to a house fire in the 1400 block of Pisces Dr. Upon arrival, firefighters found smoke showing from the attic and fire visible on the exterior of the structure. Crews brought the fire under control within 20 minutes. Officials say the house was occupied by The post Burning leaves cause house fire in Sunrise Beach appeared first on ABC17NEWS.
SUNRISE BEACH, MO・2 DAYS AGO
KMIZ ABC 17 News

By comparing the seven-day averages of Missouri counties with and without mask mandates in place, DHSS found that both case and death numbers were lower during the peak of the delta variant in counties that enforced mask-wearing. The post Missouri state officials dispute reports of mask mandate study appeared first on ABC17NEWS.
MISSOURI STATE・1 DAY AGO
KMIZ ABC 17 News

Columbia man accused of shooting into crowd to appear in court