US being hit by huge cyber attacks, Microsoft warns 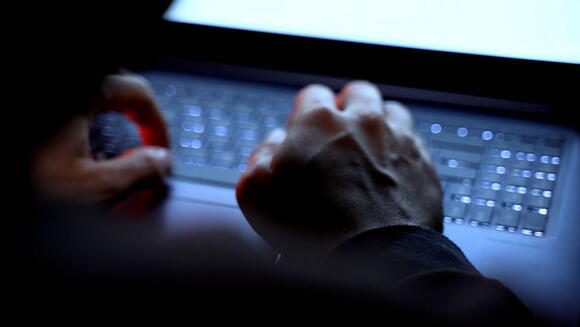 Hundreds of companies and organisations are being hit by a wave of cyber attacks, Microsoft has warned.

The hacking appears to be being perpetrated by the same group as led last year’s massive SolarWinds cyber attack, it said.

This time around, the attacks were looking to target “resellers and other technology service providers” of cloud services, Microsoft wrote in a new blog post.

It has notified 609 different companies that they have been targeted by the attacks over the summer, the company said. Only a small number of those had actually been successful.

US officials confirmed to the New York Times that the operation was underway, with one unnamed senior administration official calling it “unsophisticated, run-of-the mill operations that could have been prevented if the cloud service providers had implemented baseline cybersecurity practices.”

“This recent activity is another indicator that Russia is trying to gain long-term, systematic access to a variety of points in the technology supply chain and establish a mechanism for surveilling âÂ€Â“ now or in the future âÂ€Â“ targets of interest to the Russian government,” Microsoft wrote.

Most US Healthcare Apps Susceptible to Cyber-Attack

3 Ways To Prepare For Cyber Attacks

Although there are countless ways to combat cyberattacks, in this article we are addressing 3 simple yet significant points that users can follow to protect their data. Cyber attacks are on the rise. These threats come in all shapes and sizes, and no business or organization is immune to them.
TWITTER・5 DAYS AGO
SlashGear

Microsoft has detailed a major breakthrough in its work on synthetic DNA storage, specifically on improving data throughput. The proof-of-concept is the subject of a new study from Microsoft Research and a team at the University of Washington’s Molecular Information Systems Laboratory (MISL), paving the way for a future in which the world’s data is stored on lab-made DNA, not tapes and hard drives.
COMPUTERS・19 HOURS AGO
The Jewish Press

Iran’s Mahan Airlines, which is linked to the Islamic Revolutionary Guards Corps-Qods Force (IRGC-QF) and is involved in the shipment of weapons to Hezbollah terror organization, was recently hit by a cyberattack, the country’s media reported. Reports quote hackers who claim they have obtained “sensitive information” about the airline’s “close...
PUBLIC SAFETY・13 DAYS AGO

COPENHAGEN (Reuters) – Wind turbine maker Vestas on Monday said the cyber attack it reported at the weekend has affected parts of its internal IT infrastructure and that data has been “compromised”. The cyber security incident on Nov. 19 forced Vestas to shut down IT systems across multiple business units...
COPENHAGEN, NY・12 DAYS AGO
The Guardian

The US says it has evidence Russia has made plans for a “large scale” attack on Ukraine and that Nato allies are “prepared to impose severe costs” on Moscow if it attempts an invasion. Speaking at a Nato ministers meeting in Latvia, the US secretary of state, Antony Blinken, said...
POLITICS・3 DAYS AGO
AOL Corp

Putin hits back as NATO warns Moscow against attacking Ukraine

RIGA/MOSCOW (Reuters) -Russia would pay a high price for any new military aggression against Ukraine, NATO and the United States warned on Tuesday as the Western military alliance met to discuss Moscow's possible motives for massing troops near the Ukrainian border. President Vladimir Putin countered that Russia would be forced...
POLITICS・4 DAYS AGO
Daily Mail

Companies that donated to the Black Lives Matter (BLM) Global Network Foundation - including Amazon, Intel and Microsoft - have yet to weigh in on the movement’s call to boycott white companies this Christmas, despite the group profiting from corporate donations. The organization on Instagram urged its supporters to participate...
ADVOCACY・2 DAYS AGO

As expected, cybersecurity researchers have reported a massive increase in malware attacks over the Black Friday weekend, with the number of websites attacked 50 times a day registering a jump of over 300%. Crunching the numbers collected by Capture Labs, analysts at VPN provider Surfshark noticed that the attacks on...
NETFLIX・3 DAYS AGO
infosecurity-magazine.com

A cyber-attack on Planned Parenthood Los Angeles (PPLA) has resulted in the exposure of patients’ personally identifying information (PII). The agency said in a notice posted to its website on Wednesday that suspicious activity was detected on its computer network on October 17. An investigation into the activity remains ongoing;...
PUBLIC SAFETY・2 DAYS AGO
Daily Mail

Russia and China are attacking US satellites 'every single day' with lasers, radio jammers and cyber attacks in a shadow space war, Space Force commander claims

American satellites far outside the Earth's orbit are facing a near-constant barrage of threats from Russian and Chinese technology, and it's only getting worse, a top Space Force officer is warning. An arms race in space between the US, Russia and China has been steadily heating up in recent years...
AEROSPACE & DEFENSE・4 DAYS AGO
Ars Technica

If you're a Google Chrome user setting up a new Windows PC, the most important feature of Microsoft Edge is the ability to download Chrome. Microsoft is apparently aware of this behavior and is doing something about it: Neowin has spotted new Edge pop-ups that specifically try to dissuade users from downloading and installing Chrome, a change that I promise I didn't know about when I wrote about Microsoft's annoying promotion of Microsoft Edge literally yesterday.
SOFTWARE・2 DAYS AGO
Healthcare IT News

The U.S. Department of Health and Human Services' cybersecurity arm issued a threat briefing this past week about "zero-day attacks" and their potential risk to the healthcare system. "Mitigating zero-day attacks completely is not possible – by nature, they are novel and unexpected attack vectors," said the Health Sector Cybersecurity...
PUBLIC SAFETY・11 DAYS AGO
gcaptain.com

By Christian Wienberg (Bloomberg) –Shares in Vestas Wind Systems A/S dropped to a two-week low after one of the world’s top makers of wind turbines was hit by a cyber attack. The Danish company said data was compromised, but that there are no signs that turbines being operated by its...
PUBLIC SAFETY・12 DAYS AGO
houstonianonline.com

After the VDL and Mediamarkt, Ikea is now under a cyber attack. Report this Computer en Specialist in cyber security Eric Westhovens from Insight. Erik Westhovens says of this cyber attack: “Where Ikea differs from the above two methods is the attack method. At Ikea, a relatively new technology is used to infect systems and gain access. This technology is called a chain reaction attack where employees send emails. Which comes in response to messages The email was apparently sent previously, so since the employee thinks it’s a response to an email that was sent previously, they are more likely to open it.
PUBLIC SAFETY・7 DAYS AGO
laptopmag.com

We know who is attacking us and we know how to get even, says Israel’s cyber defense chief

In a nondescript office park in the desert town of Be’er Sheva, a “war room” filled with screens showing various maps, rolling information, and graphics inform around a dozen or so staffers, manning computers at the central heart of Israel’s civilian cyber defense system. So important is their mission that...
WORLD・14 HOURS AGO
The Independent

United States’ satellites are constantly under attack, and China may become the dominant space power by the end of the decade, according to a Space Force general.“The threats are really growing and expanding every single day. And it’s really an evolution of activity that’s been happening for a long time,” General David Thompson, the Space Force’s first vice chief of space operations, told the Washington Post.“We’re really at a point now where there’s a whole host of ways that our space systems can be threatened.”The United States must deal with “reversible attacks” on satellites – those which do not...
MILITARY・1 DAY AGO
stljewishlight.org

Israel ignored US warnings that attacks on Iran’s nuclear program were counterproductive, per NYT report

(JTA) — American officials have warned Israeli officials that their country’s repeated attacks on Iran’s nuclear program have been counterproductive, with Iran simply rebuilding its destroyed facilities faster and better than before, according to a report in The New York Times. Israeli officials meanwhile ignored the warnings, according to the...
MIDDLE EAST・12 DAYS AGO
The Independent

Donald Trump predicts "something will happen" between Taiwan and China after the 2022 Beijing Winter Olympics while saying America is at "the lowest it has ever been". Speaking to Nigel Farage on GB News, the former president said: "There were no planes flying over Taiwan, you didn't talk about Taiwan when I was president.
SPORTS・3 DAYS AGO