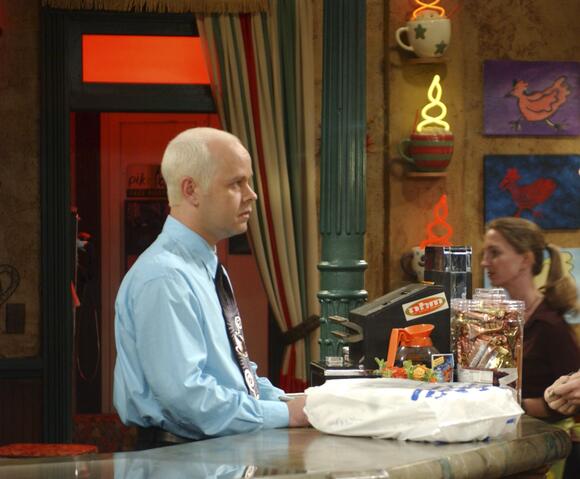 ( WJW ) — The actor best known for playing Gunther on the long-running show “Friends” has reportedly died.

James Michael Tyler died at his home in Los Angeles Sunday, TMZ and Variety reported. He was 59 years old.

He reportedly had stage 4 prostate cancer and had announced his diagnosis earlier this year , shortly after appearing on the “Friends” reunion show on HBO.

“The world knew him as Gunther (the seventh ‘Friend’), from the hit series ‘Friends,’ but Michael’s loved ones knew him as an actor, musician, cancer-awareness advocate, and loving husband,” Tyler’s family said in a statement to TMZ.

The actor made appearances on other TV shows, like “Scrubs,” and “Sabrina the Teenage Witch,” throughout his career.

Tyler was reportedly first diagnosed with cancer in 2018. He leaves behind a wife.

Eddie Mekka, known for his role as Carmine, the 'Big Ragu,' on "Laverne & Shirley," has died.
CELEBRITIES・2 DAYS AGO
PIX11

MORRISANIA, the Bronx — An attacker bashed a man in the head with a brick, then shoved him to the floor in a Bronx building, police said Thursday. Video shows a second man rush up and kick the 53-year-old victim in the face inside an East 165th Street building on Saturday. The men grabbed at […]
BRONX, NY・2 DAYS AGO
PIX11

CROWN HEIGHTS, Brooklyn — The NYPD have been looking for a man accused of throwing a liquid in a Jewish woman’s face on a Brooklyn street in November in an apparent anti-Semitic attack, authorities said Friday. Police said it happened around 11:30 a.m. on Nov. 3 as the woman, 33, was walking near the corner […]
BROOKLYN, NY・1 DAY AGO
lincolnnewsnow.com

Planes Mistaken for Stars singer Gared O'Donnell has died aged 44. The post-hardcore band's late frontman died on Wednesday (24.11.21) after being diagnosed with oesophageal cancer in August last year. In a statement on Instagram, the group said: "It is impossible to express the depth of sorrow in which we...
MUSIC・9 DAYS AGO

Michael Bublé has been through every parent's worst nightmare and come out the other side with a deeper appreciation for life. The Grammy-winning singer, 46, opens up to PEOPLE in this week's issue about how his 8-year-old son Noah's battle with liver cancer changed him, saying, "I live a much deeper life now."
CELEBRITIES・3 DAYS AGO
uticaphoenix.net

Abloh’s family also expressed their sorrow in a statement released to the public. The family said their loved one has been battling cardiac angiosarcoma, a rare aggressive form of cancer, for more than two years. “He chose to endure his battle privately since his diagnosis in 2019, undergoing numerous challenging...
BEAUTY & FASHION・6 DAYS AGO
survivornet.com

'Bachelor' Star Gets Involved In Brain Cancer Research After His Friend's Diagnosis. Tim Robards, who appeared as the original bachelor on the Australian version of the popular reality show, is helping to raise funds for cancer research as an ambassador for the Cure Brain Cancer Foundation after his friend Tom Barrett, 41, learned he had brain cancer.
CANCER・10 DAYS AGO
dailyegyptian.com

Designer and Off-White founder Virgil Abloh died Sunday after a private battle with cancer, according to a tweet by luxury brand LVMH. He was 41 years old.
CELEBRITIES・6 DAYS AGO
TVShowsAce

Christine Brown No Longer Covering Up Away From Kody

For a long time, the Brown women had to follow certain rules while being married to Kody. Along with Meri, Janelle, and Robyn, Christine Brown had standards she had to abide by. One noticeable guideline was the way the women dressed. It was not just the wives but all of the females in the family were subject to somewhat of a dress code. Now that Christine has broken free of her marriage, she is seemingly shedding her old life. This includes all of the clothes that once encumbered her.
THEATER & DANCE・2 DAYS AGO
Daily Mail

'I shall not look upon his like again': Tributes paid to acclaimed Shakespearean actor Sir Antony Sher who has died, aged 72, after losing battle with cancer

Theatre star Sir Antony Sher has died of cancer, the Royal Shakespeare Company (RSC) has announced. A statement from the organisation said he had been diagnosed with terminal cancer earlier this year. His husband, Gregory Doran, the RSC's artistic director, announced in September that he was taking a period of...
CELEBRITIES・1 DAY AGO
editorials24.com

Jay Jay Phillips, a rock musician who competed on “America’s Got Talent” in 2009 and 2017, has died. He was 30. The big-haired musician died from COVID-19, which he was battling over Thanksgiving week. The Instagram account of Phillips’ band posted a tribute to the keyboardist earlier this week.
PUBLIC HEALTH・1 DAY AGO

Two of Arnold Schwarzenegger’s five children have followed in his acting footsteps – Patrick Schwarzenegger and Joseph Baena. And five years ago, Baena recreated one of his father’s most memorable scenes from 1991’s Terminator 2: Judgement Day. Now on the set of his new movie, Baena is once again channeling his famous father.
MOVIES・8 DAYS AGO
survivornet.com

The Power of Gratitude, According to Michael J. Fox. Michael J. Fox, 60, says in a new interview he’s focusing on gratitude and optimism while living with Parkinson’s disease. Fox was diagnosed with early-onset Parkinson’s in 1991 when he was just 29 years old. Expressing gratitude and keeping a positive...
CELEBRITIES・3 DAYS AGO
NME

Will Smith has admitted his “heart shattered” when his son Jaden asked to be emancipated when he was a 15-year-old. The King Richard star opened up about the struggles his son faced after their 2013 film After Earth bombed commercially and critically, with Jaden enduring attacks from the media. Writing...
RELATIONSHIPS・26 DAYS AGO
Hello Magazine

It's no secret that Brooklyn Beckham is a fan of cooking, often taking to Instagram to share videos of his culinary creations with his 12.9 million followers. On Sunday, David and Victoria Beckham's eldest son put his cooking skills to the test once again. This time, the 22-year-old whipped up an Italian-inspired meal for his fiancée Nicola Peltz and her friends as the actress enjoyed a girls' night in the duo's $10.5 million Beverly Hills mansion.
CELEBRITIES・12 DAYS AGO
DesignerzCentral

Bindi Irwin Is Moving To The U.S. For Baby No. 2 With Husband Chandler Powell

Is Bindi Irwin coming to America? One report says she and Chandler Powell plan to have a second baby in the United States. Gossip Cop investigates. According to OK!, Irwin and Powell are chasing a fortune to California. The activists want to secure lucrative Hollywood deals to help keep the Australian zoo afloat. “It’s been bleeding profits due to the pandemic.” an insider explains. “Bindi and Chandler have been pitching a TV show and other ideas and want to visit LA soon to do meet and greets.”
CELEBRITIES・2 DAYS AGO
thefocus.news

Following the announcement of Steve Burton’s exit from General Hospital after 30 years with the show, fans have been speculating who might be replacing him. With rumours that Trevor St. John will be joining General Hospital, is there any truth to this?. We’ve taken a look into if Trevor St....
TV & VIDEOS・3 DAYS AGO
HollywoodLife

Paul McCartney and his daughter Mary had a father-daughter date night at the premiere of the upcoming docuseries ‘The Beatles: Get Back’ in London. It was a family affair at the London premiere of The Beatles: Get Back, an upcoming three-part documentary series that will offer Beatles fans an intimate glimpse of the band’s most pivotal recording sessions. Former Beatle Paul McCartney attended the premiere on Tuesday, Nov. 16 with daughter Mary, 52. The 79-year-old musician was all smiles as he posed with his photographer daughter on the red carpet, wearing a sharp navy blue suit.
MUSIC・17 DAYS AGO
survivornet.com

Did You Know FOX News Personality Judge Jeanine Pirro Fought Cancer and Lost Her Mother to the Disease?

Seventy-year-old FOX News personality Jeanine Pirro has been through a lot when it comes to cancer after facing the disease herself and losing her mother to pancreatic cancer. Most recently, she shared that she’d received both doses of the COVID-19 vaccine at the request of her cancer doctor. When Pirro...
CANCER・1 DAY AGO