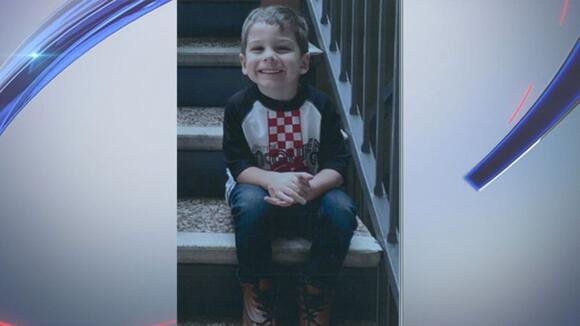 Investigators found what they believe to be a missing 5-year-old boy’s body shortly after the search for the child shifted to Massachusetts.

Elijah Lewis was last seen at his home in Merrimack, New Hampshire. His mother and a man were arrested in the Bronx and pleaded not guilty on Wednesday to witness tampering and child endangerment charges related to the case.

The attorney general’s office initially said the boy was last seen about six months ago, but they later said he went missing about a month ago.

A body was found in the woods of Abington, MA on Saturday morning, officials said.

Arrest in death of woman who fell down subway stairs during attempted robbery: police

LOWER MANHATTAN — Police arrested a man on Friday in connection with a deadly attempted robbery inside a Lower Manhattan subway station earlier this year. David Robinson, 53, is accused of trying to rob Than Wtwe Than and her 22-year-old son as they walked up the stairs at the Canal Street N train station on […]
MANHATTAN, NY・22 HOURS AGO
PIX11

ASTORIA, Queens — A suspect on a bike groped a woman while she was out walking with her 3-year-old son in Queens last month, police said on Saturday.  The 41-year-old woman was walking with her son near 19th Street and 23rd Drive around 9:15 a.m. on Oct. 23 when the suspect rode up behind them […]
QUEENS, NY・19 HOURS AGO
PIX11

BAY RIDGE, Brooklyn — A Brooklyn man was arrested in the fatal stabbing of a man in Bay Ridge Friday afternoon, according to police. It happened at about 2:50 p.m. Friday at 99th Street and Third Avenue. Police said when they arrived, they discovered an unresponsive man with multiple stab wounds. He was taken to […]
BROOKLYN, NY・14 HOURS AGO
PIX11

Man charged in shooting of 2 NYPD officers in the Bronx on Thanksgiving eve: police

BELMONT, the Bronx — A Brooklyn man faces a slew of charges after he allegedly opened fire on two NYPD officers, injuring both, in the Bronx on the night before Thanksgiving, authorities said on Saturday. Police charged Charlie Vasquez, 23, with two counts each of attempted murder, assault, criminal use of a firearm, criminal possession […]
BRONX, NY・1 DAY AGO

HUNTINGTON, N.Y. — In a Thanksgiving miracle, a Long Island family’s beloved French bulldog was returned to Saturday after being stolen in a burglary on Thanksgiving. The dog, Stella, was spotted on Rhoddendron Drive in Center Moriches, police said, and was returned to her owners. The investigation into the burglary continues, police said. The suspect […]
HUNTINGTON, NY・10 HOURS AGO
PIX11

BROOKLYN, N.Y. — A teenager punched a woman in the face during a fight over wearing a face mask in Brooklyn last month, police said on Friday. The incident happened on Fulton Street near Eastern Parkway around 11 a.m. on Oct. 8. Police said the 39-year-old victim and the teen got into an argument over […]
BROOKLYN, NY・1 DAY AGO
PIX11

HUNTINGTON, N.Y. — A burglar stole a French bulldog from a Long Island home on Thanksgiving, police said. The suspect entered the home on Robin Lane in Huntington some time between 4 p.m. and 11 p.m. and took the 4-year-old dog, named Stella, as well as a PlayStation 5, according to authorities. Police released photos […]
HUNTINGTON, NY・1 DAY AGO
PIX11

BELMONT, the Bronx — One of two NYPD officers shot in the Bronx on Wednesday night was released from the hospital on Thanksgiving morning. The officer, who was wounded twice in the upper arm during the shootout, left the hospital just before noon Thursday. A large group of fellow officers gathered outside the hospital and […]
BRONX, NY・2 DAYS AGO

MARBLE HILL, Manhattan — One mom had an extra reason to be thankful this Thanksgiving: she survived after a stray bullet hit her and came too close to her toddler. The 28-year-old mom was out with her daughter on West 225th Street after some shopping when she was shot. Video captured the mother begin to […]
MANHATTAN, NY・2 DAYS AGO
PIX11

Attacker jumps on 84-year-old woman, tries to rob her in Manhattan: NYPD

EAST HARLEM, Manhattan — An attacker followed an 84-year-old woman, jumped on her back and knocked her to the ground, police said Thursday. The victim was headed home when she was attacked near East 117th Street and Madison Avenue on Wednesday, officials said. As the victim went to open the gate to the front of […]
MANHATTAN, NY・2 DAYS AGO
PIX11

OAKLAND, Calif. (KRON) – A member of the Nexstar family has tragically lost his life after being shot while protecting a KRON4 news team in Oakland, California. KRON4 learned Saturday that Kevin Nishita, who worked as an armed guard for Star Protection Agency, died from his injuries. He leaves behind a wife, two children and […]
OAKLAND, CA・18 HOURS AGO
PIX11

13-year-old shot in Florida after argument over scooter, witnesses say

A 13-year-old was shot in Florida Tuesday after neighbors said they heard an argument over an electric scooter.
FLORIDA STATE・1 DAY AGO

WILLIAMSBRIDGE, Bronx — A man drew a gun the morning of Nov. 10 and shot another man in the abdomen and leg, police said Wednesday. At approximately 11 a.m., in front of a residence on Holland Avenue in the Bronx, the gunman drew his weapon and fired it at a nearby 36-year-old man. The victim […]
BRONX, NY・3 DAYS AGO
PIX11

NEWARK, N.J. — A man driving a stolen car crashed into a home in New Jersey’s largest city, leaving the driver critically injured and sparking a fire that damaged the home, authorities said. The single-vehicle crash in Newark occurred shortly before 4 a.m. Thursday. The driver, who was alone in the car, was taken to […]
NEWARK, NJ・2 DAYS AGO
PIX11

The actions of Paterson police officer Spencer Finch were deemed to be so egregious Mayor Andre Sayegh decided there was no need to wait for an administrative process to play out, which would have ultimately determined whether or not Finch could keep his job. “We’re ushering in a new era of accountability here in Paterson,” Sayegh […]
PATERSON, NJ・1 DAY AGO
PIX11

The remains were first discovered on Nov. 11, when fishermen spotted what appeared to be a human leg floating in the water.
FLORIDA STATE・1 DAY AGO
PIX11

So-called bounty hunters kidnapped a man and held him for ransom, but Denver Police walked away from the crime.
AURORA, CO・1 DAY AGO
PIX11

NEW YORK — A boy accused of shooting an MTA conductor with a BB gun Nov. 8 was arrested Tuesday, a spokesperson for the Transport Workers Union said. “The people responsible need to be held accountable,” union President Eric Loegel said. “We will continue to support our member and provide him any assistance he needs […]
NEW YORK CITY, NY・3 DAYS AGO
PIX11

CHICAGO — A Chicago woman has been shot and killed just steps away from a memorial to the 14-year-old son who was fatally shot over the weekend. Police have not said if they believe Wednesday morning’s slaying of Delisa Tucker and Sunday night’s shooting death of Kevin Tinker are related. Police say they have not […]
CHICAGO, IL・2 DAYS AGO
PIX11

CANARSIE, Brooklyn — A driver suspected of stealing a Jeep struck an officer with the car Wednesday, breaking the officer’s ankle, police said. The officer was reported struck at approximately 6:20 p.m., police said. Officials said police were investigating illicit activity in Brooklyn when the officer pulled over a silver Jeep Cherokee near East 82nd […]
BROOKLYN, NY・3 DAYS AGO