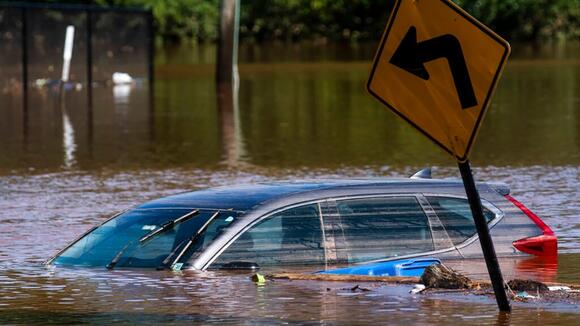 As of early October 2021, NOAA National Centers for Environmental Information states that the U.S. has experienced 18 weather/climate disasters each with losses each exceeding $1 billion — a record high. The average number of billion-dollar disasters per year is seven.

The disasters this year include the ongoing Western drought, the western wildfires, severe weather and flooding in California early in January, severe weather in the central U.S. over the summer and four tropical cyclones.

The cost of damage to property and infrastructure from these events, and others during the first nine months of the year, have totaled to more than $104 billion, which is already $4 billion more than all of 2020. Last year, was record breaking with a total of 22 events weather/climate disasters. The previous record number of billion-dollar disasters was 16.

Since 1980, the country has experienced 308 weather and climate disasters that reached or exceeded $1 billion in damages and costs. In total, the events cost more than $2 trillion. According to NOAA, the total costs for the last five years alone make up for nearly one third of the 42-year period.

The frequency of extreme weather events is due to climate change, increase exposure and vulnerability.

Severe storms, like thunderstorms and tornadoes are what the country experiences most but the events responsible for the highest total costs and deaths are by far tropical cyclones.

There's nothing natural about jobama but he is the biggest disaster as a president like since EVER!

Hurricane Ida turned into a severe Type 4 storm today, and on the same day it made landfall in the US state of Louisiana. New Orleans and other coastal areas have been largely evacuated due to the expected extensive damage. The US National Hurricane Center (NHC) reported winds of up...
LOUISIANA STATE・15 HOURS AGO
Richard Scott

This county has highest risk of natural disasters in Pennsylvania.

Pennsylvania is also known as the keystone state of the united state. And one of the most desirable states to live in, but in a recent Federal Emergency Management Agency (FEMA) survey, Philadelphia county's most famous place in Pennsylvania is the riskiest area. And this survey is not based on the crime rates.
PENNSYLVANIA STATE・7 HOURS AGO
PIX11

For many of us around the country, it hasn't quite felt like winter yet. A new projection from NOAA shows that's not likely to change soon.
ENVIRONMENT・3 HOURS AGO
Interesting Engineering

China Used Cloud-Seeding To Modify the Weather For Political Celebration

China successfully used cloud seeding to control the weather, reduce pollution, and improve the air quality index of its capital city of Beijing ahead of a major political event in July, according to a study by scientists at Tsinghua University, as reported by South China Morning Post. Cloud-seeding is a...
ENVIRONMENT・12 HOURS AGO

The water infrastructure of western United States is constructed on a melting foundation, and experts are worried that the implications will be disastrous unless something is done about global warming. California's Snow Season Could Become Almost Nonexistent. As per new models, the snow season in California might be nearly non-existent...
ENVIRONMENT・20 HOURS AGO