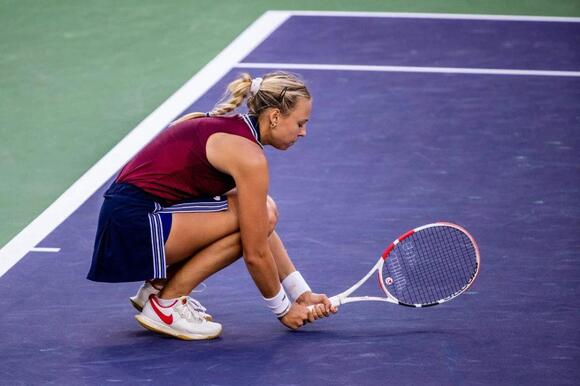 No. 9 seed Anett Kontaveit of Estonia beat unseeded Marketa Vondrousova of the Czech Republic 6-3, 6-4 to reach the finals of the VTB Kremlin Cup on Saturday in Moscow.

Kontaveit will contest her fifth final of the year against Russia’s Ekaterina Alexandrova, who advanced after third-seeded Maria Sakkari of Greece retired in the other semifinal while trailing 4-1.

Kontaveit, who has won two titles this year, won in her only previous meeting against Alexandrova. 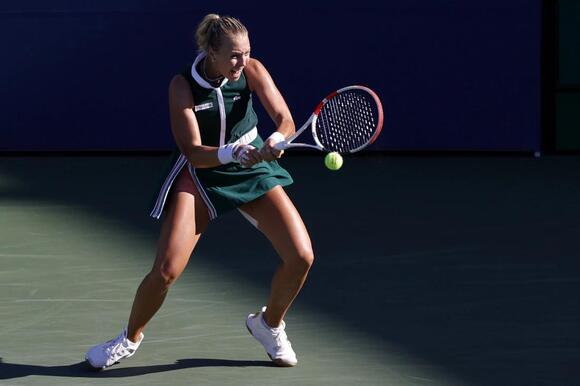 Osorio Serrano fended off six of eight break chances and converted all four of her own in the victory.

In the final, she’ll face American Ann Li, who steamrolled France’s Alize Cornet 6-2, 6-1 in the other semifinal.

Belgium’s Luca Brecel compiled four centuries to sink Kyren Wilson and become the first player from continental Europe to reach the UK Championship final in YorkThe 26-year-old rose to the biggest match of his career in spectacular fashion, starting with a 130 clearance and rounding off a 6-4 win with a showboating 112.Wilson, installed as favourite after beating Ronnie O’Sullivan in the last eight, grabbed a century of his own in the second frame but could make little impression in the face of such an onslaught from the world number 40.“It feels incredible to put up a performance like that...
SPORTS・2 DAYS AGO
The Independent

Belgium’s Luca Brecel is looking to lock in the biggest win of his career in York on Sunday after revealing he was almost caught short in his quest to become the first player from continental Europe to land a ‘triple crown’ title.Brecel swept in four centuries plus two more breaks over 80 to sink Kyren Wilson 6-4 and reach the UK Championship final, starting with a clearance of 130 and rounding off his victory in ice-cool fashion with a show-boating 112.But the 26-year-old, a two-time former ranking event winner, said he had been reduced to panic earlier this week when...
SPORTS・2 DAYS AGO
BBC

Novak Djokovic not ready to commit to Australian Open

World No. 1 Novak Djokovic isn’t ready to say whether he will defend his Australian Open title next month in
TENNIS・2 DAYS AGO

TURIN, Italy (Reuters) -Croatia became the first team through to the last four of the Davis Cup Finals after doubles pair Nikola Mektic and Mate Pavic beat Italian duo Fabio Fognini and Jannik Sinner to seal a 2-1 victory in Turin on Monday. Sinner had battled back from the brink...
TENNIS・7 DAYS AGO
Tennis World Usa

World No. 3 Garbine Muguruza felt a great honor and pleasure after meeting the King and Queen of Spain. Following her WTA Finals victory, Muguruza met King Felipe and Queen Letizia of Spain at the Royal Palace. Muguruza, a two-time Grand Slam champion, captured her maiden WTA Finals title after beating Anett Kontaveit in the final in Guadalajara.
TENNIS・3 DAYS AGO
San Diego Union-Tribune

Samoa Pacific Games participant Ezekiel Macario pulled off an upset over Nathan Guerrero in the men’s open singles play in the NMI Badminton National Championships last Friday at the TSL Sports Complex. Macario, who represented the NMI in the 2019 Pacific Games in Apia, Samoa, was pitted against fellow national...
SPORTS・8 DAYS AGO

The U.S. set a world record in winning the men's team pursuit and the Netherlands swept the men's 1,000 meters for the third straight speedskating World Cup
SAN DIEGO, CA・1 DAY AGO
Sportsnaut

World No. 46 Bianca Andreescu announced Monday that she won’t play in the upcoming Australian Open to give herself “extra
TENNIS・5 HOURS AGO