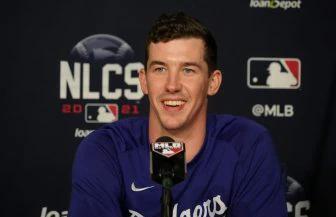 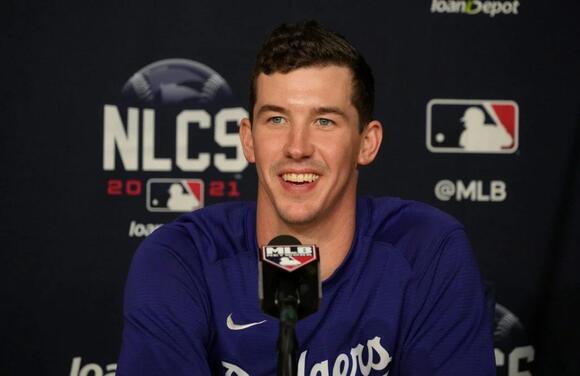 Buehler (0-1, 3.77 ERA) was ushered to start on three days’ rest in place of ace Max Scherzer, who said Sunday that his “arm was dead.”

The 27-year-old Buehler initially was slated to start a potential Game 7 against the Braves, who hold a 3-2 lead in the best-of-seven series.

Buehler came back on short rest to pitch Game 4 of the NL Division Series against the San Francisco Giants, and he turned in 4 1/3 innings of one-run ball as the Dodgers posted a 7-2 victory to force a decisive fifth game, which they won. 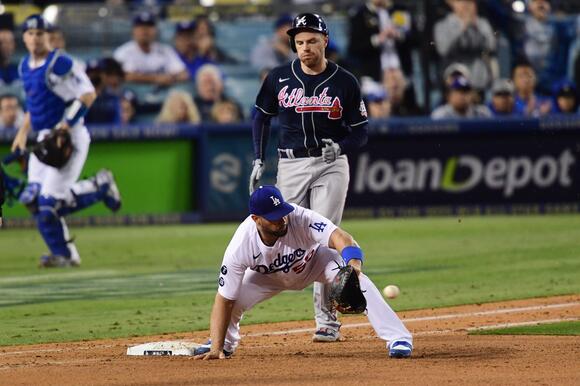 Los Angeles has been without veteran left-hander Clayton Kershaw throughout the postseason due to a forearm injury.

The Dodgers acquired Scherzer from the Washington Nationals in a July 30 trade, and he went 7-0 with a 1.98 ERA in the regular season for Los Angeles, with the team winning all 11 of his starts. He is 0-1 with a save and a 2.16 ERA in four appearances (three starts) during the 2021 postseason.

He threw 179 1/3 innings during the regular season and has added 16 2/3 innings in the postseason.

Scherzer, a three-time Cy Young Award winner, led the Nationals to the 2019 World Series title. He went 3-0 with a 2.40 ERA in six postseason games (five starts) that year.

Freddie Freeman has donned only a single uniform throughout his Major League Baseball career. And if the Atlanta Braves have their way, it’s the only uniform he’ll ever wear. But the path to that end may not come without come some hiccups. Freeman is currently a free agent and seeking...
MLB・18 DAYS AGO
92.9 The Game

Will Ozzie Albies finally get his bat going in the World Series against the Houston Astros? Did Brian Snitker make the right move by sliding Ozzie Albies down the batting order?
MLB・28 DAYS AGO
FanSided

The Atlanta Braves are on top of the world, and rightly so. But just as the World Series ends, the offseason begins. These Braves won’t be back to potentially repeat. The Braves surprised all of baseball, taking a team without Ronald Acuña, Jr. and a suspect bullpen to the MLB mountaintop. Now, Alex Anthopoulos must start all over again.
MLB・27 DAYS AGO
Larry Brown Sports

After coming up short in this year’s playoffs, the Los Angeles Dodgers could be going back to their fundamentals: acquiring another big name. Bob Nightengale of USA Today Sports reported this week that the Dodgers are interested in former Cy Young candidate Sonny Gray, having engaged in trade talks with the Cincinnati Reds. Fellow Reds starter Luis Castillo was also included in those discussions, Nightengale adds.
MLB・16 DAYS AGO

The Red Sox could steal Chris Taylor away from the Dodgers. Chaim Bloom’s vision for rebuilding the Boston Red Sox was expected to follow a similar blueprint to the one his old mentor Andrew Friedman used to turn the Dodgers into a juggernaut. We didn’t realize that plan involved prying several of his players away from Los Angeles.
MLB・12 DAYS AGO
The Spun

The Los Angeles Dodgers fell short of their goal of repeating as World Series champions and now face many difficult roster decisions this offseason. Chris Taylor was among the team’s players to reach free agency, which is a group that consists of several key contributors. He earned a first career...
MLB・9 DAYS AGO
The Spun

It could be the end of an era in Los Angeles. Major League Baseball teams have until 5 p.m. E.T. on Sunday to make qualifying offers to free agents. The qualifying offer – a one-year deal for 2022 worth $18.4 million – is only available for certain free agents. If a player passes on a qualifying offer and signs elsewhere, their old team receives a MLB Draft pick compensation.
NFL・23 DAYS AGO

Andrew Heaney had a terrible end to his LA Angels career, and it didn’t end there. After posting a 5.27 ERA with the Angels in 18 starts last year, he went to the Yankees and posted a 7.32 ERA over 12 games (five starts). It was a really awful year for Heaney, and it would appear that he’d have a tough time finding a new home for next year. Besides, he hasn’t had a sub-4 ERA since 2015.
MLB・22 DAYS AGO
Dodgers Nation

After seven years with the Dodgers, Corey Seager is trading Dodger blue for a whole lot of green. A big, Texas-sized pile of green. Seager agreed to a 10-year, $325 million deal with the Texas Rangers on Wednesday, leaving LA in his rearview mirror. In the wake of Seager’s signing...
MLB・23 HOURS AGO
Sportsnaut

After helping the Atlanta Braves win their first World Series title in 26 years, outfielder Adam Duvall declined his side
MLB・26 DAYS AGO
Inside The Dodgers

Hall of Fame manager Joe Torre only spent three years at the helm with the Dodgers. In his first season, he was able to manage the team to their first NL Championship Series in 20 years. But apparently, a young lefty named Clayton Kershaw wasn't his biggest fan. Torre said in an interview this week ...
MLB・13 DAYS AGO

It remains unclear where Freddie Freeman will end up, but one thing is clear: there are no worse places for Braves fans to see him than these 3 teams. Although Braves first baseman Freddie Freeman rejected the Braves’ initial extension offer of five years for $135 million, it doesn’t mean that he rejected the prospect of returning to Atlanta.
MLB・8 DAYS AGO
The Spun

The Los Angeles Dodgers bolstered their pitching staff on Monday afternoon. According to MLB insider Ken Rosenthal, the Dodgers have signed free-agent left-hander Andrew Heaney. Heaney spent the first half of the 2021 season with the Angels before he was traded to the New York Yankees. He struggled with both...
MLB・22 DAYS AGO
FanSided

The Atlanta Braves need to make the right moves in free agency to repeat as world champions. For the first time in 26 years, the Atlanta Braves enter the offseason as World Series Champions. Atlanta overcame all odds to win the 2021 Fall Classic over the Houston Astros. This team...
NFL・13 DAYS AGO

An MLB Network analyst eyes this former Dodger to replace Andrew McCutchen. When the Philadelphia Phillies declined the $15 million team option for fan-favorite outfielder Andrew McCutchen earlier this month — making him a free-agent — the left field position immediately became one of the biggest areas the organization has to address this offseason.
MLB・14 DAYS AGO
NJ.com

A familiar name is back on the market. The Orange County Register reports the Los Angeles Dodgers designated outfielder Billy McKinney for assignment last week. MLB clubs faced a Friday deadline to set their 40-man rosters ahead of next month’s Rule 5 Draft. If McKinney passes through waivers, he could...
MLB・9 DAYS AGO
MLive.com

Beau Burrows is headed to Los Angeles. The 2015 first-round draft pick of the Detroit Tigers announced on his personal Twitter account Tuesday evening that he has agreed to a minor-league contract with the Los Angeles Dodgers, which will likely include a Spring Training invitation in March of 2022. Burrow...
MLB・6 DAYS AGO
CBS Sports

As we count down the days until the CBA expires on Dec. 1, we've got some action on the MLB rumor front. So now let's have a quick stroll though those sun-dappled meadows of scuttlebutt... Sixth year sticking point with Freeman, Braves. Freddie Freeman, first baseman and warrior-poet of the...
MLB・13 DAYS AGO