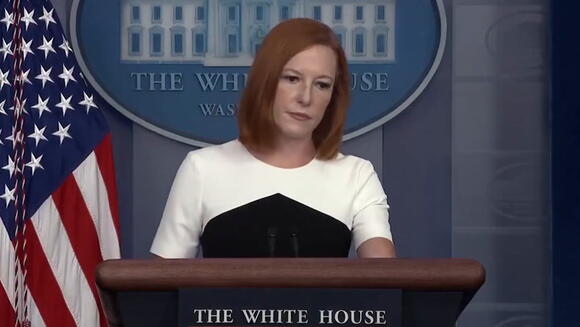 US Supreme Court Justice Sonia Sotomayor has warned that the impact of the high court’s latest refusal to block a ban on abortions at six weeks of pregnancy in Texas is “catastrophic”.

The nation’s high court agreed to fast track a review of the law, with the court beginning arguments in the case on 1 November. But the ban will remain in effect, the court ruled on 22 October.

Justice Sotomayor wrote in a seven-page opinion that she “cannot capture the totality of this harm in these pages” and criticised the court’s apparent flattening of constitutional rights protected under the landmark 1973 decision in Roe v Wade, which provides constitutional protections for women’s healthcare.

“As these excerpts illustrate, the state (empowered by this court’s inaction) has so thoroughly chilled the exercise of the right recognized in Roe as to nearly suspend it within its borders and strain access to it in other states,” she wrote. “The State’s gambit has worked. The impact is catastrophic.”

Texas Governor Greg Abbott signed Senate Bill 8 into law earlier this year, banning abortions at six weeks of pregnancy – before many people are even aware they are pregnant – including in cases of rape or incest.

“As I write these words, some of those women do not know they are pregnant,” Justice Sotomayor wrote in her dissent.

She stressed that “when they find out, should they wish to exercise their constitutional right to seek abortion care, they will be unable to do so anywhere in their home state” and may spent thousand of dollars and several days seeking care from out-of-state providers overwhelmed with other patients, or “resort to dangerous methods of self-help”.

“None of this is seriously in dispute,” she wrote. “These circumstances are exceptional. Women seeking abortion care in Texas are entitled to relief from this court now.”

Nancy Northup, president and CEO of the Center for Reproductive Rights, which is challenging the law, said in a statement that the court’s decision to leave the ban in place while the law is under view is “forcing those with means to leave the state to access constitutionally protected abortion services and leaving others with no options at all”.

“However, we are confident that when the court ultimately rules in these cases, it will reject the state of Texas’ cynical ploy to enact a brazenly unconstitutional abortion ban,” she said.

The court will hear two challenges in its review of the Texas law – one from the Center and other groups and one against the state of Texas by the US Department of Justice.

Last week, the Justice Department urged the high court to block the Texas law, arguing that leaving it place is a “plainly unconstitutional” reversal of precedent. The law is “an affront to the United States’ sovereign interests in maintaining the supremacy of federal law and ensuring that the traditional mechanisms of judicial review endorsed by Congress and this court remain available to challenge unconstitutional state laws”, the agency wrote in its brief to the court.

The Supreme Court will also hear another abortion rights case, involving a Mississippi law, in December. That case involves a challenge to a state law banning abortions after 15 weeks. With the court’s new conservative majority, anti-abortion proponents have hoped a ruling in that challenge will effectively eliminate the constitutional precedent established by Roe v Wade.

“Lack of access to safe abortion care is harming our families and communities and will have lasting effects on Texas for decades to come,” she said in a statement.

The organisation has had to “turn hundreds of patients away” since the ban took effect, and the latest Supreme Court ruling means “we’ll have to keep denying patients the abortion care that they need and deserve,” she said.

Brigitte Amiri, deputy director of the ACLU Reproductive Freedom Project, called the decision “an alarming signal that it will stand idly by while our reproductive rights are violated”.

Anti-abortion group Texas Right to Life hailed the high court’s latest move. Spokesperson Kimberlyn Schwartz called it “a great development for the pro-life movement” because justice “will actually discuss whether these lawsuits are even valid in the first place”.

I fully support the ban as long as the father of the baby is held responsible for paying child support !! Women didn’t make the baby on their own !! Hold the man responsible too !! Let there be some consequence for the man too !

thank God the Texas governor is a god fearing man that up holds life .finally someone speaking for the little babies that cannot protect their selfs !!God has got this!!

Both the father and mother of these aborted babies should bear responsibility for their actions and not be able to toss a few bucks to a shill doctor who betrays his/her Hippocratic Oath.

"Will this institution survive the stench that this creates in the public perception?" the justice asked about Mississippi's efforts to overturn Roe v. Wade.
CONGRESS & COURTS・1 DAY AGO
Slate

While Hearing the Case that Could Overturn Roe, Amy Coney Barrett Suggests Adoption Could Obviate the Need for Abortion Anyway

This morning, the Supreme Court is hearing arguments in Dobbs v. Jackson Women’s Health, a case that explicitly asks the high court to overturn Roe v. Wade. Astute listeners are trying to take their clues about the fate of Roe from the questions of the three justices whose votes are unknown—Chief Justice John Roberts, Brett Kavanaugh, and Amy Coney Barrett. This set of conservative justices, while listening to arguments about Texas’ notorious S.B. 8 last month, demonstrated some hesitation about overturning Roe and further dismantling the inherent legitimacy of the highest court in the land.
CONGRESS & COURTS・1 DAY AGO
POLITICO

Sen. Jeanne Shaheen (D-NH) predicted Monday that there would be a “revolution” if the Supreme Court overturned its landmark Roe v. Wade decision as the justices prepare to hear arguments in a highly anticipated case on the issue. During a virtual event featuring the Granite State’s House and Senate delegation,...
CONGRESS & COURTS・2 DAYS AGO

The US Supreme Court’s conservative majority have signalled they will allow states to ban abortion much earlier in pregnancy and may even overturn the nationwide right that has existed for nearly 50 years. With hundreds of demonstrators outside chanting for and against, the justices led arguments that could decide the...
CONGRESS & COURTS・1 DAY AGO
The Independent

The US Supreme Court appears poised to uphold a Mississippi law that bans abortions after 15 weeks of becoming pregnant. The nine justices presided over roughly two hours of arguments in a major case that could determine the fate of abortion access for millions of Americans, marking the biggest direct challenge to the landmark ruling in Roe v Wade that enshrined the constitutional right to such medical care.Conservative justices now hold a majority on the nation’s high court, with three appointments under President Donald Trump. A decision in the case is expected by June 2022.That potential outcome would contradict...
CONGRESS & COURTS・17 HOURS AGO
BigCountryHomepage

A tense Supreme Court hearing suggested the conservative-majority court is willing to place new restrictions on abortion. Less clear is how far the court might go.
CONGRESS & COURTS・21 HOURS AGO
The Independent

The conservative 6-3 majority on the Supreme Court is strongly signaling that it will overturn Roe v. Wade, the almost 50-year-old decision which made it illegal to ban abortion in the United States. Liberal justice Sonia Sotomayor rebuked her right-wing colleagues over the possibility of such a result with a pointed rhetorical question: “Will this institution survive the stench that this creates in the public perception that the Constitution and its reading are just political acts? I don’t see how it is possible.”Sotomayor is trying to shame her colleagues, and with good reason. Criminalizing abortion and forcing women to give...
CONGRESS & COURTS・17 HOURS AGO

The court could recognize the right to an abortion while also giving the green light to new restrictions on terminations early in pregnancies.
CONGRESS & COURTS・1 DAY AGO
Virginia Mercury

WASHINGTON — The Supreme Court is weighing potentially sweeping changes to the right to an abortion, after two hours of arguments Wednesday morning on a Mississippi law that bans most abortions after 15 weeks of pregnancy. The court’s conservatives, who hold a 6-3 majority, appeared through their questions to be sympathetic to Mississippi’s arguments that its […] The post U.S. Supreme Court considers new limits on abortions in Mississippi case appeared first on Virginia Mercury.
MISSISSIPPI STATE・1 DAY AGO
Axios

The Supreme Court on Wednesday seemed likely to weaken abortion rights and perhaps to let states ban the procedure altogether. The intrigue: The court seemed likely to throw out the framework established in Roe v. Wade, but it wasn't clear whether a majority of the justices were inclined to overturn the court's precedents entirely.
CONGRESS & COURTS・1 DAY AGO
NBC4 Columbus

More than 65 million American women would immediately lose access to an abortion in their home states if the U.S. Supreme Court strikes down the landmark case that established the right to seek the procedure nearly half a century ago.
CONGRESS & COURTS・1 HOUR AGO

Where Each Supreme Court Justice Stands on Roe v. Wade

The future of abortion rights in the U.S. could depend on the justices' willingness to overturn a precedent set almost 50 years ago.
CONGRESS & COURTS・2 DAYS AGO
MSNBC

Dahlia Lithwick, senior editor and legal correspondent for Slate, talks with Rachel Maddow about how Supreme Court conservatives will try to spin their abortion rulings as some kind of middle ground even as most Americans recognize the political agenda they're pursuing. Dec. 2, 2021.
CONGRESS & COURTS・1 DAY AGO
CBS Austin

A ruling on the Mississippi abortion ban in the Supreme Court could mean an abortion ban in Texas – regardless of whether Texas' own controversial abortion law, Senate Bill 8, or the Heartbeat Act, is upheld or not. During arguments Wednesday morning, Justice John Roberts asked the solicitor general of...
MISSISSIPPI STATE・1 DAY AGO
Union Leader

WASHINGTON — The U.S. Supreme Court on Wednesday began hearing arguments in a case on whether to gut abortion rights in America as it weighs Mississippi’s bid to overturn the landmark 1973 Roe v. Wade ruling that legalized the procedure nationwide. The court, which has a 6-3 conservative majority, heard...
CONGRESS & COURTS・1 DAY AGO

WASHINGTON — Lucia Ruta remembers a time when abortions were illegal. A native of Washington, D.C., she says she received an abortion in a back alley when she was 16, in the 1960s.  “The doctor told me that if I made as so much a whimper, he was going to stop and kick me out,” […] The post Protestors rally at Supreme Court as justices hear landmark abortion case appeared first on Arizona Mirror.
WASHINGTON, DC・1 DAY AGO
KXAN

The Jackson Women's Health Organization saw patients two or three days a week in recent years, but has doubled its hours to treat women from Texas, where a law took effect in early September banning most abortions at about six weeks, and from Louisiana, where clinics are filling with Texas patients.
CONGRESS & COURTS・1 DAY AGO
KTVU FOX 2

SAN FRANCISCO - The U.S. Supreme Court on Wednesday heard oral arguments that could undo decades of precedent and impact a woman's right to choose. Protests spanned the country from the steps of the Supreme Court to the streets of San Francisco. The protesters in the city had a message for the Supreme Court justices: to uphold and even expand abortion rights.
SAN FRANCISCO, CA・1 DAY AGO
abc27 News

How the Supreme Court’s abortion ruling could impact Pennsylvania

The U.S. Supreme Court heard arguments on a controversial abortion case Wednesday. Their ruling will have nationwide implications. The justices are specifically considering a Mississippi ban on abortions at 15 weeks. The conservative court could side with Mississippi.
PENNSYLVANIA STATE・1 DAY AGO