Brighton vs Man City prediction: How will Premier League fixture play out tonight? 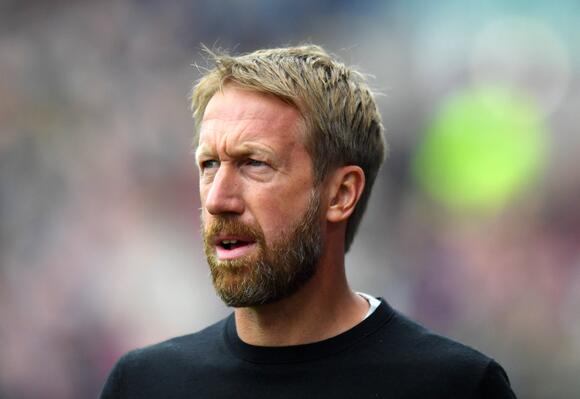 Brighton hope to continue their impressive start to the season, but face a very tough challenge as they host Manchester City on Saturday.

Graham Potter is optimistic that his outfit can keep surprising teams, but knows they have already pushed beyond what some expected .

“You know anything is possible but if you had said at the start of the season you would have 15 points from eight matches we would certainly have been happy with that. It is a good start but it is only a start. If we’re talking about the same points ratio in 30 matches’ time then of course I’ll be a lot more excited than I am now.”

Brighton are two points behind City, sitting in fourth with their opponents one place higher.

Here’s everything you need to know ahead of the game.

Yves Bissouma could be involved after being on the bench last week. Danny Welbeck is injured though and Adam Webster is a doubt for Brighton.

City are without Ferran Torres, who is set for a lengthy spell on the sidelines, but Ilkay Gundogan could start after returning to fitness. Raheem Sterling and Gabriel Jesus are battling for a starting spot.

Brighton’s defensive work has been impressive this term but they could still struggle to keep out City. Taking a point would be a fantastic effort and Brighton might be confident enough to manage it. Brighton 1-1 Man City

The most prestigious individual prize in world football will be handed out on November 29, so who is most deserving of the honour?. The nominees for the 2021 prize have been announced, with 29 players joining 2019 winner Lionel Messi on the shortlist. The winner will be announced on Monday,...
UEFA・2 DAYS AGO
CityXtra

Pep Guardiola’s men came back strong against Club Brugge and Manchester United before the international break, with the Citizens making a mockery of their cross-town rivals in a 2-0 victory courtesy of an all-round effort from the whole team. As we return from yet another dreadful international break, all the...
PREMIER LEAGUE・10 DAYS AGO
TechRadar

Man City vs Everton live stream: how to watch 2021 Premier League from anywhere

Having not tasted victory in five games, Everton boss Rafael Benitez knows he has a tough task steadying the ship today as his side face the defending champs at the Etihad. Read on to find out how to watch Man City vs Everton online and get a Premier League live stream, no matter where you are in the world today.
NFL・10 DAYS AGO
90min.com

Manchester City resume domestic matters by hosting Everton in the Premier League on Sunday afternoon. Pep Guardiola's side have endured a rocky time of late, although bounced back from two successive defeats to win twice heading into the international break. The first of those came in the Champions League as...
PREMIER LEAGUE・12 DAYS AGO

The Steven Gerrard era starts in earnest this weekend as Aston Villa welcome Brighton to Villa Park. The former Rangers boss was appointed last week when the Villa hierarchy dismissed Dean Smith following the side's 1-0 defeat to Southampton prior to the international break. Gerrard arrives from Scottish Premiership champions...
PREMIER LEAGUE・13 DAYS AGO
The Independent

Gabriel Jesus completed Manchester City’s comeback to beat Paris Saint-Germain 2-1 and secure a place in the round of 16 of the Champions League as group winners on Wednesday.PSG is also sure of going through as runner-up in Group A thanks to Leipzig beating Club Brugge 5-0.The clash of the competition’s wealthiest teams, who are yet to win European football’s top prize, fully came to life in the 50th minute when Kylian Mbappe put PSG ahead after an interchange between Lionel Messi and Neymar.But the attacking dominance by City that defined the first half saw Raheem Sterling’s outstretched left...
PREMIER LEAGUE・7 DAYS AGO
The Independent

Man City are taking on PSG in a match which could decide who wins Champions League group A.City have three wins from their four games so far, with their only defeat coming at the hands of Lionel Messi in Paris, while PSG are second in the group, one point back.PSG’s build-up to the game has been overshadowed by reports the manager Mauricio Pochettino is ready to quit for Manchester United, with Zinedine Zidane his possible replacement.Follow Man City vs PSG LIVE!Pep Guardiola has clearly staked plenty on this game, resting Ruben Dias in the Premier League and replacing Phil Foden...
PREMIER LEAGUE・7 DAYS AGO
vavel.com

Manchester City and West Ham United return to domestic action this weekend, as they meet at the Etihad Stadium. The two sides both picked up crucial wins in Europe in mid-week and will be looking to transfer their form to the Premier League as the busy festive period continues. Team...
PREMIER LEAGUE・4 DAYS AGO

Pep Guardiola’s men left everyone in awe with a near-perfect performance on the Etihad pitch against an all-star Paris Saint-Germain side that featured a 2-1 victory on matchday five of the Champions League group stage. With knock-out stage qualification and the top spot in Group A now confirmed for the...
PREMIER LEAGUE・4 DAYS AGO
Sports Illustrated

Pep Guardiola’s men put up a dominant display against Paris Saint-Germain in the Champions League. A Raheem Sterling finish from close range and a brilliant Gabriel Jesus tap in helped the Citizens secure the top spot in Group A via a 2-1 victory. The defending champions head back to Premier...
PREMIER LEAGUE・3 DAYS AGO
CityXtra

Christmas well and truly arrived at the Etihad Stadium on Sunday afternoon, with heavy snowfall prior to the match and throughout the first-half against West Ham. In spite of the tough conditions, Pep Guardiola's side battled to a relatively comfortable 2-1 victory, courtesy of strikes from Ilkay Gundogan and substitute Fernandinho.
PREMIER LEAGUE・1 DAY AGO

The Premier League is back in action on Wednesday. Current Records: Brighton & Hove Albion 4-3-6; West Ham United 7-4-2 Brighton & Hove Albion and West Ham United are meeting up for their first leg of the season at 2:30 p.m. ET on Wednesday at London Stadium. Last year, Brighton and West Ham were perfect equals, playing to 2-2 and 1-1 draws.
PREMIER LEAGUE・19 HOURS AGO
sportsaldente.com

The Ballon d’Or winner will be announced within a few days, and there has been a lot of ongoing speculation surrounding the winner. People are predicting it to be either Lionel Messi or Robert Lewandowski. But we will not focus on that. Our sole focus will be Manchester City vs West Ham United. Since that we are on the verge of matchday 13 of the English Premier League, we will be getting several interesting matches. The timing of the Premier League is good as it falls on the weekend. On the weekends, people are less busy and can enjoy the league matches to the fullest. We will be having quite a time this weekend.
PREMIER LEAGUE・15 HOURS AGO
The Independent

When Thomas Tuchel comes in after games and scans the other results, he doesn’t automatically go to Liverpool or Manchester City. At least not yet.“There are some teams behind us who show consistency, who show quality, who show determination,” the Chelsea manager said last week. “This is what it is. You have a right to be proud of your competition here, in the Premier League, and for us it feels good because we are in the middle of that race and we want to stay here. I don’t know if it will settle down.”There is a bit of a...
PREMIER LEAGUE・23 HOURS AGO
The Guardian

Clockwatch: Chelsea, Man City and Liverpool all won to keep the pressure on each other at the top of the table, while Everton fans are increasingly mutinous
PREMIER LEAGUE・7 HOURS AGO
The Independent

Bernardo Silva’s exquisite volley inspired Manchester City to a battling 2-1 win at Aston Villa.The forward’s brilliant strike proved the difference as City were made to fight for a fourth straight Premier League win.Silva’s first-half screamer added to Ruben Dias’ opener had the champions in cruise control before Ollie Watkins’ goal after the break made life uncomfortable.Jack Grealish was a late substitute on his first return to Villa Park since his £100million summer move to the Etihad to earn a mixed reception.Chelsea’s 2-1 win at Watford made victory imperative for City and they sit a point behind the leaders in...
PREMIER LEAGUE・8 HOURS AGO
The Independent

If this is an “emergency”, it is the sort many another would want. Pep Guardiola’s injury crisis proved anything but critical for Manchester City as a performance of authority and excellence was garnished by an improbable strike by Ruben Dias and a gorgeous goal from Bernardo Silva.Steven Gerrard tended to be a byword for the spectacular in his playing days so perhaps a scorer of great goals was beaten by the sort of brilliance he almost trademarked. Gerrard’s first defeat as Aston Villa manager came courtesy of the club who denied him the title in 2014; the City fans’ chants,...
PREMIER LEAGUE・3 HOURS AGO
NBC Sports

Leicester vs Watford: The Foxes need a win at the King Power Stadium on Sunday (Watch live at 9 am ET, on Peacock Premium), or they’ll find themselves below the Hornets in the Premier League table. There’s no two about it, Leicester’s start to the season has been abysmal given...
PREMIER LEAGUE・5 DAYS AGO
Absolute Chelsea

Leicester City vs Chelsea: How to Watch/Live Stream | Premier League

Chelsea face Leicester City in the Premier League on Saturday afternoon at the King Power Stadium in their first game back after the November international break. It was a disappointing 1-1 draw for Thomas Tuchel's side earlier this month prior to the break as they were held by Burnley at home despite a dominant display at Stamford Bridge.
PREMIER LEAGUE・14 DAYS AGO