Crystal Palace vs Newcastle prediction: How will Premier League fixture play out today? 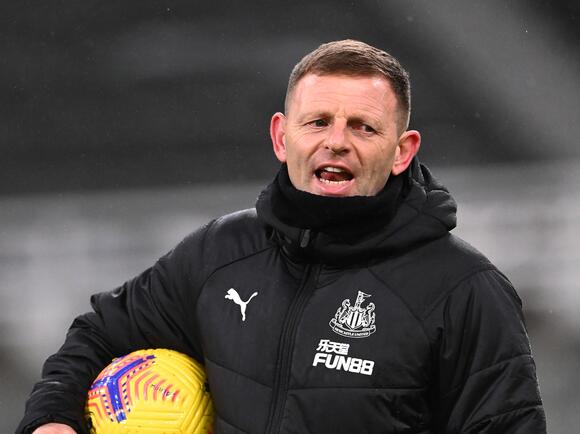 Crystal Palace host Newcastle United this afternoon in the Premier League as the manager-less Magpies try to kickstart their season.

Newcastle arrive at Selhurst Park after the sacking of Steve Bruce , with Graeme Jones taking temporary charge until a replacement is found.

Palace meanwhile are enjoying life under Patrick Vieira, although conceding a late equaliser at Arsenal last time out summed up their season of performances without the results to match.

Newcastle come into the game 19th in the league and still searching for a first win of the season, while Palace are 14th having drawn their past three games.

The game is not available on TV in the UK. Highlights will be shown on Match of the Day on BBC One at 10.30pm BST.

Palace hope to have Wilfried Zaha back after suffering from illness and missing the Arsenal game. Newcastle are without the suspended Jonjo Shelvey and injured Paul Dummett.

Palace have looked good this season without always getting the results their performances deserve. Newcastle by contrast have been poor, and they are unlikely to dramatically improve until a new manager whips them into shape. Palace 2-0 Newcastle.

Mark Lawrenson takes on singer-songwriter and Everton fan Zuzu for the latest round of Premier League predictions. Crystal Palace are in really good form but there have been signs of improvement from Burnley too, and they are now three games unbeaten in the league. We've seen the Clarets go on...
PREMIER LEAGUE・9 DAYS AGO
90min.com

Burnley host Crystal Palace on Saturday afternoon in the Premier League as we welcome club football back into our lives following a rather boring international break. The Clarets have endured a very tough start to the season, having won just one of their opening 11 league fixtures. Five draws and five defeats in the other ten leave them 18th in the table, although their spirits will have been lifted in the couple of weeks prior to the international break, beating Brentford 3-1 before snatching an unlikely point at Chelsea last time out.
PREMIER LEAGUE・9 DAYS AGO
goal.com

The Ivory Coast international played a crucial role as the Clarets came from behind twice for a vital point at home. Maxwel Cornet has become the first Burnley player to score five goals in his first six Premier League starts for the club. The former Lyon winger scored Burnley’s third...
PREMIER LEAGUE・7 DAYS AGO
CBS Sports

The Premier League is back in action this Saturday although Eddie Howe will have to wait another week to begin his reign on the Newcastle sideline. A positive Covid test will keep the new manager from making his debut. Who's Playing. Brentford @ Newcastle United. Current Records: Brentford 3-5-3; Newcastle...
PREMIER LEAGUE・8 DAYS AGO

Burnley v Crystal Palace live stream: How to watch the Premier League from anywhere in the world

Burnley v Crystal Palace live stream, Saturday 20 November, 3pm GMT. Burnley and Crystal Palace will be hoping to extend their respective unbeaten runs when they go head-to-head on Saturday afternoon. Sean Dyche’s side failed to win any of their first nine matches this season, before bringing that barren stretch...
PREMIER LEAGUE・8 DAYS AGO
firstsportz.com

A breathless first half brought five goals as the lead was traded.Christian Benteke put the visitors in front before Ben Mee and Chris Wood headers had Burnley ahead. But two goals in five minutes just before the break, from Benteke and Guehi, meant the Eagles led at the interval. Maxwel...
PREMIER LEAGUE・7 DAYS AGO
vavel.com

Crystal Palace and Burnley played out an end-to-end game of football at Turf Moor on Saturday afternoon - six goals was the result at the end of the game, with neither side separated at the full time whistle. Two goals from Christian Benteke and a single goal by Marc Guehi was not enough to take all three points in a thrilling game for the neutral.
PREMIER LEAGUE・7 DAYS AGO
Tribal Football

Clockwatch: There were wins for Arsenal, Liverpool and Aston Villa, while Norwich and Wolves play out scoreless draw at Carrow Road
PREMIER LEAGUE・21 HOURS AGO
90min.com

Newcastle travel to face Arsenal in the Premier League this weekend as Eddie Howe looks to haul the Magpies off the foot of the table heading into a busy month of fixtures. The former Bournemouth boss could not be in the dugout for his side's 3-3 draw with Brentford last time out after he contracted COVID-19, casting a keen eye from home as Newcastle's defensive frailties were laid bare.
PREMIER LEAGUE・3 DAYS AGO
90min.com

Steven Gerrard faces his first away trip as Aston Villa boss as he takes his side to south London to take on Crystal Palace in the Premier League. The former Rangers manager couldn't have dreamt of a better start in the Villa dugout last weekend as his side ran out 2-0 winners against Brighton.
PREMIER LEAGUE・2 DAYS AGO
The Independent

Arsenal returned to winning ways and deepened Newcastle United’s relegation worries as goals by Bukayo Saka and Gabriel Martinelli sealed a comfortable 2-0 Premier League win on Saturday.Bottom club Newcastle had new manager Eddie Howe on the touchline for the first time after he was forced to isolate due to a positive COVID-19 test, but they were well beaten in the end and remain without a league win after 13 games.Arsenal, whose 10-game unbeaten run in all competitions came to a juddering halt at Liverpool last week, dominated the opening half with Pierre-Emerick Aubameyang missing a sitter.But their patience...
PREMIER LEAGUE・1 DAY AGO

This week's Premier League predictions has a huge match on Sunday between Thomas Tuchel's Chelsea and Manchester United, who are set to be taken over by Tuchel's mentor Ralf Rangnick. The fixtures also include Arsenal facing bottom of the league Newcastle and Liverpool coming up against an unknown Southampton. Damon...
PREMIER LEAGUE・1 DAY AGO
goal.com

The Senegalese set up a goal at Selhurst Park but his effort was too late for the Eagles. A Cheikou Kouyate assisted Marc Guehi goal was too late as Wilfried Zaha and Michael Olise-featured for Crystal Palace in a 2-1 home defeat to Aston Villa in the Premier League on Saturday.
PREMIER LEAGUE・20 HOURS AGO
firstsportz.com

Villa made a positive away start as Targett contributed in the attacking role scoring in the early stages of the game giving Villa a 0-1 lead at the completion of half-time. McGinn doubled the lead in the 2nd half gifting Gerrard yet another win. Crystal Palace got a poor start but Guehi scored a last minute goal creating some hope.
PREMIER LEAGUE・21 HOURS AGO
San Diego Union-Tribune

Newcastle still winless in EPL after 2-0 loss at Arsenal

Newcastle's winless start to the Premier League season has extended to 13 games after a 2-0 loss at Arsenal
SAN DIEGO, CA・1 DAY AGO
The Guardian

Weekend football countdown: Get the latest from David Tindall as the 12-team draw for the European qualifying play-offs takes place
PREMIER LEAGUE・1 DAY AGO
AFP

Liverpool crushed Southampton 4-0 on Saturday to put pressure on Premier League leaders Chelsea as Arsenal got back on track with victory over Newcastle to hand Eddie Howe his first defeat as Magpies manager. Steven Gerrard made it two wins out of two as Aston Villa boss with a 2-1 win at Crystal Palace while the matches between Norwich and Wolves and Brighton and Leeds both ended goalless. Diogo Jota scored twice for Jurgen Klopp's Liverpool -- including one goal after just 97 seconds -- to warm the Anfield faithful on a bitterly cold afternoon on Merseyside. Liverpool's third consecutive victory in all competitions since losing at West Ham lifted them to second in the table, one point behind Chelsea, who host Manchester United on Sunday.
PREMIER LEAGUE・19 HOURS AGO
The Independent

Aston Villa midfielder John McGinn was happy to take on board Steven Gerrard’s advice after he scored in Saturday’s 2-1 win at Crystal Palace The former Rangers boss called on the Scotland international to shoot more and he delivered with a wonderful curled effort in south London.McGinn had fired wide from a similar position in the first half but atoned in the 86th minute at Selhurst Park with what proved the winning goal after Marc Guehi netted a late consolation for the hosts in stoppage-time.“The manager told me if I get in those positions to let rip,” Villa’s number seven...
PREMIER LEAGUE・5 HOURS AGO