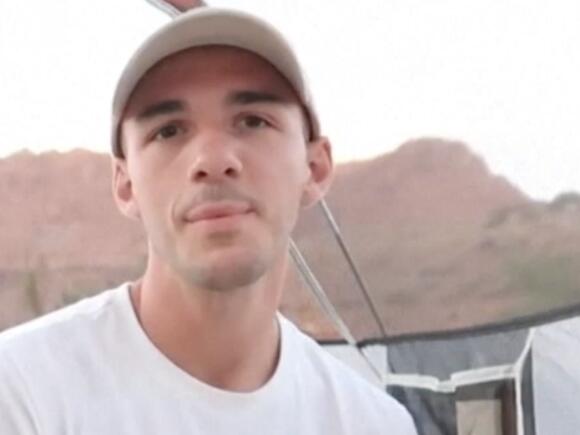 After nearly a month long search for Brian Laundrie, the FBI announced it located human remains inside the Myakkahatchee Creek Environmental Park in North Port.

Numerous law enforcement agencies including the North Port Police Department searched the nature park and the nearby Carlton Reserve.

The search started after Laundrie's parents reported him missing in September to law enforcement. His parents said he went on a hike and did not return.

Officials have not released the cause of death for Laundrie, but identified his remains through dental records.

"It's the quickest and that's why we got that answer so rapidly yesterday. It is not the gold standard that would be DNA, but I'm quite confident that medical examiner's office in Sarasota is continuing to do that test as well," said retired FBI Special Agent Brian Kensel.

Brian Kensel, a retired FBI Special Agent in Tampa, has more than 30 years of experience. He worked on "violent crimes" like bank robberies, kidnappings and extortions. He helped capture fugitives.

Kensel said it will be more difficult, but not impossible to determine a cause of death from skeletal remains.

"The coroner of course already knows what he or she has to work with," said Kensel.

According to the FBI, authorities located a backpack and a notebook belonging to Laundrie.

"It was probably a paper notebook, if that was the case and it was underwater, right now what is happening is the FBI is very, very carefully drying that out and will not open it for fear of damaging any content until they got it dried and then very carefully with gloves, open each page," said Kensel.

Kensel said the FBI has a laboratory which is incredible at recovering writing even if the document has been underwater.

"I hope this notebook sheds light on the questions on which we all want answers," he said.

Laundrie remains the only "person of interest" in the homicide of his fiance, Gabby Petito. In September, authorities discovered Petito's remains near Grand Teton National Park in Wyoming. Officials said she died by strangulation.

"Wyoming has every restrictive laws as far as what they can release from a medical examiners office from an autopsy exam. Fortunately, Florida is not as restrictive in that regard so we will have more information about Mr. Laundrie's death than we may have about Ms. Petito's death, said Kensel.

Kensel said an exact time or day of death will not be known.

"It will be by expectation that the coroner gives a window of time of death that will be closer to the five weeks that he has been missing rather than most recent as a week or two, the skeletal remains support that," he said.

"They will also continue the investigation to try and determine if Mr. Laundrie was responsible for Gabby Petito's death."

What a waste of two young peoples lives. All they would have had to do is walk away after the first physical strike (regardless of who initiated). It's really the only way, yet millions suffer for years before realizing this simple fact.

I still don’t believe he’s dead! Wonder if the dental records were switched?

A man accused of killing and dismembering a woman and dumping her body into McKay Bay will find out whether or not he'll be offered bail.
PUBLIC SAFETY・9 HOURS AGO
ABC Action News WFTS

A serial bank robber, with a history of robbing banks two decades ago, was arrested Tuesday within minutes of robbing a Clearwater bank, police said.
CLEARWATER, FL・12 HOURS AGO
ABC Action News WFTS

A Sebring man is facing charges after Florida Fish and Wildlife Conservation Commission (FWC) officials say he shot and killed a female black bear and a cub in October.
SEBRING, FL・18 HOURS AGO

Hillsborough County Fire Rescue says they are still investigating what started the fire in an upstairs unit of a Tampa apartment complex.
TAMPA, FL・15 HOURS AGO
ABC Action News WFTS

The FDLE is investigating after a Hillsborough County man was found dead in Lake City Sunday. According to state law enforcement, a local rapper from Riverview is accused of killing him.
TAMPA, FL・3 DAYS AGO
ABC Action News WFTS

A pedestrian was killed early Monday morning in a deputy-involved crash in Largo, according to the Pinellas County Sheriff's Office.
LARGO, FL・1 DAY AGO

A Hernando Sheriff deputy and a K-9 were in a serious accident at Cortez and Jasmine Friday night.
HERNANDO COUNTY, FL・4 DAYS AGO
ABC Action News WFTS

Several people who claimed to do work for Ceres Marine Terminals, Inc., the company that provided cruise stevedoring and terminal management and operations for the Port of Tampa, have been federally indicted.
TAMPA, FL・8 DAYS AGO