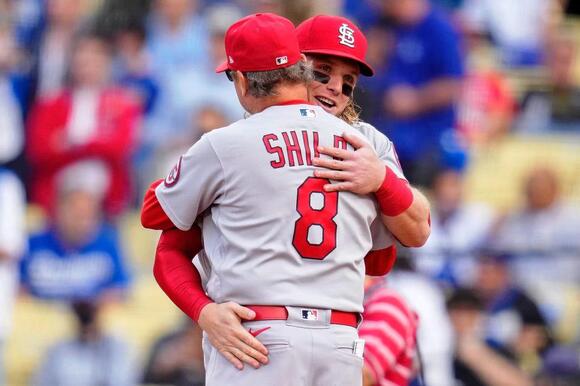 Following another disappointing season, with frustration mounting, Cardinals’ management determined manager Mike Shildt needed to go after three and a half seasons.

Blame for a disappointing year almost always falls on the manager first. But Shildt, who made the postseason in all three years, wasn’t the catalyst for the Cardinals’ 2021 season. The organization’s issue is they have a roster that’s underperforming. 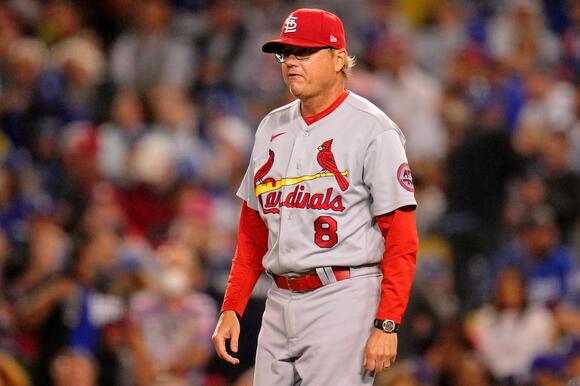 Keeping in mind that they improved after the MLB trade deadline, the Cardinals received lackluster production from their lineup for the bulk of the 2021 season. This isn’t supposed to happen. 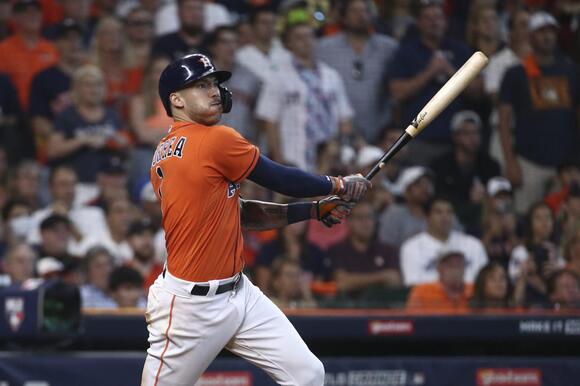 Goldschmidt and Arenado are arguably the best corner infield duo in MLB. Molina and Carpenter are clutch hitters, Edman is a smooth contact hitter and DeJong has considerable pop. O’Neill had a breakout season, launching 34 home runs , and Carlson slugged at a reasonable rate in his first complete MLB season.

The offense falling short of expectations has been the story for the Cardinals in each of the last three seasons.

Can coaching be blamed for an offense failing to live up to the hype? Of course, but coaches also can’t swing the bat for players. The Cardinals have the talent to be a top-10 offense.

Two years ago, Jack Flaherty was a force to be reckoned with. He struggled in a COVID-shortened 2020 season (4.91 ERA, 1.21 WHIP ). St. Louis hoped its ace would rebound in 2021, but the young righty was limited to 15 starts due to multiple injuries. Fellow right-hander Miles Mikolas, a fixture in the Cardinals’ rotation the previous two years, missed the bulk of the regular season with a shoulder injury.

It’s difficult to expect a team to contend without its top gun and another reliable force on the hill every fifth day. Impressively enough, though, the Cardinals’ rotation remained a respectable unit without Flaherty and Mikolas.

Adam Wainwright was spectacular from start to finish, posting a 3.05 ERA in the regular season. The 40-year-old Cy Young candidate pitched very well in the NL Wild Card Game, surrendering just one run across 5.1 innings. 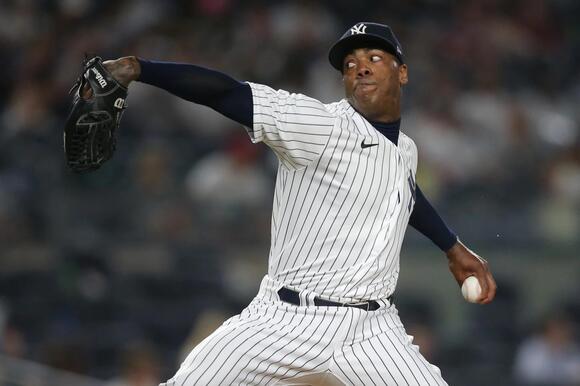 When healthy, Kwang Hyun Kim (3.46 ERA) was a sturdy force, frequently evading damage and keeping the score close. After coming over at the trade deadline, J.A. Happ and Jon Lester provided a sense of stability for Shildt’s rotation.

Shildt managed this pitching staff without a pair of crucial starters and this team still fielded a reliable unit. If not for significant injuries to crucial players during the season, the Cardinals might have won the NL Central.

You have to win to get ownership and the fans behind you. Fielding a highly-paid playoff roster yet failing to win an NLCS game, as well as the team beginning to churn too late this season were reasons for the organization to cut ties with Shildt.

Simultaneously, one can critique the Cardinals’ front office for a pair of midseason trades for Happ and Lester. With the Cardinals failing to reach the NLDS, these moves look awful. 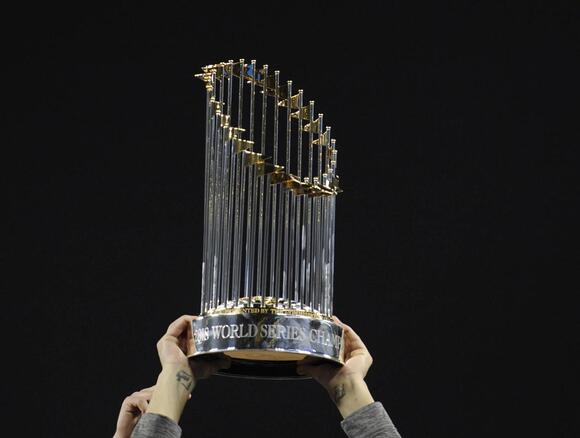 Why do they look so bad? John Gant, sent to the Minnesota Twins for Happ, found success to the tune of a 3.42 ERA in split time as a starter and reliever with the Cardinals. Lane Thomas, who St. Louis shipped to Washington for Lester, raked for the Nationals while commanding the outfield to the extent that the team has its new everyday center fielder.

Surely, Gant and particularly Thomas probably don’t have the level of success or hold down the roles they have on their new teams with the Cardinals. That said, these trades speak to the front office poorly assessing the talent on its roster.

The Cardinals have a traditional-esque roster with individuals capable of better performance. How does moving on from a manager with just one more year left on his contract change that dilemma? It doesn’t.

St. Louis should’ve stuck it out another year with Shildt. It’s difficult to envision them winning more than 90 games, which is the amount of games they won this season, just because a new face is in the dugout. If they happen to do as such, it’ll be because their offense played up to its billing.

Shildt did a great job, considering Mo not helping one bit. Yeah, Mo, sit on your hands at the winter meetings AGAIN and blame someone else.

Former St. Louis Cardinals manager Mike Shildt spoke recently about just how hard it was to lose his job after this season. He joined MLB Network on Tuesday.
MLB・15 DAYS AGO
scoopswithdannymac.com

Bernie On The Cardinals: Oli Marmol, Mike Shildt, and The Agony and Excitement Of Managing.

The former manager and the new manager had something to say this week. There was Mike Shildt, the longtime organizational fixture who was unexpectedly sacked by the Cardinals just over a month ago. There was Shildt’s protege and bench coach and replacement, Oli Marmol, now MLB’s youngest manager at age 35.
MLB・14 DAYS AGO
bleachernation.com

If you want to know what the ABSOLUTE FLOOR is for a Carlos Correa free agent contract, the Houston Astros just supplied it. After reports of previous extension efforts that came up well short, the Astros have made an offer to retain Correa now that he is actually on the doorstep of free agency:
MLB・25 DAYS AGO
The Spun

Former Mets pitcher Pedro Feliciano reportedly passed away in his sleep on Sunday night. ESPN’s Eduardo Perez first had the news on his Twitter account on Monday morning. Feliciano was just 45 years old and was reportedly jet skiing on Sunday with his family. Feliciano played nine seasons in the...
MLB・23 DAYS AGO

The New York Yankee family was saddened to learn of the passing of ex-Yankee manager Bill Virdon. Virdon was manager of the Yankees during 1974 and 1975 before being replaced in 1975 my the new manager Billy Martin. In 1974 he won 89 games for the Yankees. However, Virdon’s claim...
MLB・7 DAYS AGO
92.9 The Game

Will Ozzie Albies finally get his bat going in the World Series against the Houston Astros? Did Brian Snitker make the right move by sliding Ozzie Albies down the batting order?
MLB・29 DAYS AGO
FanSided

The Atlanta Braves are on top of the world, and rightly so. But just as the World Series ends, the offseason begins. These Braves won’t be back to potentially repeat. The Braves surprised all of baseball, taking a team without Ronald Acuña, Jr. and a suspect bullpen to the MLB mountaintop. Now, Alex Anthopoulos must start all over again.
MLB・28 DAYS AGO
FanSided

The A’s are the perfect trade partner for St. Louis Cardinals

The Oakland A’s are an ideal trade partner for Cardinals, and present exactly what St. Louis needs. The The St. Louis Cardinals need starting pitching, but adding it won’t be easy or cheap. Noah Syndergaard, Eduardo Rodriguez and Justin Verlander all signed lucrative contracts, setting the stone for what will be an expensive winter for free-agent starting pitchers.
MLB・13 DAYS AGO

Two career-long St. Louis Cardinals with a combined 20 seasons in the big leagues officially cut ties with the team on Thursday morning, as the club officially declined its contract options on infielder Matt Carpenter and pitcher Carlos Martínez. Carpenter’s buyout will cost the club $2,000,000; Martínez’s will cost $500,000.
MLB・27 DAYS AGO
Larry Brown Sports

Freddie Freeman has donned only a single uniform throughout his Major League Baseball career. And if the Atlanta Braves have their way, it’s the only uniform he’ll ever wear. But the path to that end may not come without come some hiccups. Freeman is currently a free agent and seeking...
MLB・19 DAYS AGO
MLB

It could be the end of an era in Los Angeles. Major League Baseball teams have until 5 p.m. E.T. on Sunday to make qualifying offers to free agents. The qualifying offer – a one-year deal for 2022 worth $18.4 million – is only available for certain free agents. If a player passes on a qualifying offer and signs elsewhere, their old team receives a MLB Draft pick compensation.
NFL・24 DAYS AGO

Free agency is upon us as according to reports, the Detroit Tigers are prepared to spend some money as they shape their roster for the 2022 season and beyond. The Tigers need plenty of help in the lineup but GM Al Avila has made it clear that adding a couple of veteran pitchers to the mix is equally important.
MLB・24 DAYS AGO
Detroit Sports Nation

Carlos Correa may have just given away his free agent destination

The No. 1 ranked free agent available is former Houston Astros SS Carlos Correa and everybody is waiting patiently (some not so much) to find out where he will sign. Well, Correa recently updated his Twitter bio (before quickly taking it down) and it just so happened to include a Tiger!
MLB・17 DAYS AGO
FanSided

It wouldn’t be a recent Milwaukee Brewers off-season without trade rumors and closer Josh Hader. Hader has been now linked to the Philadelphia Phillies, who are looking to make a World Series run next year after just missing the playoffs in 2021 to the eventual World Series Champions Atlanta Braves. The Phillies will need several pieces to do that, including a shutdown closing pitcher.
MLB・12 DAYS AGO
FanSided

Houston, we have a problem. The New York Yankees watched the Astros swoop in Wednesday and sign free-agent right-hander Justin Verlander to a one-year, $25 million contract. That’s good money for a 38-year-old coming off Tommy John surgery. The Yankees were among a handful of teams linked to the two-time...
MLB・13 DAYS AGO