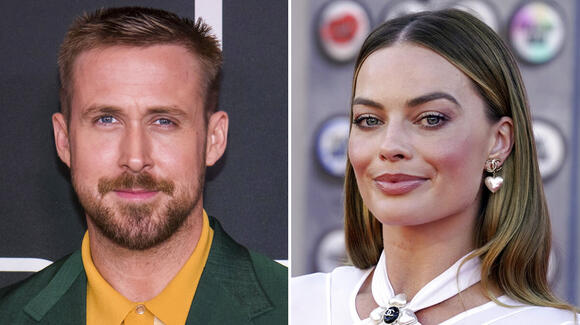 The two-time Oscar-nominee is in final negotiations to star in the upcoming Warner Bros. and Mattel film, directed by Greta Gerwig , who also co-wrote the script with Noah Baumbach.

Robbie also does double duty on the project; in addition to starring as the iconic Mattel doll, she’s producing the movie under her LuckyChap Entertainment banner, which is coming off an Oscar-winning run for last year’s “Promising Young Woman.” Producers on “Barbie” also include LuckyChap’s Tom Ackerley and Josey McNamara; Mattel’s Robbie Brenner and Ynon Kreiz; and David Heyman.

Plans to adapt Barbie’s story for the big screen have taken on a few iterations in recent years, but when Robbie, Gerwig and Baumbach boarded the project in 2018 and 2019, respectively, things have been full steam ahead. In July, Variety reported “Barbie” was set to start production in early 2022 at WB’s Leavesden Studios in London, with a planned 2023 theatrical release.

Not much has been revealed about the movie’s plot, but one major question has been answered with the casting of Ken. The doll most recently appeared in the “Toy Story” franchise, voiced in “Toy Story 3” by Michael Keaton.

Gosling recently wrapped production on “The Gray Man,” the big-budget Netflix action thriller from Anthony and Joe Russo. Gosling stars in the film, based on the 2009 novel of the same name by Mark Greaney, as Court Gentry, a veteran CIA operative who is forced to become a fugitive after he’s betrayed. Chris Evans stars opposite Gosling in the high-stakes cat and mouse game. Most recently, Gosling starred as legendary astronaut Neil Armstrong in “First Man,” after playing opposite Harrison Ford in “Blade Runner 2049.” The Canadian actor’s Oscar nominations come from 2006’s “Half Nelson” and 2016’s “La La Land.”

Deadline was first to report news of Gosling’s casting.

Variety's Awards Circuit is home to the official predictions for the upcoming Oscars and Emmys ceremonies from film awards editor Clayton Davis. Following history, buzz, news, reviews and sources, the Oscar and Emmy predictions are updated regularly with the current year's list of contenders in all categories. Variety's Awards Circuit Prediction schedule consists of four phases, running all year long: Draft, Pre-Season, Regular Season and Post Season. The eligibility calendar and dates of awards will determine how long each phase lasts and is subject to change. To see all the latest predictions, of all the categories, in one place, visit THE...
MOVIES・12 DAYS AGO
Variety

Nicolas Cage is set to play Dracula in Universal’s “Renfield,” a monster movie centering not on the infamous vampire, but rather his notorious lackey. The call sheet may be confusing. That’s because Cage is starring alongside another Nic, Nicholas Hoult, who is portraying the unhinged henchman known as Renfield. An origin story, the upcoming film is expected to take place in the present day. It’s not clear how much it will stick to the source material, Bram Stoker’s 1897 horror novel “Dracula.” In the literary thriller, R.M. Renfield was an inmate at a lunatic asylum. He was thought to be suffering from...
MOVIES・7 DAYS AGO
Variety

Jurnee Smollett has landed the female lead in “The Burial,” a new courtroom drama from Amazon Studios. The “Lovecraft Country” actor will star opposite Jamie Foxx and Tommy Lee Jones in the Maggie Betts-directed project. Based on a true story, the film follows a bankrupt funeral home owner who decides to sue a rival businessman over a handshake deal gone wrong. The owner hires a flamboyant attorney (Foxx) to handle the case. Smollett will play Foxx’s opposing counsel, sources said. Betts is directing from a script written by Doug Wright. Producers on the film include Bobby Shriver via his Bobby Shriver Inc....
MOVIES・19 DAYS AGO
Deadline

EXCLUSIVE: After the original 2012 film helped turn Magic Mike into a global business, Channing Tatum, director Steven Soderbergh and writer Reid Carolin are ready to return to the franchise for another g-round. Warner Bros. is planning the next installment in the franchise, Magic Mike’s Last Dance, with Tatum set to return as Mike Lane, Soderbergh directing and Carolin writing the script to the sequel, which will premiere exclusively on HBO Max. Gregory Jacobs, who directed the 2015 hit Magic Mike XXL, returns to produce along with Carolin, Nick Wechsler and Peter Kiernan. Tatum confirmed the news on his social platforms posting a photo of...
THEATER & DANCE・8 DAYS AGO

BURBANK, Calif.--(BUSINESS WIRE)--Nov 29, 2021-- Warner Bros. Pictures announced today that “Magic Mike’s Last Dance,” the third installment in the blockbuster film franchise starring Channing Tatum, will debut exclusively on HBO Max. The team behind the first “Magic Mike,” which garnered praise from critics and audiences alike, has come together to create the magic again. Tatum will reprise his role as “Mike Lane” and Steven Soderbergh returns to the helm with a script from Reid Carolin, who also wrote the first two films. Gregory Jacobs, who directed the hit “Magic Mike XXL,” returns to produce along with Carolin, Nick Wechsler and Peter Kiernan.
THEATER & DANCE・8 DAYS AGO
flickeringmyth.com

Under Siege reboot in the works at Warner Bros. and HBO Max

Warner Bros. and HBO Max are working on a reboot of Under Siege, the 1992 ‘Die Hard on a Boat with Erika Eleniak in a Cake’ action thriller starring Steven Seagal. The new film, which is being produced directly for the HBO Max streaming service, is based on a pitch from writer Umair Aleem (Kate) and director Timo Tjahjanto (Headshot, The Night Comes for Us).
MOVIES・13 DAYS AGO
digitalspy.com

The first trailer for the upcoming DC League of Super-Pets has finally been released, and it's the news we never knew we needed. The new animated feature has a star-studded cast, which includes The Office US's John Krasinski as Superman, Red Notice's Dwayne Johnson as Krypto the Super-Dog, and Jumanji's Kevin Hart as Ace the Bat-hound.
MOVIES・14 DAYS AGO
Complex

Illumination CEO Chris Meledandri, the company that’s producing the upcoming animated Super Mario Bros. film with Nintendo,​​​ defended the decision to cast Chris Pratt in the role Mario. In a conversation with TooFab, Meledandri called Pratt’s voice acting in the movie “phenomenal.”. “All I can tell you is the voice...
MOVIES・14 DAYS AGO

According to The Hollywood Reporter, animation icons Ron Clements and John Musker, the directing duo behind such Disney Animation classics as The Little Mermaid, Aladdin, and Moana, are said to be heading to Warner Bros. and DC Entertainment for a new animated feature based on DC’s Metal Men. Clements and Musker are working with Space Jam: A New Legacy writer Celeste Ballard on the project.
MOVIES・2 DAYS AGO
The Hollywood Reporter

Tom Holland is taking on the role of Fred Astaire. While promoting Spider-Man: No Way Home in London, the actor told the Associated Press that he’ll play the iconic actor-singer-dancer in an upcoming film for Sony. “The script came in a week ago,” Holland said. “I haven’t read it yet; they haven’t given it to me.” The news comes a few weeks after Spider-Man producer and former Sony chief Amy Pascal told GQ that she wanted Holland for the role in a profile of the actor. “She FaceTimed me earlier. I was in the bath,” Holland told the AP of Pascal. “And we had...
MOVIES・2 DAYS AGO
GOBankingRates

10. Adam Sandler: 'The Ridiculous Six' How much he made: $62.5 million In 2017, Adam Sandler signed an estimated $250 million, four-movie deal with Netflix, Forbes reported. That breaks down to...
MOVIES・20 DAYS AGO
Variety

The Critics Choice Association held its fourth annual Celebration of Black Cinema and Television during an in-person ceremony on Monday evening at the Fairmont Century Plaza Hotel, which will be the new home to the Critics Choice Awards on Jan. 9. Hosted by Emmy winner Niecy Nash, some of the honorees included Jennifer Hudson from “Respect” (MGM/United Artists Releasing), Ruth Negga from “Passing” (Netflix) and the cast of Jeymes Samuel’s “The Harder They Fall” (Netflix). Oscar and Emmy-winning actress Taraji P. Henson presented Halle Berry with the career achievement award to close the evening out, with Berry delivering a tearful and...
MOVIES・16 HOURS AGO

The Matrix Resurrections has a lot of surprises in store for fans – but one has now been revealed weeks before it’s released.A theory has been doing the rounds ever since the unveiling of the film’s trailer earlier this year, and it has now been confirmed by Warner Bros Korea.The theory is centred on the character played by Priyanka Chopra, who briefly appears in the trailer reading Alice in Wonderland: Through the Looking Glass by Lewis Carroll.Many believed that her character could be a grown up version of the character Sati, who was featured in The Matrix Revolutions. Sati was...
MOVIES・5 DAYS AGO
Variety

Steven Spielberg’s coming-of-age drama “The Fabelmans,” a movie loosely based on the filmmaker’s childhood, will debut in theaters around next Thanksgiving. The film, from Universal Pictures and Amblin, has been scheduled to open on Nov. 23, 2022. Though the release calendar could change before then, “The Fabelmans” is currently slated to premiere on the same day as an untitled animation project from Disney and two weeks after Marvel’s “Black Panther: Wakanda Forever” (Nov. 11). The semi-autobiographical “The Fabelmans” takes place in Arizona, where Spielberg spent his formative years, and stars Michelle Williams, Seth Rogen, Paul Dano and newcomer Gabriel LaBelle. Plot details have...
MOVIES・1 DAY AGO
Variety

“Spider-Man” star Tom Holland is swapping his web-shooters for dancing shoes. The 25-year-old officially confirmed on Sunday that he’ll portray legendary actor, dancer and singer Fred Astaire in an upcoming biopic for Sony. In a recent profile for GQ, Oscar-nominated producer Amy Pascal teased that she wanted Holland for the part of Astaire in the forthcoming movie, as well as another trilogy of “Spider-Man films.” But during an interview with AP, at an event promoting the upcoming “Spider-Man: No Way Home,” Holland confirmed that he’ll step into the entertainer’s dance shoes for the project, which is still in its early stages. “The script...
MOVIES・2 DAYS AGO
ComicBook

The ongoing public "feud" between celebrity pals Hugh Jackman and Ryan Reynolds continued over the weekend, with a social media post from Jackman "calling out" Reynolds for the placement of an advertising banner for Red Notice, the actor's new Netflix movie with Dwayne Johnson and Gal Gadot. Why? Well, because the placement is less than a block down the street from a large sign celebrating the upcoming Broadway run of The Music Man, starring Jackman and Sutton Foster. Feeling upstaged, Jackman took to social media to remind Reynolds that the Red Notice poster could have gone literally anywhere else in all of New York.
CELEBRITIES・1 DAY AGO
Yardbarker

There's still enough magic to go around. Deadline first reported Monday morning (Nov. 29) that Channing Tatum is reuniting with director Steven Soderbergh and writer Reid Carolin for a third Magic Mike film, which is presumably the final installment considering the title is Magic Mike's Last Dance, and it will premiere exclusively on HBO Max.
THEATER & DANCE・8 DAYS AGO
Variety

Ridley Scott’s “House of Gucci,” starring Lady Gaga and Adam Driver, continued atop the U.K. and Ireland box office in its second weekend. The Universal release collected £1.5 million ($2 million) and now has £5.5 million at the box office, according to numbers released by Comscore. Disney release “Encanto,” took £1.2 million in its second weekend and has a total of £3.3 million. Sony’s “Ghostbusters: Afterlife” was in third place with £1.06 million and has amassed £9.1 million after three weekends. Piece of Magic Entertainment’s seasonal release, Christmas concert film “Christmas With Andre,” featuring Dutch violinist and conductor André Rieu, debuted...
TENNIS・20 HOURS AGO
ETOnline.com

Nicolas Cage is getting some real recognition for his latest film, Pig. The celebrated star walked the red carpet at this year's Gotham Awards, and opened up about the critical love for his indie drama. Cage joined co-star Alex Wolff at the star-studded show in New York City and the...
MOVIES・8 DAYS AGO