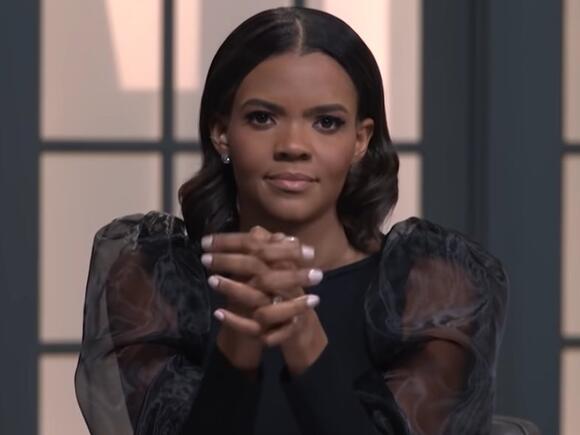 Conservative US political commentator Candace Owens suggested that America should “invade” Australia to free the people from “tyrannical” Covid-19 restrictions and compared the situation to the regimes of Joseph Stalin and Adolf Hitler.

On Tuesday, The Daily Wire host made the odd comments on her show, noting that her husband has family members in the country, one of whom shared that people’s mental wellbeing was in “steep decline.”

Owens then recited a long list of the Covid-19 restrictions that have been present at specific points in the pandemic, including QR code check-ins “literally everywhere, including toilets,” home visitor limits, travel restrictions, curfews and much more.

Soon after, she posed a question to America, wondering why the country shouldn’t invade Australia like Afghanistan.

“When do we invade Australia and free an oppressed people who are suffering under a totalitarian regime?” Owens said.

Owens claimed Australia at this moment is “a tyrannical police state” that was stripping away “the most basic of individual freedoms.”

“What is happening in Australia under the guise of this virus is federal overreach,” she continued. “Tyranny. Totalitarianism. The kind that gives birth to evil dictatorships and human atrocity.”

Aussies have taken to Reddit to divulge their thoughts on Owen’s sentiments about the country.

“She has no idea how American Australia already is. Australians consume American culture like its beer,” someone added while a second wrote, “Owens needs to be booted in Parliament.”

“Err... is anyone confused why there is this conservative American media focus on Australia right now? It doesn’t even feel like they’re talking about our country or any of our actual issues here,” wrote a third.

A fourth commenter who said they aren’t fond of lockdowns but understands the necessity said: “Why are these Americans so obsessed with Australia? I hate lockdown, too, but I understand why we do it. The US is a circus act, and I wouldn’t move there if you paid me. F*** living in that country.”

Australia recently became the centre of attention for anti-vaxxers in New York. Hundreds of demonstrators gathered outside the Australian consulate to chant “Save Australia,” while some waved the Australian flag.

dear candance we just got out of a 20 years war in the Middle East can these soldiers finally enjoy time with their family ? don't we have other issues to spend money on here in the states? COME ON

America isint going to help Australia because that is exactly where this administration wants America to be. And if they get their way it’s coming here next.

The Health Ministry said the country’s coronavirus cabinet has authorised a raft of measures, including red-listing travel to 50 African countries. Israel has approved barring entry to foreign nationals and the use of controversial technology for contact tracing as part of its efforts to crack down on a new coronavirus variant.
WORLD・8 DAYS AGO
Boston 25 News WFXT

BERLIN — (AP) — A group representing Germany's main scientific organizations has accused the country's biggest-selling newspaper of contributing to public hostility against scientists during the coronavirus pandemic. In a statement Monday, the Alliance of Scientific Organization criticized a recent report by the Bild tabloid for singling out three researchers...
WORLD・32 MINUTES AGO
CBS Philly

PHILADELPHIA (CBS) — Starting Monday, the United States will impose new travel restrictions as more countries confirm cases of the new Omicron COVID variant. Philadelphians are hoping the variant doesn’t derail their holiday. It’s officially the holiday season, and yearly traditions are back in full swing. “It’s amazing that this year, we can be out,” Sarah Germanovich of Philadelphia told CBS3. But with new outings come new concerns as some Philadelphians worry about the threat of the new COVID-19 Omicron variant. “I have heard about the new variant, and I am concerned about it,” Germanovich said. In just a few hours, the US will ban...
PHILADELPHIA, PA・7 DAYS AGO

Australians spend more time drunk than any other nation apparently, so congrats to them. According to the Global Drugs Survey of 32,000 people, Australians got drunk on average 27 times last year, almost double the global average of 15. It found they drank alcohol in line with the global average of two nights a week, and became heavily drunk about once every two weeks.
AMERICAS・3 DAYS AGO
The Guardian

London (Reuters) -The euro fell on Monday to trade close to a 16-month low on growing concerns over the impact of new COVID-19 restrictions in Europe, with Austria starting a full lockdown and Germany considering following suit. Germany’s acting Chancellor Angela Merkel told leaders of her conservative party that measures...
PUBLIC HEALTH・14 DAYS AGO
healththoroughfare.com

The CDC Reveals Dire Possibility Regarding the Omicron Variant of COVID

The new Omicron variant (B.1.1.529) of the SARS-CoV-2 virus immediately started to worry scientists. They still struggle to fully understand the danger behind the new strain, and among these experts, there is also Dr. Rochelle Walensky, the Director of the Centers for Disease Control and Prevention (CDC). Dr. Walensky spoke...
PUBLIC HEALTH・2 DAYS AGO

Wiles also said people who are getting vaccinated against COVID-19 are "committing suicide."
PUBLIC HEALTH・3 HOURS AGO
Indy100

An Australian billionaire has been mocked after complaining about the lack of places to moor superyachts on the Brisbane coast. Gina Rinehart, an Australian mining magnate and heiress, made the comments at a planning meeting ahead of the 2032 Olympic Games in Brisbane. People like medal-winning athletes and business leaders...
BOATS & WATERCRAFTS・4 HOURS AGO
Sunderland Echo

Prime Minister Boris Johnson and Health Secretary Sajid Javid confirmed in a series of announcements over the weekend that face coverings will become mandatory once more on public transport, in shops and other settings including banks, post offices and hairdressers. International arrivals will also have to isolate until they receive...
PUBLIC HEALTH・7 DAYS AGO
Washington Post

She told the truth about Wuhan. Now she is near death in a Chinese prison.

China committed one act of barbarity when it prosecuted the citizen journalist Zhang Zhan for her revealing look at Wuhan in the first stages of what became a global pandemic. Ms. Zhang was sentenced in December to four years in prison on the specious charge of “picking quarrels and provoking trouble,” which China uses to suffocate free speech. Now her health has deteriorated, and relatives say she is near death. China will compound the barbarity unless it sets her free and saves her life.
PUBLIC SAFETY・29 DAYS AGO

Prince Harry looks happier in the US than he felt when he was in the UK, a royal expert noticed. Prince Harry chose to start anew in the US with Meghan Markle and their two children, Archie and Lili. Though leaving the royal family means giving up most of the things he grew up with, the Duke of Sussex did not have any second thoughts in moving forward.
CELEBRITIES・19 DAYS AGO
Business Insider

A man who tested positive for the Omicron coronavirus variant says 15 of his friends are also sick. The man and a group of 30 people attended an anime convention in New York City last month. It's unclear if his friends also have the Omicron variant, but health officials are...
NEW YORK CITY, NY・1 DAY AGO
International Business Times

President Joe Biden reportedly ripped out a fart that was audible enough to make Camilla, the Duchess of Cornwall, blush during their conversation. The U.S. president and the British royalty met at the Kelvingrove Art Gallery on Monday after attending the COP26 summit in Glasgow last week. During their chat, Biden allegedly broke wind.
POLITICS・27 DAYS AGO
New York Post

The second-ranking general in the US military has sounded the alarm about China’s weapons development — warning that Beijing may soon have the capability to launch a surprise nuclear strike against America. “They look like a first-use weapon,” Gen. John Hyten, the vice chairman of the Joint Chiefs of Staff,...
MILITARY・19 DAYS AGO
The Independent

Colorado Representative Lauren Boebert’s penchant for making flagrantly Islamophobic and dishonest statements about one of her congressional colleagues has pushed the largest newspaper in her state to call her an embarrassment and apologise for her.In an editorial published Wednesday by the Denver Post, the paper’s editorial board said Ms Boebert “crossed a line” in videotaped remarks that went viral last week, in which the freshman congresswoman spun a fictitious yarn about an elevator ride with Minnesota Representative Ilhan Omar that concluded with her referring to Ms Omar as part of the “jihad squad” and making an Islamophobic quip about Ms...
CONGRESS & COURTS・5 DAYS AGO
parabolicarc.com

Well, this was a rather frightening thing to wake up to this morning. GPS World reports:. The Kremlin warned it could blow up 32 GPS satellites with its new anti-satellite technology, ASAT, which it tested Nov. 15 on a retired Soviet Tselina-D satellite, according to numerous news reports. On the...
POLITICS・5 DAYS AGO
Sasquatch 107.7

A woman visited an oil change shop, and two weeks later she noticed that there was a message left for her on the oil change sticker. On October 18th, Jennifer Greer visited Eleven Motorsports in Indiana and noticed on November 6th that the grade of oil they put in her car didn't sound like a real grade. She shared her findings to TikTok.
INDIANA STATE・3 DAYS AGO
Vox

“We are going to make you beg for mercy”: America’s public servants face a wave of threats

Democracy doesn’t work unless citizens make it work. This not only means showing up to vote but also helping operate and administer the key institutions in a democratic society — such as schools, polling places, and local health agencies. Yet over the course of the past year and a half,...
PRESIDENTIAL ELECTION・18 DAYS AGO