LOS ANGELES (CBSLA) – Peter Scolari, who rose to fame alongside Tom Hanks in the offbeat sitcom “Bosom Buddies” and later appeared alongside Bob Newhart in “Newhart,” died Friday after a two-year battle with cancer at age 66. 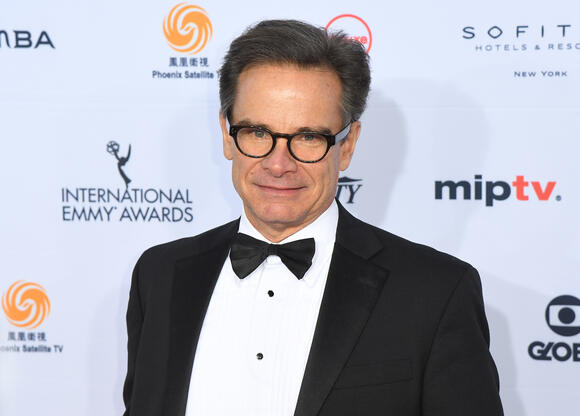 His manager, Ellen Lubin Sanitsky, confirmed his death to Deadline.

The New York native most recently appeared in the series “Evil.”

He has an extensive list of credits, appearing in shows including “Happy Days,” “Hotel,” “Family Ties,” “The Love Boat,” “Empty Nest,” “The West Wing” and “Sabrina the Teenage Witch.”

He lent his voice to the animated Christmas film “The Polar Express,” which starred Hanks.

It was “Bosom Buddies” that made Scolari a star. He and Hanks starred as roommates who dressed as women so they could live in an affordable apartment in a building for women only.

Scolari was also an accomplished stage actor, appearing in Broadway shows including “Hairspray” and “Wicked.” He also appeared on stage with Hanks in “Lucky Guy” in 2013.

He is survived by his wife, Tracy Shayne, and children Nicholas, Keaton, Joseph and Cali.

Heath Freeman, star of the Fox series Bones and CBS's NCIS, passed away suddenly at the age of 41. A cause of death has not been announced, but former Miss USA and Pacific Blue star Shanna Moakler revealed on Sunday that Freeman died in his sleep. The news was later confirmed by Freeman's manager to EW. Moakler shared a throwback photo of herself with Freeman on her Instagram account, where she stated how she's "heartbroken" after learning how her friend has passed away.
TV & VIDEOS・11 DAYS AGO
WFTV Channel 9 Orlando

Gavan O’Herlihy, who famously played Richie and Joanie Cunningham’s disappearing big brother, Chuck Cunningham, in “Happy Days,” has died, according to multiple reports. He was 70. O’Herlihy’s brother, Cormac O’Herlihy, confirmed Friday to Variety and The Hollywood Reporter that the Irish actor died Sept. 15 in Bath, England. He declined...
CELEBRITIES・14 DAYS AGO
Fox News

Peter Aykroyd, an Emmy-nominated writer, former "Saturday Night Live" cast member and brother to Dan Aykroyd, has died at age 66. The popular sketch comedy series paid tribute to Aykroyd during this week’s episode of the show, which was hosted by "Shang-Chi and the Legend of the Ten Rings" actor Simu Liu. The show briefly showed a card revealing Aykroyd's death that was displayed along with a picture of him from when he was a featured player on the show from 1979-1980.
CELEBRITIES・5 DAYS AGO
TVOvermind

LOS ANGELES -- Art LaFleur, a veteran character actor with notable roles in "The Sandlot" and "Field of Dreams," has died at age 78 after a 10-year battle with Parkinson's disease. His wife Shelley announced his death on Facebook: "He was a generous and selfless man which carried over to...
CELEBRITIES・6 DAYS AGO
TVOvermind

More big names are joining the list of those that have passed on, and Art LaFleur, one of those that many people likely recognize even if they don’t remember his name, has been added to that list as of November 17th. Art passed on after his bout with Parkinson’s, a condition that affected more than a few actors over the years and has been growing far more prominent as awareness has grown. Art is one of the many character actors in Hollywood that a lot of people could easily recognize and likely thought of at times when it came to remembering ‘that guy’ from ‘that movie’ since if the truth is told, quite a few people didn’t remember his name every time they saw him, as he went by so many great roles in the movies that alluding to them was far easier than remembering his real name all the time. Honestly, that’s kind of fair since Art was the kind of guy that could step into a movie and create an instant love or hate relationship with the audience that was based solely on what his character brought to the story.
CELEBRITIES・3 DAYS AGO
850wftl.com

William Frank Ryan was an American voice actor, singer and musician. He provided the voice of Petrie in the 1988 animated film The Land Before Time. He was also known for his voice work as Eugene Meltsner in the Christian radio drama Adventures in Odyssey and Grubby in The Adventures of Teddy Ruxpin.
CELEBRITIES・5 DAYS AGO
WJW FOX 8 News Cleveland

Art LaFleur, a prolific actor known for his role as Babe Ruth in the classic movie "The Sandlot" and as another baseball player in "Field of Dreams," died Wednesday after a 10-year battle with Parkinson's disease. He was 78.
CELEBRITIES・6 DAYS AGO

Former Saturday Night Live writer and cast member Peter Aykroyd has passed away, the TV show revealed this weekend. The new episode featured a tribute card to Aykroyd with a photo of him alongside the years of his birth and his death. He was 66, and details on his passing have still not been made public.
CELEBRITIES・5 DAYS AGO
Popculture

Indian actor Yusuf Hussain has passed away at the age of 73 after contracting COVID-19. The Tribune India reports that Hussain, best known for his roles in Dhoom 2, Raees, and Road to Sangam passed away on Saturday at Lilavati Hospital in Mumbai. His son-in-law, filmmaker Hansal Mehta, who is...
PUBLIC HEALTH・23 DAYS AGO
buzzfeednews.com

Kanye West is continuing to reflect on his split from Kim Kardashian — and on his role in the demise of their marriage. In recent weeks, Kanye has been increasingly vocal about his failed relationship with Kim, who filed for divorce in February after almost seven years of marriage citing “irreconcilable differences.”
PRESIDENTIAL ELECTION・17 HOURS AGO
Closer Weekly

Since his rise to fame on The Andy Griffith Show, Ron Howard has gone on to dominate Hollywood with some of the biggest blockbuster films. The director and actor got his start in show business when he was just 5 years old. His net worth after over 60 years in the entertainment industry will blow your mind.
CELEBRITIES・11 DAYS AGO

Stacey Pentland, a mom of four who shared her illness on TikTok, has died of cancer. She was 37. Pentland documented her lymphoma on the popular video sharing app. She died Nov. 18, according to a post on her TikTok account. "It is with great sadness that I have to...
CELEBRITIES・2 DAYS AGO
firstsportz.com

Will Smith ought to be “ashamed” – Sabrina Williams, half-sister of Serena and Venus, criticises the actor for biased portrayal of Richard Williams

Will Smith starrer King Richard has hit the theatres worldwide, and while most of the reviews are glowing, a few aren’t. The most prominent of these critiques have come from Sabrina Williams, stepsister of Serena and Venus Williams, and daughter of Richard Williams by his first wife. In a scathing interview, Sabrina said that the Hollywood star should be ashamed of himself for the non fact-checked and biased portrayal of her father.
TENNIS・16 HOURS AGO
Life and Style Weekly

Brad Pitt and his daughter Shiloh Jolie-Pitt “are very alike,” a source exclusively tells In Touch of the dad-daughter pair’s unique bond. “They not only look alike, but they have the same big heart,” the insider adds of the similarities between Brad, 57, and his 15-year-old daughter. “They’re very compassionate and loving. They’re both very open, they enjoy meeting new people. Shiloh seems to have somehow picked up Brad’s midwestern demeanor.”
CELEBRITIES・10 HOURS AGO
Taos News

On September 3, 2004, Robert Dean Stockwell — widely known for his work as a film and television actor — reinvented himself as a fine artist. His first exhibition, titled “The Spagyric Eye,” opened that day at RB Ravens Gallery in Ranchos de Taos. Like the title suggests, Stockwell liked...
TAOS, NM・9 DAYS AGO

Nick Cannon and Mariah Carey share two children together, and the singer has no problem letting people know that’s all they share. Speaking with Entertainment Tonight host Kevin Frazier earlier this week, Carey was asked about her holiday plans and whether or not all seven of the Wild N’ Out host’s children would be attending.
CELEBRITIES・2 DAYS AGO
TVShowsAce

Kylie Jenner has been in hot water ever since the tragedy at Astroworld. Kylie has already apologized once, but now she is taking to the public once more. This time it seems just to et back to normal life. How will fans handle this transition?. Kylie Jenner breaks Instagram silence.
CELEBRITIES・1 DAY AGO
American Songwriter

Two of Arnold Schwarzenegger’s five children have followed in his acting footsteps – Patrick Schwarzenegger and Joseph Baena. And five years ago, Baena recreated one of his father’s most memorable scenes from 1991’s Terminator 2: Judgement Day. Now on the set of his new movie, Baena is once again channeling his famous father.
MOVIES・8 HOURS AGO