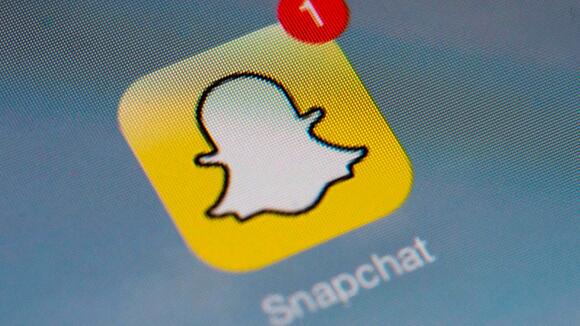 SANTA MONICA, Calif. (AP) — Snapchat’s corporate parent disclosed Thursday that its ad sales are being hurt by a privacy crackdown that rolled out on Apple’s iPhones earlier this year, raising investor fears that the app’s financial growth is going into a tailspin.

The revelation in Snap Inc.’s third-quarter earnings report sparked a sell-off in after-hours trading that could foreshadow one of the biggest one-day drops in the company’s stock since it went public in 2017.

Snap’s shares plunged by nearly 22% in Thursday’s extended trading. If that decrease is mirrored in Friday’s regular trading session, it will approach the stock’s previous one-day nadir in May 2018 when its price also plummeted by nearly 22%. A decline of that magnitude would wipe out nearly $30 billion in shareholder wealth.

The alarms set off by Snap’s disappointing performance could foreshadow troubles for other apps that may be having more problems tracking their users online activities because of an Apple update to the iPhone’s iOS software released in April.

The change blocks online tracking on iPhones unless a user grants explicit permission to do so, making it more difficult for companies that sell ads based on the information they collect about people’s interests and location.

In a statement, Snap CEO Evan Spiegel said the Santa Monica, California, company has had to recalibrate its operations to “navigate significant headwinds, including changes to the iOS platform that impact the way advertising is targeted.”

Facebook, an outspoken critic of Apple’s new privacy controls, had already told investors that its ad sales could suffer because of the change, but Snap’s results indicated the blow may be even bigger than Wall Street anticipated. Facebook’s shares shed more than 4% in Thursday’s extending trading. The social networking company is scheduled to release its latest quarterly results Monday.

Snap reported revenue of $1.07 billion for the July-September period, a 57% increase from the same time last year, but that was about $30 million below the projections of Wall Street analysts who steer investor expectations.

Perhaps even more troubling to investors, Snap predicted its revenue for the current quarter will range from $1.17 billion to $1.21 billion. Analysts had been forecasting revenue of $1.36 billion, according to FactSet.

Why you need to stop texting people your iPhone photos. Hint: It's about your privacy

There are plenty of reasons why your iPhone keeps track of all your locations: Many of your phone apps depend on accurate location tracking to function, from directions in Google Maps to looking for a nearby restaurant on Yelp. That precise location awareness extends to the images you capture with your Photos app, too.
CELL PHONES・9 DAYS AGO
24/7 Wall St.

An Apple analyst has said that he thinks Apple will sell some 80 million iPhones in the company's first fiscal quarter, which ends in December. That's about equal to the low estimate of sales for the December 2020 quarter.
CELL PHONES・14 DAYS AGO
The Apple Maven

Apple Stock: The Best Holiday Season Ever For The iPhone?

So much for caution. On November 16, Wedbush’s Dan Ives published a report in which he reinforced his optimism for the iPhone 13. According to the analyst, Apple is on track to sell 40 million devices during the 2021 season, and 80 million in total in fiscal Q1 (October through December).
CELL PHONES・14 DAYS AGO
24/7 Wall St.

What’s Up With Apple: More Stock Buybacks, Fix Your Own iPhone and More

Apple is well on its way to achieving a net cash neutral position. Here's what that means for investors.
TECHNOLOGY・13 DAYS AGO

IOS 15 brought a lot of privacy related features to Apple’s mobile operating system. One of those is Mail Privacy Protection that hides your IP address from web-based content in emails. This effectively blocks tracking pixels that might be embedded in emails. This also works in tandem with iCloud Private Relay that hides your real IP address.
CELL PHONES・14 DAYS AGO
Tidbits

Apple has released iOS 15.1.1 to prevent dropped calls on iPhone 12 and iPhone 13 models. Or at least that’s how we interpret the release note “improves call drop performance,” which feels like a particularly tortuous way of talking around the problem. On an iPhone 13 Pro, it’s a 384.9 MB download in Settings > General > Software Update.
CELL PHONES・14 DAYS AGO
InvestorPlace

Snapchat (NYSE:SNAP) stock fell 35% in 35 days but investors should not worry too much. Although it lost so much and fast, it’s still in good shape overall. If you look back a year, SNAP stock is up 35% and 280% in two. Clearly, we need perspective to clearly judge the stock here. Over time, if markets are higher, it will also do well. It is temporarily having difficulties stabilizing, so patience is key.
STOCKS・12 DAYS AGO
Phone Arena

We may earn a commission if you make a purchase from the links on this page. Released a little over a year ago at a fairly reasonable price of $699 and up, the 5.4-inch iPhone 12 mini didn't exactly become a huge box-office hit for some reason. Somewhat surprisingly, Apple...
CELL PHONES・8 DAYS AGO

As Apple stock (AAPL) - Get Apple Inc. (AAPL) Report tries to hang tight to all-time highs reached only a couple of days ago, investors have more reasons to be optimistic. Once a question mark, the current iPhone cycle is proving to be at least as strong as some of the more bullish analysts had predicted in 2019 and 2020.
CELL PHONES・7 DAYS AGO
torquenews.com

With the Black Friday holiday shopping season officially underway, Apple (NASDAQ:AAPL) is in a position to sell more than 10 million iPhones over the weekend and set itself up for ending 2021 on a high note. That's the assessment of Wedbush analyst Dan Ives, who said Friday that due to...
CELL PHONES・5 DAYS AGO

Belkin’s elusive 3-in-1 MagSafe charger is back in stock — and on sale!

The only thing I don’t like about Belkin’s 3-in-1 MagSafe wireless charger is its name. And, until now, its availability and price. Those last two problems just disappeared, however briefly, as the hard-to-find 15-watt MagSafe charger is back in stock on Belkin’s website — and with a sweet 25% Black Friday discount to boot! Just be sure to use the promo code when you check out.
ELECTRONICS・7 DAYS AGO
honknews.com

Apple is one of the companies that have begun offering Black Friday deals. They are selling new products for up to $999. Thankfully, there are still other opportunities out there that will offer better deals than Apple on Black Friday. It would be a good idea to save up money and buy an iphone xs now since prices may be higher next week for many things like iPhones and Target has a sale coming too!The new iPhone XS is on sale in the Black Friday sales this year. This might be your last chance to buy Apple products like a iphone xs 256gb space gray (renewed) from amazon at up to $600 off its original price.
CELL PHONES・7 DAYS AGO
osxdaily.com

How to Check Privacy Data for Apps on iPhone, iPad, Mac, & PC

Have you ever wanted to check the kind of personal data that’s collected by a particular app during usage? Specifically, the data that’s used to track you or link to your identity? Apple makes it easy and straightforward for its users, putting people’s privacy at the forefront. Apple has brought...
CELL PHONES・4 DAYS AGO
The Verge

Backbone One gaming controller for the iPhone is $70 today

The Backbone One is the best mobile gaming controller for the iPhone and you can get it from Amazon today for $70, $30 off of its regular price. In addition, it includes a month of Xbox Game Pass Ultimate, which lets you play over a hundred Xbox games right on your iPhone.
CELL PHONES・3 DAYS AGO

A Chinese competitor reported revenue tripled in its third quarter to over $1 billion. Nio plans to benefit from the growing market demand in China, but is also expanding abroad. You’re reading a free article with opinions that may differ from The Motley Fool’s Premium Investing Services. Become a Motley...
STOCKS・2 DAYS AGO
MarketWatch