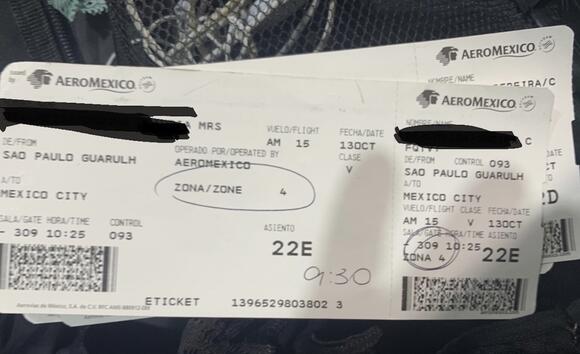 Tens of thousands of migrants from South America have flown into Mexico and crossed into a remote part of Arizona since late summer, as word spreads far beyond Central America that the United States's southern border is penetrable, according to two people familiar with the change in migration trends.

More than 7,000 Brazilians and Venezuelans were encountered illegally crossing the border near Yuma in August, an unusually high number of people to come from countries outside the usual El Salvador, Guatemala, Honduras, and Mexico, whose citizens most often flee to the U.S.

Officials who work in the Yuma region told the Washington Examiner that the 7,000 figure rose considerably through September and October.

“Each and every single person has airline tickets to Mexico,” said one person who works with migrants in federal custody. The official asked to remain anonymous. “Venezuelans are saying, ‘Oh, I left three days ago.'"

Border Patrol agents and contractors on site where migrants are held and processed have been shocked by how much money the migrants are carrying, the same official said. Migrants who come from Central American countries typically cross the border with the clothes on their back and nothing else.

“We are surprised with the amount of money that especially Venezuelans and Brazilians arrive with. The minimum that I've seen a Venezuelan with, cash money, roughly I'm going to say is about $500,” the same person said. “They come with luggage — name-brand luggage.”

Theresa Cardinal Brown, managing director for immigration and cross-border policy at the Bipartisan Policy Center in Washington, said middle-class departures from South America are likely the result of complex situations back home where poverty, corruption in government, and effects of the coronavirus pandemic have made life very difficult.

These migrants, unlike those from Central America, are not traveling to the U.S. on foot or by vehicle. Most fly into Mexico City or cities on Mexico's northern border then take buses north or cabs if they fly to the border. Migrants walk across the border in an area where wall construction was halted. The gap in the massive wall essentially funnels illegal traffic to this one area.

South American migrants who fly into Mexico have obtained permits from the Mexican government that allow them to travel through the country on the basis that they are migrating to the U.S. Those presenting to Border Patrol in Yuma have airline tickets and the permits in hand, as well as identification documents, the first official said.

Border Patrol was apprehending around 1,000 people in Yuma three weeks ago, an extraordinarily high figure. The law enforcement agency brought in agents from other regions and set up tents outside to hold migrants while they were processed. In early October, around 4,000 people were in federal custody in Yuma alone, according to Rafa Rivera, the National Border Patrol Council's president for the Yuma chapter, which represents Border Patrol agents. Around 1,000 people sat down a long hallway, waiting to be processed.

“The hallway was stacked with families. You could not walk without stepping on somebody,” the first person said. “The people that did not fit on the hallways, they had to put them outside. And they had to make a chain-link fence or like a corral and have them wait outside. It was something like out of a movie.”

Between 500 and 600 people are being encountered at the border daily in Yuma in mid-October, though that figure does not include those who evade law enforcement and get away.

Yuma Mayor Douglas Nicholls told the Washington Examiner in March that the city lacked the resources, manpower, and money to help the few hundred people arriving daily this spring. The city of 96,000 residents does not have a single nonprofit organization that focuses on migrants, and its shelters are already near capacity with homeless residents, the mayor said.

The situation in Yuma is no different from any other region of the 2,000-mile southern border, where illegal crossings are surging in the aftermath of the Biden administration's rescinding Trump-era policies, as well as the coronavirus pandemic.

Venezuelans and Brazilians have crossed the border in other regions at unusually high levels since the start of the government’s fiscal year in October 2020. The Biden administration's focus on resolving the "push" factors that prompt people from El Salvador, Guatemala, and Honduras to migrate to the U.S. needs to change to include factors that prompt people from other countries like Brazil and Venezuela to come, Brown said in an interview earlier this year. Otherwise, Central American migration will drop, but global migration to the U.S. will continue to rise.

Well I certainly hope we were there to greet them, provide housing, transportation and medical care. I mean they did manage to cross our sovereign borders illegally that's the least we can do. I mean just ask Mayorkas. Oh by the way CBP officers have now been reclassified as receptionist/travel agents, their getting extensive training in bus schedules and handing out cookies and juice. The mount patrols will hence forth be giving pony rides to illegal, sorry migrant, children. This is gonna be great. But here's the real good part , it's only going to cost the the US taxpayer. 😳😳😳😳

It's not America's fault those uneducated people are without means of support.. People sitting around having babies they can not take care of..Then decide to invade another country to get a free ride talking about gangs and political help...It's the responsibility of their government to see people get help... America has given third world countries millions of dollars for years now all a sudden they still need help..Vote out your sorry leaders who can't run a country not invade another one..

I guess the democrats feel they don't have enough people to loot, steal and burn down cities to keep their administration afloat, anyone who voted for this administration must not realize that Biden is putting our country in absolute danger!!!🎱💉!!!🤤!!!🤔

As the Biden administration revamps the Trump-era "Remain in Mexico" policy, the Department of Homeland Security is highlighting the 284 children it has reunited with their families after they were caught illegally crossing the southern border.
POTUS・15 HOURS AGO
WashingtonExaminer

The United States may announce a diplomatic boycott of the 2022 Beijing Winter Olympics this week, and China is not happy about it.
SPORTS・19 HOURS AGO
WashingtonExaminer

China looking to build naval base on Africa’s Atlantic coast

China is reportedly looking to build a military base on the western coast of Africa, which would be its first permanent military presence on the Atlantic Ocean.
MILITARY・18 HOURS AGO
WashingtonExaminer

THE TWIN CHALLENGE: At a weekend appearance at the Reagan Defense Forum in Simi Valley, California, Defense Secretary Lloyd Austin offered vague promises of U.S. military assistance to Ukraine and Taiwan while stopping short of specifying what the U.S. would do if either country is invaded.
WASHINGTON, DC・21 HOURS AGO

Government calls out China influence groups: Why does Biden hire from their US collaborator?

The U.S. government has repeatedly called out Chinese influence groups, yet President Joe Biden’s picks for two key posts are both strategic advisers for a pro-China business group that collaborates with those same organizations.
FOREIGN POLICY・22 HOURS AGO
WashingtonExaminer

Three more of the 15 missionaries held hostage in Haiti were released on Sunday night.
PUBLIC SAFETY・17 HOURS AGO
WashingtonExaminer

Dr. Anthony Fauci offered some good news on Sunday regarding the omicron variant of COVID-19, saying it does not appear to be as severe as the delta variant.
PUBLIC HEALTH・17 HOURS AGO

The United States will not send officials to the Beijing 2022 Winter Olympics, according to White House press secretary Jen Psaki.
TENNIS・15 HOURS AGO
WashingtonExaminer

‘A no-brainer’: Lawmakers with athletic backgrounds call for Olympic showdown with China

With the Winter Olympics only three months away, the United States is facing a rapidly approaching deadline about what to do regarding the host country: China.
NFL・23 HOURS AGO
WashingtonExaminer

The pro-China business group advised by two of President Joe Biden’s key picks has showered praise on and touted its connections with Communist officials including Xi Jinping — and the Chinese Communist Party has repaid the favor with compliments of its own.
PRESIDENTIAL ELECTION・13 HOURS AGO
WashingtonExaminer

A former Washington, D.C., National Guard official said two high-ranking generals lied to Congress about their roles in delaying the deployment of the National Guard during the Jan. 6 riot at the Capitol.
WASHINGTON, DC・13 HOURS AGO

Oregon Gov. Kate Brown was photographed at a Washington, D.C., gala on Saturday while not wearing a mask amid her state's effort to usher in a permanent indoor mask mandate.
OREGON STATE・12 HOURS AGO
WashingtonExaminer

Louisiana Gov. John Bel Edwards held a Friday press conference in Baton Rouge to discuss COVID-19 and the emerging Omicron variant, which he said has not been discovered in the state so far.
LOUISIANA STATE・17 HOURS AGO
WashingtonExaminer

Rep. Ruben Gallego, chairman of the Bold PAC, the campaign arm of the Congressional Hispanic Caucus, took to Twitter on Monday to blast “white rich progressives” for using the term “Latinx” to court Hispanic voters after a poll showed the use of the term might be doing Democrats more harm than good.
CONGRESS & COURTS・13 HOURS AGO
WashingtonExaminer

After spending nearly three decades in the United States, a citizen of India is facing deportation after he "falsely represented" himself regarding his citizenship status on a Georgia driver's license application, according to court records.
CONGRESS & COURTS・12 HOURS AGO

Newly revealed Immigration and Customs Enforcement data show that deportations have dropped 90% since 2019, as the coronavirus hit and the Biden administration introduced open-border policies and red tape tying the hands of immigration agents.
POTUS・18 HOURS AGO
WashingtonExaminer

Twinkling pine, spruce, and fir trees loaded with ornaments are an emblematic part of Christmas, but this year, some holiday shoppers are facing higher prices and shortages.
ALEXANDRIA, VA・22 HOURS AGO