Why do the Russian and Chinese governments want Americans to dislike immigrants? 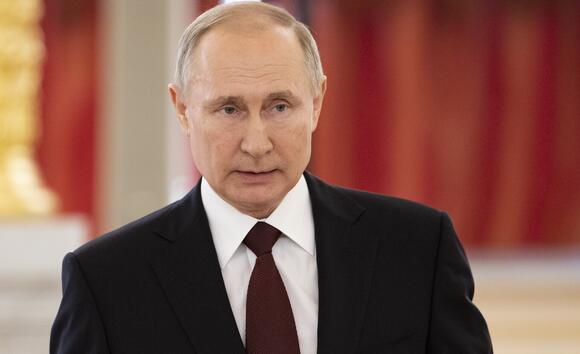 T here is a widespread belief that foreign governments and organizations occasionally meddle or attempt to meddle in U.S. elections. The Pew Research Center found that 75 percent of Americans believed it somewhat likely or very likely that Russia or another foreign government would attempt to influence the 2020 election. Respondent interpretations of the word “influence” substantially affect how we should understand this survey. If respondents interpret “influence” as “attempt to affect the outcome,” then most people should answer “very likely.” The outcome of the U.S. election impacts every country in the world, so all countries will naturally attempt to exert some influence if they can. On the other hand, many respondents will likely interpret “influence” to mean an organized attempt by a nefarious foreign government to change the outcome of the election. As committed skeptics of most surveys, we find these semantic suspicions difficult to shake when interpreting Pew’s findings. That said, some suspicions of foreign government influence on Americans are based on evidence that China and Russia have adapted Cold War‐era tactics such as “ active measures ” to rile up Americans on certain contentious political issues.

The viewpoints promoted by the IRA span the entire political spectrum, from Texit to Black Lives Matter. The IRA’s goal is to intensify political opinions on every issue, not necessarily to sway public opinion on any particular issue. For example, the IRA targeted right‐leaning Americans by promoting nativism. Images circulated by the IRA in right‐leaning circles featured anti‐immigrant slogans printed under an American eagle, allusions to the beauty of a hard border between Texas and Mexico, theories about illegal immigrants committing voter fraud , and rhetoric about how illegal immigrant “ invaders ” must be stopped. In fact, the most successful IRA Facebook page in terms of comment engagement was called “Stop All Invaders.” The IRA did not similarly push pro‐immigration propaganda on left‐wing voters.

Most of these memes and attempts to influence American political opinions are extremely goofy ; the IRA’s memes are so bad that they likely didn’t cause anybody to change their political opinions. Some of the facebook pages created by the IRA spread widely debunked claims of illegal immigrant welfare consumption. In the same way that some Americans are likely to exaggerate the impact of foreign governments on the election to cover up their own political failures, these bad memes were likely created for political actors in Russia to show their bosses that they are trying to sow political division in a country that they don’t understand.

Assuming that these memes were intended to influence American politics, why do the governments of Russia and China gain from increasing American nativism? The IRA assumes that more intense political disagreement about contentious issues will weaken the United States. Perhaps, if the IRA’s propaganda campaign were to succeed, they’d be happy to see immigration restrictions undermining American patriotism and closing off an outlet for anti‐​authoritarian dissidents . Another likely answer is that more anti‐immigrant sentiment could exacerbate the chaotic perceptions of immigration along the U.S. border . The Chinese government could use U.S. border chaos as tu quoque to distract from their continuing and ghastly oppression of Uyghurs. Chinese state media have used the chaos of the Mexican border crisis to deflect criticism and accuse the United States of hypocrisy, drawing parallels between American immigration detention centers and the concentration camps in Xinjiang, China. The words of the Chinese government here could be intended to embolden Chinese patriots or demoralize Americans; either way, at least one portion of the Chinese government believes that it benefits from the perception of chaos at our border.

Another possibility is that the IRA views American nativists as a potentially destabilizing political force. Americans are becoming increasingly pro‐​immigration over time but restrictionists are very intense in their beliefs. After the 2020 election, many recalcitrant supporters of President Trump thought the election was stolen with the influence of illegal immigrant voters. Some of the most ardent believers in that theory rioted on January 6 th , 2021 and attempted to disrupt Congress when it was counting the electoral votes. Not all nativists rioted on January 6 th , but virtually all of the rioters were likely nativists. Some Russian bureaucrats might have taken credit for that riot, as implausible as it seems.

Immigration restrictionists often cite national security as a major reason for opposing liberalized immigration. The U.S. government should continue to be committed to stopping security threats from entering the United States. It’s telling that some foreign governments appear intent on making Americans terrified of immigration for national security reasons – albeit with terrible memes. Efforts by the IRA and the Chinese government are probably ineffective but it’s worth wondering why they’re trying to turn Americans into nativists.

i have never heard Russia or China mention anything about our immigration. legal or otherwise. China looks at us as ' customers ' for their products and don't care how we live ... until we stick our nose into how they live.

They love that the Biden administration is overrunning the country with 3rd worlders. It will destroy us. The country will be defeated by invasion.

A stash of money and checks was discovered behind a bathroom wall by a plumber working at the megachurch of televangelist Joel Osteen in Houston, Texas.
LAKEWOOD, WA・10 HOURS AGO
WashingtonExaminer

The so-called "Alternative Mueller Report” mentioned in a book by Andrew Weissmann, a top prosecutor for special counsel Robert Mueller’s Trump-Russia investigation, has been found, according to the Department of Justice.
CONGRESS & COURTS・8 HOURS AGO
WashingtonExaminer

As the select committee formed to investigate the Jan. 6 riot continues to interview witnesses and issue subpoenas, House Republicans who were originally submitted to sit on the panel are quietly working on their own counterinvestigation and plan to release a report on their findings.
CONGRESS & COURTS・15 HOURS AGO
San Diego Union-Tribune

China, US tussle over Biden's 'Summit for Democracy'

China and the United States are tussling over President Joe Biden's upcoming democracy summit, which the ruling Communist Party sees as a challenge to its authoritarian ways
FOREIGN POLICY・9 HOURS AGO

If we were to fully discuss the logic of our current open-border policy, We would find it difficult to avoid the political rhetoric from the reality facing those seeking to enforce the current federal law and executive orders. Political misinformation is a strategy, and it is working. So allow me...
IMMIGRATION・14 DAYS AGO
Fox News

The now-former spokesman for District of Columbia Democratic Mayor Muriel Bowser told Fox News on Wednesday that President Biden's tenure in office has led him to change party affiliation and also to vote for GOP businessman Glenn Youngkin in the off-year gubernatorial election in Virginia, where he resides. Victor Jimenez...
PRESIDENTIAL ELECTION・1 DAY AGO
Telegraph

Agents from Israel’s spy agency Mossad recruited Iranian scientists to sabotage the nuclear facility where they were employed by smuggling in explosives disguised as boxes of food, it has been reported. The explosion at the Natanz nuclear facility in April completely destroyed the plant’s independent internal power system, which powered...
INDUSTRY・18 HOURS AGO
The Independent

Wyoming Republican Rep. Liz Cheney, vice chairwoman of the House select committee tasked with investigating the Jan. 6 attack on the U.S. Capitol, issued a warning to former President Donald Trump amid his posturing that he wanted to debate members of the committee: Lie, and there will be criminal penalties.
CONGRESS & COURTS・1 DAY AGO
Business Insider

The Kremlin said the move is a response to a U.S. announcement that 27 Russian diplomats and their families would have to leave by January 30.
POLITICS・1 DAY AGO
CNN

(CNN) — The news that former Trump White House chief of staff Mark Meadows is now cooperating with the House's January 6 select committee investigation represents a clear and present danger to the former president and his attempts to rewrite the history of that fateful day. "He has produced records...
PRESIDENTIAL ELECTION・2 DAYS AGO

A local elected official in Michigan who refused to certify the 2020 election result and President Joe Biden’s victory has died of Covid-19. William Hartmann sat on the board of canvassers for Wayne County, which includes heavily Democratic Detroit. Last year, he and fellow Republican member Monica Palmer initially voted against certifying the election results, creating a tie on the board. They later reversed course and certified the election results and Mr Hartmann said he did so after assurances there would be a post-election audit. This came despite the fact that Mr Biden beat former President Donald Trump overwhelmingly...
PRESIDENTIAL ELECTION・19 HOURS AGO
Washington Post

Over four years in the White House, President Donald Trump proved exceptionally adept at using his office to manipulate the legal system. But the Constitution gives no role — or powers — to ex-presidents. The result is that Trump’s run of evading accountability may finally be ending, as most recently shown by an appellate court’s skepticism Tuesday toward his attempt to block the House Jan. 6 Committee investigation.
PRESIDENTIAL ELECTION・1 DAY AGO
Business Insider

Jena Griswold told The Washington Post that there was a concerted campaign to place Trump allies in roles overseeing elections.
COLORADO STATE・2 DAYS AGO
WashingtonExaminer

The mother-in-law of Netflix CEO Ted Sarandos was shot to death Thursday during a break-in at her Beverly Hills home after the killer smashed through a backyard sliding glass door.
BEVERLY HILLS, CA・20 HOURS AGO
Vice

Confusingly, the leaders of this land of contradictions—who have said they’re motivated by California governor Gavin Newsom’s mandate that schoolchildren be vaccinated against COVID-19—have asserted that they are not seceding from either the state of California or the United States, but simply refusing to recognize their legal and political authority. (They cite the refusal of San Francisco, a Newsom stronghold, to enforce federal immigration laws as precedent, though that city has not declared itself a republic.) Footage from the council meeting, though, complicates the picture.
U.S. POLITICS・22 HOURS AGO
WashingtonExaminer

Americans with private medical insurance will be able to have the costs of at-home Covid-19 testing kits reimbursed by their insurers as part of a series of actions from Joe Biden’s administration to bolster the US against the coronavirus pandemic as the public health crisis enters a third year.The new policy will not cover upfront costs for such rapid at-home kits, which can range from $10 to $25. Instead, the roughly 150 million Americans with private insurance plans must file claims with their insurance providers to be reimbursed for the cost of at-home testing. Private insurers already cover in-office...
PUBLIC HEALTH・17 HOURS AGO
Daily Mail

'We will remember what Moderna did': Experts say COVID-19 vaccine manufacturers not sharing their technology with poorer countries and building factories played a role in the emergence of the Omicron variant

Experts say COVID-19 vaccine manufacturers not sharing their technology has played a role in the emergence of variants such as the Omicron variant. Detected by researchers in South Africa last week, the variant has 50 mutations, including more than 30 on the spike protein, which the virus uses to enter and infect cells.
HEALTH・19 HOURS AGO