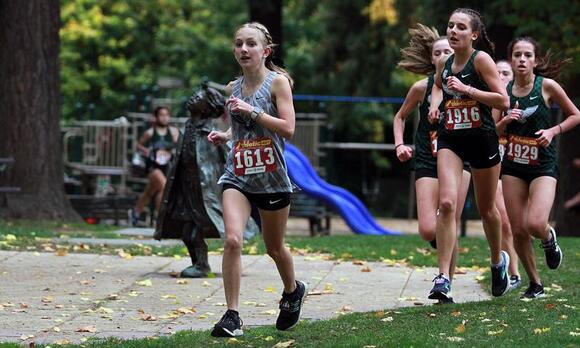 The Hawks compete against some of the state's best at Grant High School on Wednesday.

With the biggest meet of the year just a week ahead, the Nelson cross country teams tested themselves against some of the state's best.

The Hawks ran in the PIL/MHC Crossover meet at Grant High School on Wednesday, Oct. 20, facing off against two other Mt. Hood Conference schools and three from the Portland Interscholastic League.

"With the split of schools, seniors were able to choose to stay at Clackamas (High School) this year so we don't have any seniors on our varsity squads," said Nelson coach Anton Clifford. "I am really proud of some of our individual accomplishments this year, though."

Next up, the Hawks will run in the Mt. Hood Conference district championship at Blue Lake Regional Park in Fairview on Thursday, Oct. 28. The top three boys and girls teams at district will qualify for the Class 6A state meet, along with any top-seven finishers from teams that finish outside the top three.

"For both teams, we are at the point in the season where we are getting some wear and tear, so some of my athletes were backing off a bit to stay healthy for the district meet," Clifford said. "(But) this year was always about building the program, building traditions and taking flight, if you will."

In the girls meet, Ida B. Wells raced off with top honors after taking the top four places in the 5-kilometer race and landing all five of its varsity scorers in the top 10. The complete team scoring was: Ida B. Wells 20, Franklin 41, Grant 59, Sandy 127, Adrienne Nelson 142.

Wells senior Charlotte Richman was the day's individual champion with a finishing time of 18 minutes, 4.70 seconds.

The ability to compete with a full team is another marker of progress for the young Nelson program.

"At the beginning of the season, I didn't even know if I was going to be able to field a full team this year, but we have been growing steadily and now have a consistent 18 athletes at most practices," Clifford said. 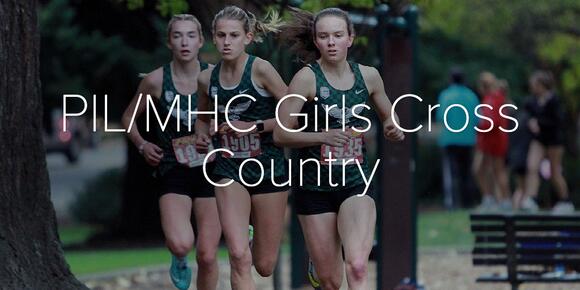 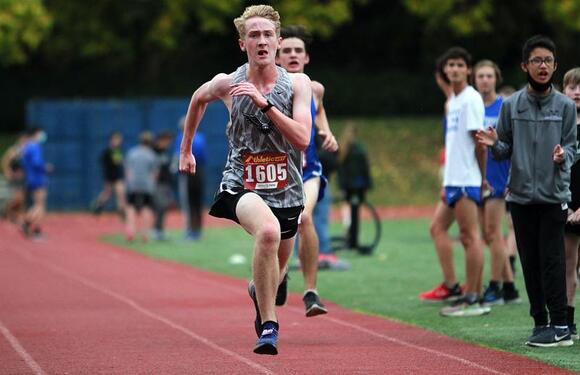 The Hawks fielded just two runners in the varsity boys meet, which was dominated by Franklin. The Lightning saw senior Charlie North win the race with a time of 16:07.80 and also placed varsity runners in the third through eighth overall places.

"We have a lot of upcoming talent in our current freshmen and sophomore groups on both teams, and I think we are poised to be pretty competitive next season," Clifford added. "The plus side of not having any varsity seniors is that everyone is back next year." 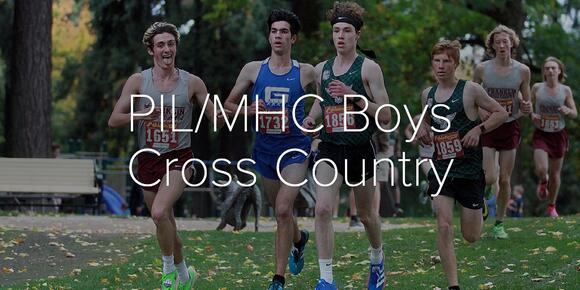 6-foot-1 freshman Jazzy Davidson has Cavs off to fast start after beating No. 1 South Medford.It didn't take long for Clackamas freshman Jazzy Davidson to announce her arrival on the state's girls basketball scene. The 6-foot-1 guard had 24 points, 12 rebounds and nine blocked shots to lead the sixth-ranked Cavaliers past No. 1 South Medford 58-56 in overtime in the Luke Roth Showcase at Sheldon High School on Dec. 4. Davidson, who already has an offer from Stanford, was the catalyst for a Clackamas team that started four freshmen and one sophomore. She also had 23 points when the...
19 HOURS AGO
Clackamas Review

Crusaders lead by double digits twice in the second half before Cavs close within one.Seriously, what more could you ask for? On just the second day of the 2021-22 winter season, we got a matchup between two of Oregon's top high school boys basketball teams — Jesuit and Clackamas — big plays, huge momentum swings and, ultimately, a 59-55 non-league win by the Crusaders at Clackamas High School. "I thought the key was defense, coaching and practice, how we go hard in practice and in the game," said Jesuit junior wing Isaiah Crane, who led his team with 21 points...
5 DAYS AGO
Clackamas Review

West Linn, Wilsonville, Gladstone boys basketball back for more in 2021-22

Check out our previews of the boys basketball teams at 11 Clackamas County high schools. After trying to get the most out of the pandemic-shortened 2021 spring season, high school boys basketball is back and ready for a return to full-length seasons, playoffs and state championships. That is definitely the...
5 DAYS AGO

Despite some challenges, the 2021 fall season of high school sports was awesome.It was a helluva fall season. I know, I know, "helluva" is not a word, but I don't like swearing in print. Nonetheless, the 2021 fall high school sports season — as much of it as I saw anyway — was awesome. Here's why. While we in Oregon are still dealing with indoor mask mandates, social distancing requirements and more, even the most cautious among us has to admit that things are better pandemic-wise now than they were at the start of the fall season. At the end...
6 DAYS AGO
Clackamas Review

Check out the best of the best here, and link to the complete all-star lists for all fall sports.They are the best. The fastest, the most dangerous, the highest scoring, the toughest — these are your Tri-Valley Conference all-stars for the 2021 fall season. While we cannot publish every one of the various all-league teams in print, they will be published in full on the sports tab of our website, clackamasreview.com. But here's a snapshot of the very best of the very best from Tri-Valley Conference sports for the fall 2021 season.A D V E R T I S I...
8 DAYS AGO
Clackamas Review

Check out the best of the best here, and link to the complete all-star lists for all fall sports.They ran the fastest. They hit the hardest. They scored the most and they won — a lot. These are your Northwest Oregon Conference all-stars for the 2021 fall season. While we cannot publish every one of the various all-league teams in print, you can link to complete lists for each sport below. Here's a snapshot of the very best of the very best from Northwest Oregon Conference sports for the fall 2021 season.A D V E R T I S I...
13 DAYS AGO

Falcons get three PK goals from Mizael Harris, two scores by Kevin Serrano-Maldonado.The Class 5A state soccer championship game was less a competition and more a coronation for the La Salle boys team. The Falcons — the top-ranked Class 5A team in state — proved as much on Saturday, Nov. 13, when they routed No. 3 Corvallis 5-0 in the title game at Hillsboro Stadium. "We wanted to win so badly, just one more time," said La Salle senior forward Mizael Harris, who scored three goals — all on penalty kicks — and assisted on another in the championship. "I...
23 DAYS AGO
Clackamas Review