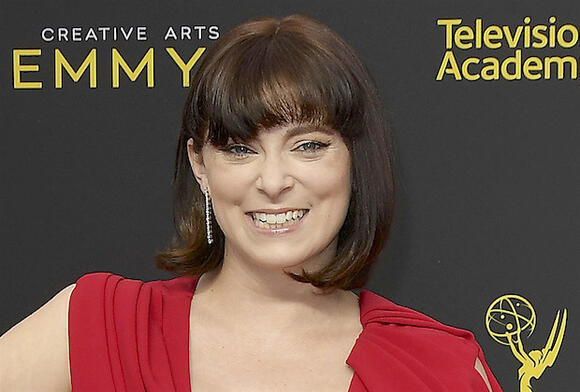 Bloom will play twin sisters in the Hulu comedy Badass (And Her Sister) , our sister site Deadline reports. The project, now in development at the streamer, will reunite Bloom with Aline Brosh McKenna, who co-created Crazy Ex with her and served as showrunner.

Bloom will play a spy “who tires of her life of sexy espionage and goes to live with her pushover twin sister,” also played by Bloom. “Together, they learn what it means to actually be badass,” per the official description. Bloom and McKenna wrote the pilot together and will serve as co-showrunners and executive producers, should the project get picked up to series.

Bloom starred as hopeless romantic Rebecca Bunch on the CW musical rom-com Crazy Ex-Girlfriend , which wrapped up a four-season run in 2019. She won a Golden Globe for best actress in a TV musical or comedy in 2016 for Crazy Ex ‘s freshman season. Bloom also won an Emmy in 2019 for her part in composing the music and lyrics to the Crazy Ex Season 4 song “Antidepressants Are So Not a Big Deal.”

Next, she’s set to costar along with Keegan-Michael Key, Johnny Knoxville and Michael McKean in Reboot , a Hulu comedy pilot from Modern Family creator Steve Levitan.

Discovery+ will take viewers inside the dissolution of Johnny Depp and Amber Heard’s relationship in the two-part documentary Johnny vs. Amber, our sister site Deadline reports. The first installment will present the pair’s court case from Depp’s point of view, while the second episode will take a look at events from Heard’s perspective. The doc will include interviews with lawyers on both sides, as well as people close to Depp and Heard. “Through the tapes, home videos and text messages shown in court, these films give viewers a rare and important insight into a marriage that went tragically wrong, and to better...
TV & VIDEOS・7 DAYS AGO
TVLine

In New Jason Katims Dramedy, Autistic Roommates Fight Fear — Watch Trailer for As We See It and Get Premiere Date

In the trailer released Monday for Jason Katims’ As We See It, life is full of possibilities, especially if you’re able to “make fear your bitch.” The eight-episode Prime Video dramedy (which drops in full Friday, Jan. 21) tells the story of three twentysomething roommates living on the autism spectrum as they attempt to “get and keep jobs, make friends, fall in love and navigate a world that eludes them,” the official description reads. “With the help of their families, aide and sometimes even each other, these roommates experience setbacks and celebrate triumphs on their own unique journeys towards independence and acceptance.” The...
TV & VIDEOS・4 DAYS AGO
TVLine

More than two years after dropping Season 1, Hulu’s Dollface has at long last set a premiere date for its second season. Season 2 was ordered back in January 2020, but production didn’t get underway in earnest until July 2021 (#pandemic). Now, Hulu has announced, Season 2 will release all 10 of its episodes on Friday, Feb. 11, 2022. Season 2 of the comedy will follow Jules (played by Kat Dennings) and her best friends — “post-pandemic, post-heartbreak” and heading toward turning 30. Having successfully reunited with her friends (played by Brenda Song, Shay Mitchell, and Esther Povitsky), Jules must now balance...
TV SERIES・3 DAYS AGO
tvinsider.com

Mere weeks stand between viewers and How I Met Your Father‘s arrival as Hulu unveiled the official premiere date for the How I Met Your Mother spinoff. Beginning Tuesday, January 18, 2022, fans can tune in to stream the series starring Hilary Duff as Sophie, who is telling her son the story of how she met his father. Set primarily in 2021, How I Met Your Father‘s action focuses mainly on Sophie and her friends who are in the process of figuring out who they are.
TV SERIES・10 DAYS AGO

The CW is recruiting one of the original 4400 for its reboot: Patrick John Flueger, who played returnee Shawn Farrell on the USA Network drama, will guest-star as Caleb, a charismatic figure from one of the 4400’s past, our sister site Deadline reports. Additionally, original series co-creator Scott Peters will direct an upcoming episode of the update. Airing Mondays at 9/8c, the CW drama follows 4,400 overlooked, undervalued, or otherwise marginalized people who vanished without a trace over the last hundred years and are all returned in an instant, having not aged a day and with no memory of what happened...
TV SERIES・4 DAYS AGO
Popculture

Netflix is removing one of Jack Black's most beloved comedies from its catalog, despite the fact that it recently dominated the streamer's Top 10. School of Rock, directed by Dazed and Confused's Richard Linklater, made it all the way to number 6 on Netflix in September as fans were reminded why the 2003 movie is such a classic, so be sure to catch it before it leaves on Nov. 30.
TV & VIDEOS・2 DAYS AGO
Daily Mail

Rachel Griffiths has been fortunate enough to continue working during the pandemic. And she is hoping one of her projects, the ABC series Aftertaste, will get the green light for a second season. The actress, 52, told TV Tonight: 'I'm hoping to do another series of Aftertaste, albeit in the...
CELEBRITIES・9 DAYS AGO
TVLine

On TV this Tuesday: The Jonas Brothers get burned, Top Gear revs up for the British Grand Prix, and a deadly superbug infects New Amsterdam. Here are 10 programs to keep on your radar; all times are Eastern. Netflix. Jonas Brothers Family Roast. Netflix. Masters of the Universe: Revelation. HBO.
TV SHOWS・4 DAYS AGO

Hulu announced that “The D’Amelio Show” has been renewed for a second season. The unscripted series follows social media stars Dixie and Charli D’Amelio and their parents Marc and Heidi as the family navigates the transition from a normal life into overnight celebrity status. Season 1, which debuted Sept. 3, saw the family settle into life in Los Angeles after moving to the city to further their careers after Charli, at 16, and Dixie, at 20, became two of the biggest names on TikTok for their dancing and singing, respectively. “The D’Amelio Show” is executive produced by Eli Holzman and Aaron Saidman...
TV SERIES・11 DAYS AGO
TVLine

HBO is working for The Weeknd. Actually, make that the other way around. The network has given a formal series order to The Idol, a subversive drama about the music industry, co-created by and starring Abel “The Weeknd” Tesfaye, TVLine has learned. Also co-created by Reza Fahim and Euphoria‘s Sam Levinson, the series “centers on a self-help guru and leader of a modern-day cult, who develops a complicated relationship with an up-and-coming pop idol,” per the official logline. As previously announced, The Weeknd will star alongside Lily-Rose Depp. Additional series regulars include Suzanna Son, Steve Zissis and Troye Sivan, according to our...
MUSIC・4 DAYS AGO
TVLine

Saved by the Bell‘s Kelly Kapowski gave up on becoming a doctor when she agreed to marry Zack Morris during The College Years — a decision Tiffani Thiessen’s alter ego reevaluates during Season 2 of the Peacock revival. Midway through SBTB‘s sophomore run, Kelly confides in Jessie and Lisa that she’s been seeing a man — a tutor, that is, to prepare her for the MCAT exam. But just a couple of episodes later, she tells Jessie that she’s having doubts. The universe clearly doesn’t want her to become a doctor — and it was fate, she says, that led Zack...
TV SERIES・1 DAY AGO
TVLine

Euphoria‘s Rue dances and lip-syncs her way through Frank Sinatra’s “Call Me Irresponsible” at the start of the HBO drama’s Season 2 trailer, and if that’s not a new level of self-awareness, we don’t know what is. The troubled teen and her friends are back for another go in the new video, which the premium cabler posted on Twitter Tuesday. We also get, at long last, the sophomore season’s premiere date: Sunday, Jan. 9. SEASON 2. JANUARY 9 ON @HBOMAX. pic.twitter.com/CQ8o0nTuIG — euphoria (@euphoriaHBO) November 23, 2021 The roughly minute-long preview shows Zendaya’s Rue tripping the light fantastic — or maybe just tripping —...
TV SERIES・3 DAYS AGO

The Best Hanukkah TV Episodes From Rugrats, Friends, The O.C. and More

With a belly full of Thanksgiving turkey, we now turn our attention (and stomachs) to Hanukkah and latkes. The eight-night celebration begins earlier than usual this year, kicking off this Sunday evening, Nov. 28, and to mark the occasion, TVLine has compiled a list of the eight best Hanukkah episodes to cue up.
CELEBRATIONS・1 DAY AGO
Popculture

Indian actor Yusuf Hussain has passed away at the age of 73 after contracting COVID-19. The Tribune India reports that Hussain, best known for his roles in Dhoom 2, Raees, and Road to Sangam passed away on Saturday at Lilavati Hospital in Mumbai. His son-in-law, filmmaker Hansal Mehta, who is...
PUBLIC HEALTH・23 DAYS AGO
thedigitalfix.com

Two of Arnold Schwarzenegger’s five children have followed in his acting footsteps – Patrick Schwarzenegger and Joseph Baena. And five years ago, Baena recreated one of his father’s most memorable scenes from 1991’s Terminator 2: Judgement Day. Now on the set of his new movie, Baena is once again channeling his famous father.
MOVIES・18 HOURS AGO
People

Michael B. Jordan and Lori Harvey are getting into the Thanksgiving spirit. On Instagram, Harvey gave fans a look at the delicious Thanksgiving spread — including mac and cheese, cornbread, turkey, salmon, potato gratin, spaghetti and more — as she poked fun of her boyfriend as he tried the food.
CELEBRITIES・1 DAY AGO
ComicBook

Safe House, a crime thriller starring Denzel Washington and Ryan Reynolds, has found a great second life on Netflix as of late, putting up solid streaming numbers and reaching new viewers nearly a decade after its theatrical debut. This week, another one of Washington's films is making the move to Netflix, and there's a good chance it could see a similar kind of popularity with viewers thanks to the star power of Denzel.
MOVIES・26 DAYS AGO
TVOvermind

Death is never an easy thing to deal with, but it is especially difficult when it happens to someone who is young and hasn’t gotten the chance to meet their full potential. Sadly, that was the case for up and coming actor, Joey Morgan. The talented young performer was just getting his feet wet in the entertainment industry and he appeared to have a bright future ahead of him. However, his life was cut short in November of 2021 when he suddenly passed away at just 28 years old. Even though he is no longer here, his memory will continue to live on through his work and the countless lives he touched. Keep reading to learn more about Joey Morgan’s legacy.
CELEBRITIES・1 DAY AGO
TVShowsAce

‘General Hospital’ News: Will Julie Berman Be Back As Lulu Spencer?

General Hospital spoilers suggest the character of Lulu Spencer may emerge from her coma soon, and viewers wonder if actor Julie Berman may return to reprise the role. In late 2020, Lulu was a victim of the explosion at the Floating Rib. The incident came right as her ex-husband Dante returned to town and her new flame Dustin proposed. Lulu seemed fine at first, although Dustin died in the blast. Just as Lulu and Dante were admitting they still loved one another, she collapsed and fell into a coma. Soon after that, she transferred to a facility outside of Port Charles and her prognosis seemed dim.
TV & VIDEOS・22 HOURS AGO
goodhousekeeping.com

The new seasons of Grey’s Anatomy and Station 19 kicked off in late September with a heart-stopping crossover event. Now, only a month later, the two hit ABC dramas are set to share the small screen again, but there’s a little bit of an unexpected wait. On October 21, minutes...
TV SERIES・29 DAYS AGO