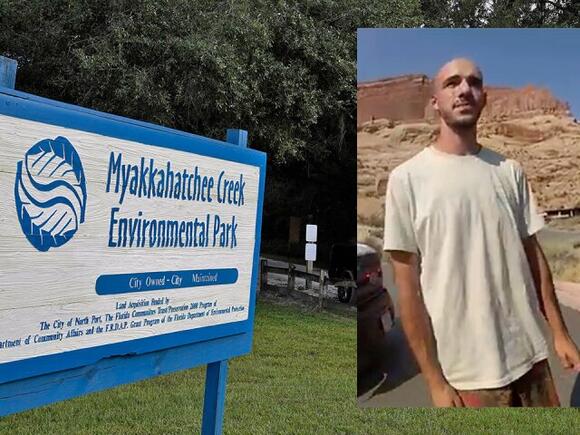 The FBI has confirmed skeletal remains found on Wednesday at the Carlton Memorial Reserve and Myakkahatchee Creek Environmental Park are those of Brian Laundrie.

The confirmation comes a little more than 24 hours after the FBI announced the discovery of remains at the Myakkahatchee Creek Environmental Park Wednesday afternoon.

Laundie’s remains were found in the same area where belongings of his were discovered on Tuesday.

According to the FBI, Laundrie's notebook and backpack were found in an area that was previously covered by water.

The Laundrie family attorney confirmed the items were found Tuesday morning at the Myakkahatchee Creek Environmental Park near a trail that he frequented.

Following the FBI's confirmation of the remains the family attorney released the following statement:

"Chris and Roberta Laundrie have been informed that the remains found yesterday in the reserve are indeed Brian’s. We have no further comment at this time and we ask that you respect the Laundrie’s privacy at this time."

Portions of the Myakkahatchee Creek Environmental Park and Carlton Reserve remain closed to the public as officials continue their investigation.

The search for Laundrie lasted more than a month.

A federal arrest warrant was issued for Laundrie by U.S. District Court of Wyoming in September following the death of his fiance Gabby Petito.

A warrant was issued for his arrest for violation of the federal statute "use of unauthorized access devices."
Laundrie and Petito were on a cross-country trip over the summer when he returned to his parent's North Port home, where they both lived, without her. Petito was reported missing on September 11 and her body was found in Wyoming's Bridger-Teton on Sunday, September 19. The body was confirmed to be that of Petito on September 21.

The Teton County Coroner Dr. Brent Blue announced on October 11 that her cause of death was manual strangulation/throttling and ruled the manner of death a homicide.

Story developing, refresh for updates. Stay with ABC Action News for the latest.

Police are asking for help to find a missing 11-year-old. Last seen in in the 600 block of 60th Avenue Drive west. Bradenton.
BRADENTON, FL・2 HOURS AGO
ABC Action News WFTS

16-year-old charged with murder of 13-year-old

After a lengthy investigation. Police have charged a teen in the shooting death of a 13-year-old boy.
TAMPA, FL・16 HOURS AGO
ABC Action News WFTS

Founders of Moms for Liberty group speak out

Nearly one year after Moms for Liberty was founded in Florida, the group has spread across the country and with it, questions over whether the moms' group that touts parental rights is driven by an agenda beyond the classroom.
BREVARD COUNTY, FL・20 HOURS AGO

A Lutz man accused of killing a woman and dumping her body parts into McKay Bay will stay in custody. That's after a judge's ruling earlier today.
TAMPA, FL・2 DAYS AGO
ABC Action News WFTS

A man accused of killing and dismembering a woman and dumping her body into McKay Bay will find out whether or not he'll be offered bail.
PUBLIC SAFETY・3 DAYS AGO

A serial bank robber, with a history of robbing banks two decades ago, was arrested Tuesday within minutes of robbing a Clearwater bank, police said.
CLEARWATER, FL・3 DAYS AGO
ABC Action News WFTS

A Florida Missing Child Alert was canceled Tuesday evening for a 17-year-old last seen in Hudson on Monday.
PASCO COUNTY, FL・4 DAYS AGO

Residential evictions continue to increase in Tampa Bay, but some of these evictions are happening while residents are waiting for emergency rental assistance from programs like OUR Florida.
FLORIDA STATE・3 DAYS AGO
ABC Action News WFTS

The FDLE is investigating after a Hillsborough County man was found dead in Lake City Sunday. According to state law enforcement, a local rapper from Riverview is accused of killing him.
TAMPA, FL・6 DAYS AGO
ABC Action News WFTS

Hillsborough County Fire Rescue says they are still investigating what started the fire in an upstairs unit of a Tampa apartment complex.
TAMPA, FL・4 DAYS AGO
ABC Action News WFTS

A pedestrian was killed early Monday morning in a deputy-involved crash in Largo, according to the Pinellas County Sheriff's Office.
LARGO, FL・5 DAYS AGO
ABC Action News WFTS

A Hernando Sheriff deputy and a K-9 were in a serious accident at Cortez and Jasmine Friday night.
HERNANDO COUNTY, FL・7 DAYS AGO