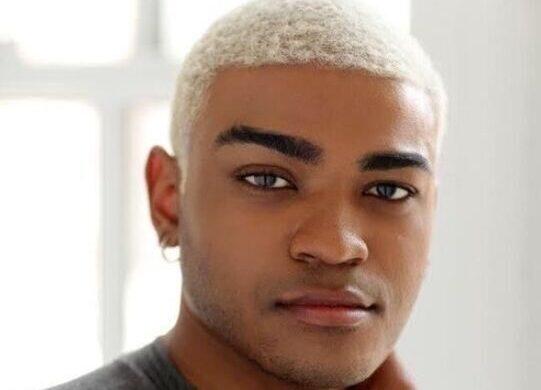 Thiele will appear in the new season as Q, a new Woom employee who becomes the girls’ cooler and younger confidante. Season 2 does not currently have a premiere date, but is expected to debut in 2022.

Thiele can currently be seen in Season 2 of “I Think You Should Leave with Tim Robinson” on Netflix. Thiele’s short film, “How Moving,” was selected for the Frameline Film Festival and Outfest. He wrote, directed, and starred in the film. He also co-starred in Cazzie David and Elisa Kalani’s Amazon pilot “Half Empty.”

Thiele is repped by CAA and Range Media Partners.

“Dollface” originally debuted in 2019 and was renewed for Season 2 in January 2020. The show centers on a young woman named Jules (Kat Dennings), who, in the aftermath of a breakup, tries to rekindle long-forgotten female friendships amidst a battle with her own imagination.

Brenda Song, Shay Mitchell and Esther Povitsky also star alongside Dennings. It was previously announced that Lilly Singh would join the show in Season 2 along with Chelsea Frei, Jayson Blair, Luke Cook, and Corinne Foxx.

Jurnee Smollett has landed the female lead in “The Burial,” a new courtroom drama from Amazon Studios. The “Lovecraft Country” actor will star opposite Jamie Foxx and Tommy Lee Jones in the Maggie Betts-directed project. Based on a true story, the film follows a bankrupt funeral home owner who decides to sue a rival businessman over a handshake deal gone wrong. The owner hires a flamboyant attorney (Foxx) to handle the case. Smollett will play Foxx’s opposing counsel, sources said. Betts is directing from a script written by Doug Wright. Producers on the film include Bobby Shriver via his Bobby Shriver Inc....
MOVIES・18 DAYS AGO
Variety

The “Dead Boy Detectives” pilot at HBO Max has found its main cast, Variety has learned exclusively from sources. George Rexstrew, Jayden Revri (“The Lodge”), and Kassius Nelson (“Last Night in Soho,” “Lemony Snicket’s A Series of Unfortunate Events”) will star in the three lead roles. Rexstrew is a recent graduate of the London Academy of Music and Dramatic Art, and “Dead Boy Detectives” would mark his onscreen debut. Based on the DC Comics characters created by Neil Gaiman, the one-hour series would follow the Dead Boy Detectives — Charles Rowland (Revri) and Edwin Paine (Rexstrew) — who decided not to enter the...
TV SERIES・14 DAYS AGO
Variety

Even by the standards of the choose-your-own-adventure TV landscape, exceptional TV spread diffusely across the landscape this year — so much so that two critics making Top 10 lists only shared three series in common. Beyond those three consensus shows — HBO Max’s “Hacks,” HBO’s “Succession,” and Amazon Prime Video’s...
TV SERIES・3 DAYS AGO
Popculture

Right now Netflix has an epic Kevin Costner movie available to stream, but users only have a few days left to watch the classic flick. Head over to the streamer now and queue up Waterworld, a big-budget Costner film from the '90s that also stars Jeanne Tripplehorn, Tina Majorino, and late film icon Dennis Hopper. The movie also featured beloved character actor Michael Jeter, who passed away in 2003.
MOVIES・11 DAYS AGO

'Yellowstone': Sally Struthers Did Not Join Cast, Despite Fans' Confusion

During last week's two-hour Yellowstone Season 4 premiere, Sally Struthers' name shot up the Google search charts even though the All in the Family star had nothing to do with the show. It turns out that many viewers mistook two-time Oscar-nominated Australian star Jacki Weaver for Struthers. Weaver joined Yellowstone as the new villain, Market Equities CEO Caroline Warner.
TV SERIES・22 DAYS AGO
Bossip

“Harlem” Exclusive: Tracy Oliver Says She “Freaked Out” And “Cried” When Jasmine Guy And Whoopi Goldberg Joined The Cast

BOSSIP spoke with "Harlem" Executive Producer Tracy Oliver about the show. Oliver revealed her goal with casting was to make sure as many Black women as possible would see themselves reflected on screen. She also shared how she freaked out over Jasmine Guy and Whoopi Goldberg joining the series.
NEW YORK CITY, NY・17 HOURS AGO
ETOnline.com

What's New on Hulu (and What's Leaving) in December

December is a busy month at Hulu. The streaming service is dropping holiday specials, new seasons of your old favorites and new movies on their site all December long. If you're still relying on Netflix for the freshest streaming content, it's time to take a look at Hulu. If you'd...
TV & VIDEOS・7 DAYS AGO
E! News

Everything We Know About Dollface Season 2

Watch: How Shay Mitchell Told "Dollface" Costars She Was Pregnant. Real friends stick together forever, and we consider ourselves very good friends with Jules and her girl gang. Hulu has just announced that Dollface will be showing its face again on Hulu in 2022. The series, which tells the story...
TV SERIES・13 DAYS AGO

PEN15 is coming to an end with the second half of Season 2 on Hulu, which arrives on the platform later this week. The news comes from an extensive profile of show creators Maya Erskine and Anna Konkle in The New Yorker. In September 2020, the first seven episodes of Season 2 aired, along with an animated special in 2021.
TV SERIES・6 DAYS AGO
cartermatt.com

We know that you won’t be seeing Cobra Kai season 4 premiere until the end of the year, but we’ve already got something fun to check out!. As it turns out, former Spider-Man and The Social Network star Andrew Garfield is just like all of us: He’s an enormous fan of the show. He recognizes how easy it is to be hooked, and also how difficult it is now to be stuck waiting for new episodes to arrive.
TV SERIES・10 DAYS AGO
Primetimer

Saved By the Bell's cast and creators are picking up the pieces themselves as the students of Bayside High return from a sophomore year turned on its head by the COVID pandemic. Before Peacock's reboot of the beloved teen show returns for a second season on Wednesday, Nov. 24, PopCulture.com talked to the cast and creators about navigating the real-life pandemic in the fictional halls of Bayside.
TV SERIES・13 DAYS AGO
toofab.com

While Beth was ready to keep it real on her Real World return, she tells TooFab she's disappointed others in her cast weren't. "I really wanna know what is it about me that people don't like." That was Beth Stolarczyk's main goal for returning to the home that first made...
TV SERIES・12 DAYS AGO
Variety

Gotham Awards Predictions: Will Netflix Rule Both Sides of Film and TV With ‘The Lost Daughter’ and ‘Squid Game’?

The Gotham Awards will be the first awards body on the independent circuit to choose its winners for the year on Monday. On the film side, two Netflix features lead the tally, both from debut women filmmakers — Rebecca Hall’s “Passing” and Maggie Gyllenhaal’s “The Lost Daughter.” There isn’t always an obvious blueprint to predicting this group. As we saw with last year’s two tied categories (please, God, no more ties), things could get interesting at Cipriani Wall Street. The Gotham are just the start of a busy week that has a great influence on the Oscar race. After Monday’s first...
MOVIES・8 DAYS AGO
Popculture

12 Dates of Christmas is set to kick off the holiday season on Thursday, Nov. 25. The dating series' second season, which will premiere is on HBO Max, will feature a new group of singles who are looking for love amid a gorgeous winter wonderland. In advance of the season premiere, 12 Dates of Christmas has given PopCulture.com an exclusive clip that showcases how romances are already starting to form.
TV SERIES・12 DAYS AGO
imdb.com

With only a few episodes of HBO’s Emmy-winning family drama series remaining, Succession just dropped it’s best, most wild episode of season 3 yet. This time, the focus was largely on Kendall Roy (Jeremy Strong), who finds his case against his father, Logan (Brian Cox), and Waystar Royco slowly falling apart as he throws a lavish birthday bash for himself.
TV & VIDEOS・7 DAYS AGO
Distractify

Of course, Sami can’t give everything away, but there’s some comfort in knowing that Becca gets her own journey in the final installment of Pen15. Becca is one of those bullies who clearly has her own insecurities, and Sami’s portrayal of her is spot-on. “You will definitely get to see...
TV SERIES・4 DAYS AGO
featureweekly.com

Cara Delevingne has been cast as a series regular in Season 2 of Hulu’s Only Murders in the Building. Alice, a clever art world insider who becomes entangled in the mystery, will be played by Cara Delevingne. In the Prime Video series Carnival Row, the actress and model co-stars with...
TV SERIES・5 DAYS AGO