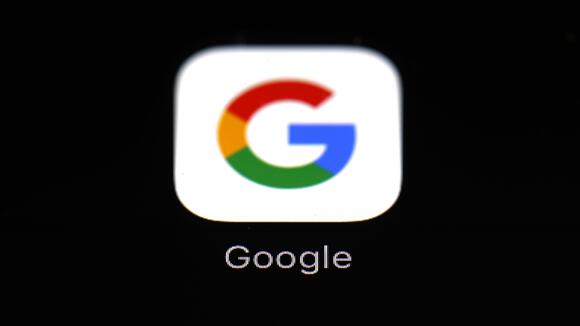 Google Play, the internet giant’s Android app store, will reduce the fee it charges developers who sell subscriptions to 15%, starting when customers sign up for a recurring service plan. The change takes effect Jan. 1, 2022.

Currently, Google Play — like Apple’s App Store — charges apps with subscriptions 30% in the first year, then drops to 15% after 12 months. However, “we’ve heard that customer churn makes it challenging for subscription businesses to benefit from that reduced rate. So, we’re simplifying things to ensure they can,” Sameer Samat, VP of product management for Android and Google Play, wrote in a blog post announcing the fee change.

“Digital subscriptions have become one of the fastest growing models for developers but we know that subscription businesses face specific challenges in customer acquisition and retention,” Samat added.

Companies including Netflix and Spotify currently don’t let users pay for subscriptions through Apple’s App Store or Google Play, because of the fees the app stores charge. It’s not clear whether the Google Play fee change to 15% out of the gate will convince the likes of Netflix or Spotify to change the status quo, though.

In addition, Google Play is reducing the service fee for on-demand music streaming services and ebooks, which will now be eligible for a service fee as low as 10%. “The new rates recognize industry economics of media content verticals and make Google Play work better for developers and the communities of artists, musicians and authors they represent,” Samat wrote.

In a statement provided by Google, Bumble founder/CEO Whitney Wolfe Herd said, “The pricing change they’ve announced will allow us to better invest in our products and further empower users to confidently connect online.” The internet company also provided a quote from Duolingo CEO Luis von Ahn, who said, “We’re excited to see Google continuing to collaborate with the ecosystem to find models that work for both the developer and platform. This reduction in subscription fees will help Duolingo accelerate our mission of universally available language learning.”

According to Google, 97% of developers distribute their apps on Google Play for free. For developers that offer paid apps or offer in-app purchases, the flat service fee has been 30%. Apple charges the same standard “app tax” for its App Store.

Both Google and Apple have faced growing calls from app makers like Spotify to adopt fairer terms for their app stores, while “Fortnite” developer Epic Games has sued both tech giants alleging their app stores represent illegal monopolies. (The ruling in the Apple case was largely in Apple’s favor, though Epic is now appealing the decision .) In addition, U.S. lawmakers have introduced legislation aimed at curbing the app stores’ power. This summer, 36 U.S. state attorneys general sued Google, alleging the company’s Google Play store abused its dominant market position. (Google called the state AGs’ antitrust suit “meritless” and said Google Play is “a system that provides more openness and choice than others.”)

Earlier this year, Google reduced its standard fee for all developers who earn less than $1 million on app purchases to 15% (following Apple’s move to do the same ). Critics dismissed those as PR moves that didn’t address the virtual duopoly the two companies hold on app distribution.

All products and services featured by Variety are independently selected by Variety editors. However, Variety may receive a commission on orders placed through its retail links, and the retailer may receive certain auditable data for accounting purposes. There are more than a few Apple Watch models that are on sale this Black Friday, but with dozens of competing sales and listing prices on different retailers it can be hard to keep track of the best deals. Currently, the best two deals are on the Apple Watch Series 3 (45% off on Walmart) and the Series 5 (39% off on Amazon). Apple is...
ELECTRONICS・1 DAY AGO
Variety

All products and services featured by Variety are independently selected by Variety editors. However, Variety may receive a commission on orders placed through its retail links, and the retailer may receive certain auditable data for accounting purposes. Black Friday and Cyber Monday are still the best days in the year to get new tech, whether you’re looking for a new TV, computer monitor, laptop or headphones. And unlike the past, the best deals aren’t relegated to brick-and-mortar stores so you can save big from the comfort of your home. From Walmart to Best Buy to Amazon, here are the best tech deals...
SHOPPING・1 DAY AGO
Variety

“Lucky,” the film project adapted from Alice Sebold’s 1999 memoir toplined by “You” star Victoria Pedretti, has been abandoned, Variety has learned. The movie was dropped after losing its financing months ago, according to a source close to the production. Pedretti is also no longer involved. In “Lucky,” Sebold depicts being viciously beaten and raped by a stranger during her freshman year at Syracuse University in 1981, and explores how this trauma shaped the rest of her life. On Wednesday, a New York Times article detailed how executive producer Timothy Mucciante raised concerns about the events in the book and left the...
MOVIES・2 DAYS AGO
Phone Arena

Android's notification dots allow users to see which of their apps has a notification that they have yet to open. With iOS, the number of unread notifications is placed inside the dots. A tipster named Nick Cipriani has revealed to AndroidPolice how Google is looking to use notification dots inside Google Messages to highlight the messages that the user has yet to open.
CELL PHONES・13 DAYS AGO

A new report says Apple has been buying up Google ads for other people's apps on the App Store. Forbes claims that Apple may have collected millions in revenue from subscriptions. Developers say Apple is driving customers to the App Store rather than web purchases so it makes more money.
TECHNOLOGY・14 DAYS AGO
idownloadblog.com

Apple seems to have plotted a legitimate yet cunning scheme designed to capture millions of dollars in revenue from high-profile subscription apps like Tinder and HBO. It involves buying Google ads which take customers to an app’s page on the App Store, potentially preventing people from realizing they could also subscribe on the web.
TECHNOLOGY・12 DAYS AGO
Reuters

SEOUL, Nov 16 (Reuters) - Apple Inc (AAPL.O) and Alphabet's (GOOGL.O) Google are not doing enough to comply with a South Korean law that bars dominant app store operators from forcing app developers to use their payment systems, a lawmaker who spearheaded the amendment told Reuters. South Korea, the first...
WORLD・11 DAYS AGO
Phone Arena

According to a report in Forbes, several app developers say that Apple is secretly purchasing Google ads for iOS subscription apps found in the App Store without approval from the apps' developers. The report claims that Apple is doing this to help it collect millions of dollars in subscription revenue and calls it "ad arbitrage." Arbitrage is the practice of making a hedged bet on Wall Street by buying and selling the same shares in different markets to profit from a small difference in price.
TECHNOLOGY・12 DAYS AGO

Epic Games Inc. Chief Executive Officer Tim Sweeney renewed his attack on Apple and Google as the world's dominant mobile duopoly before calling for a universal app store that works across all operating systems as the solution. "What the world really needs now is a single store that works with...
BUSINESS・11 DAYS AGO
iclarified.com

Apple is quietly buying Google ads for high value apps to collect revenue from in-app subscription sales, reports Forbes. The ads are being placed without developers' consent and Google won't delete them. Sources tell the site that it's a form of ad arbitrage and it's been going on for at...
INTERNET・14 DAYS AGO
Fortune

Fortnite maker ups war of words in battle over app store payments: Google is ‘crazy’ and ‘Apple must be stopped’

Subscribe to Fortune Daily to get essential business stories straight to your inbox each morning. Epic Games Inc. Chief Executive Officer Tim Sweeney renewed his attack on the duopoly power of Apple Inc. and Alphabet Inc.’s Google as the world’s dominant mobile platforms at a conference in Seoul Tuesday. “Apple...
VIDEO GAMES・11 DAYS AGO
Android Police

It seems all Google wants to do these days is to remove valuable stats from public view. Recently, the company made the brave decision to take away dislike counts from YouTube, a step that was met with heavy criticism from both content creators and users. This following change might be a little more significant, especially if you're the kind of person to buy a lot of apps and games. In a bizarre move, Google Play seems to be testing the removal of the "last updated" section from listings in the Android app.
INTERNET・11 DAYS AGO
WKYT 27

(Gray News) - A Google Cloud outage appears to be alleviating a bit. Google Cloud’s outage was reported on its status dashboard Tuesday. The engineering team who is investigating the outage said the issue is partially resolved. The number of apps on Downdetector with reported problems has decreased from the...
INTERNET・11 DAYS AGO
ausdroid.net

While overall we’re very happy with Google’s sustained efforts in the TV space, that doesn’t mean they’ve gotten everything right. To this day searching for and installing apps (and content) on the big screen is a less than ideal proposition. It seems Google is finally making it easier to get...
CELL PHONES・12 DAYS AGO
xda-developers

Google is bringing Hinglish to support to its apps, starting with Google Pay

At its annual Google for India event today, Google announced a host of new features coming to its apps and services in the region. Google Assistant is getting the ability to help users make vaccine bookings, Search has received support for local language queries in five regional languages, and Google Pay will soon get a new Bill Split feature. In addition, Google is rolling out Hinglish support in Google Pay.
CELL PHONES・9 DAYS AGO
PC Gamer

Tim Sweeney wants one app store for every platform, probably in the metaverse

Epic Games CEO Tim Sweeney says the world needs one unified game store, and that Epic is working with developers and service providers to help make it happen. "What the world really needs now is a single store that works with all platforms," Sweeney said in an interview with Bloomberg. "Right now software ownership is fragmented between the iOS App Store, the Android Google Play marketplace, different stores on Xbox, PlayStation, and Nintendo Switch, and then Microsoft Store and the Mac App Store."
VIDEO GAMES・11 DAYS AGO
Rolling Stone

Apple’s hardware is known for its innovative design, longevity, and relatively high price tag. Black Friday and Cyber Monday are almost here, but the company hasn’t participated in either for several years. If you want a Black Friday deal on Apple’s gear, you’ll have to look elsewhere. Luckily, most major retailers have begun offering sales on Apple’s newest products. These are new, unopened products, not deals on refurbished or open box stock. If you know where to shop, you’ll never have to pay full price for a MacBook, AirPods, iPad, or Apple Watch again. What Are the Best Apple Black Friday Deals? We’ve...
ELECTRONICS・1 DAY AGO
Android Headlines

Here is a list of the top creative apps on Google Play. Whether it be content creation, time management tools, or even customizable sports apps, the Play Store has the software that you want on your phone. 1. Photoshop Mix. Photoshop Mix is a next-generation Adobe app. If you’re slightly...
NFL・9 DAYS AGO
imore.com

A malware analyst for Kaspersky, Tatyana Shishkova, has been tracking the appearance of Joker malware on numerous apps that have been available at some point on the Google Play Store. While some of the apps have registered barely any installs, quite a few have had thousands of downloads. The Joker malware has made numerous appearances over the years, with our last report on it detailing how it can access contacts and SMS messages without user permission.
TECHNOLOGY・4 DAYS AGO