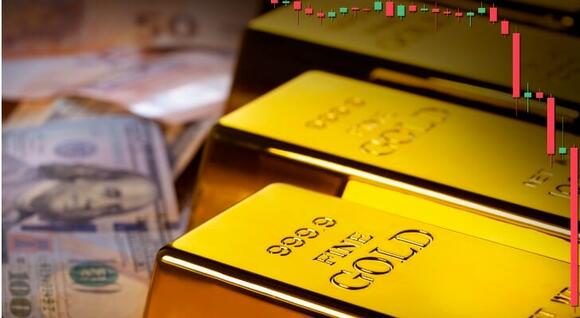 The COVID-19 recession may have gotten you thinking about how to preserve your wealth. Many investors consider store-of-value assets like Bitcoin and gold as ways to preserve wealth. For example, gold has thousands of years behind it as a universally recognized safe-haven commodity asset and inflation hedge . But the precious metal has been compared to a new asset, Bitcoin, along with other cryptocurrencies. Over the last decade Bitcoin has skyrocketed in price. Both assets promise benefits like diversification but come with their own drawbacks, too.

Consider working with a financial asset as you seek to make your portfolio recession-proof or inflation-proof.

The concept for Bitcoin was created as an electronic peer-to-peer cash system by an anonymous figure in 2008. Under the pseudonym Satoshi Nakamoto, this person (or group) described the system , which allows two parties to make transactions directly with each other without involving a third party.

Bitcoin’s popularity has grown because of several factors: It’s a portfolio diversifier like gold. It also has the potential to be a long-term store of value with a fixed supply that protects its value, unlike fiat currencies, which are government-issued currencies not backed by a physical commodity and controlled by central banks.

The fascination with the c ryptocurrency has led to a number of strong supporters. Those confident in the asset believe its price increases are just the tip of the iceberg. Figures such as Galaxy Digital CEO Mike Novogratz project the investment to overtake gold’s market capitalization, which currently sits at over $11 trillion, within just a few years. Some even call it “digital gold.”

However, the socially responsible investing (SRI) movement criticizes Bitcoin because mining the digital currency consumes massive amounts of energy. One consequence of that is that an initial supporter of Bitcoin, Tesla, recently dropped its acceptance of the cryptocurrency. When CEO Elon Musk cited the environmental cost of mining as the reason for the suspension Bitcoin’s price took a nosedive.

There are also concerns regarding the safety of trading in digital currency due to the potential for security breaches.

Gold has been regarded as an exceptional store of value for millennia and still is. Moreover, it’s a tangible asset people can easily pass down through the generations. The culture around gold is one of its benefits. It’s a mainstream asset that’s accessible to traders of all backgrounds in various economic situations. So, even if retail investors don’t understand cryptocurrencies they can buy gold .

And individuals aren’t the only ones who put faith in gold. Central banks also rely on its value to help create economic stability and growth. The U.S. itself used the gold standard up until the 1970s – which some investors argue was a safer option due to the volatility of current currencies. Others also feel this reliability and longevity may outlast cryptocurrencies, such as the CEO and founder of Goldex, Sylvia Carrasco . Carrasco points out that several cryptocurrencies have been banned, and Bitcoin may share the same fate.

But that doesn’t mean gold’s value is always the same. Its price has fluctuated over the years, and it doesn’t generate current income the way other investments can.

Gold also has an environmental impact. All mining operations pose possible risks, including water pollution, toxic emissions and decreases in biodiversity. It also has a history linked to human rights abuses and funding armed conflicts.

Gold has the trust of many investors. Although Bitcoin doesn’t have age on its side, its soaring popularity reflects genuine investor interest. So, let’s compare what they can offer to you.

Bitcoin vs. Gold: Which One Is Right For You? 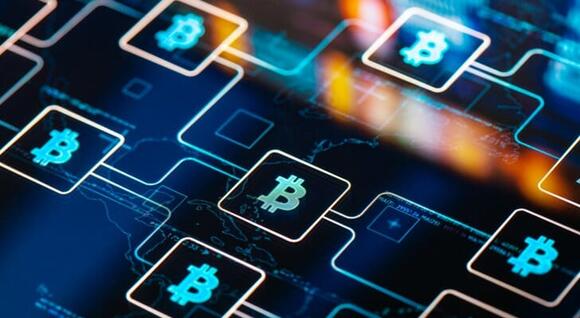 Diversifying a portfolio can help mitigate risk and potential loss. Most investors incorporate this tactic into their investment strategy in some way; many argue Bitcoin and gold can help. Bitcoin is considered a non-correlated asset, meaning it’s not directly tied to the stock market. So, a small allocation to Bitcoin in a traditional account has the potential to improve returns without a significant increase in overall volatility.

Gold can also protect your finances through diversification. It can also help you hedge against inflation or a financial crisis since it tends to move opposite of the dollar. Investors who want added security would be better suited to this option.

By comparison, Bitcoin is the riskier choice overall. It’s decentralized and unstable, which can lead to significant losses. While many investors want to be on the cutting-edge of technology, only those willing to accept the potential costs of cryptocurrency should consider adding it to their portfolio. Gold also comes with some risk, but it has a longer history, making it easier for investors to time their purchase or sale, thus protecting them.

However, any investor interested in Bitcoin should know changes come every day. One of the asset’s greatest strengths is its global reach, but limitations may grow. As an example, China recently banned Bitcoin mining . This move may set the table for further legislation and regulation in other countries as well. 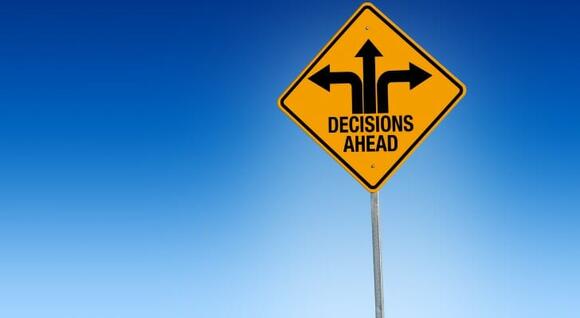 Gold and Bitcoin each have a role in the marketplace. Each one comes with its pros and cons that will appeal to certain types of investors. Bitcoin promises potentially high returns and diversification, but at the cost of security. Gold ensures more risk management when you add it to your portfolio since it’s regulated, but less promise on returns. In addition, both choices come with ethical concerns.

The post Bitcoin vs. Gold: Which Should You Buy? appeared first on SmartAsset Blog .

These high-flying digital currencies are poised to plummet.
MARKETS・16 HOURS AGO
dailyhodl.com

Real Vision chief executive and macro guru Raoul Pal is offering his insights into the direction of the metaverse and which crypto project will come out on top. The former Goldman Sachs executive says in a new interview with InvestAnswers that although he’s made huge gains by investing in The Sandbox (SAND), valued at $6.19 at time of writing, it’s hard to say what has value today will hold true down the road.
MARKETS・8 HOURS AGO
The Independent

The price of bitcoin has settled at around $57,000 on Thursday after yo-yoing between $59,000 and $53,000 throughout the week.BTC remains in limbo following last week’s flash crash, which some analysts mistook for the start of a bear market that would see its price continue to tumble in the short term. The cryptocurrency’s subsequent rebound gave bullish investors hope that new all-time highs were imminent but the market has now lost momentum in either direction.Other cryptocurrencies, including Ethereum (ETH), Cardano (ADA) and Solana (SOL) have all surged over the last 24 hours, with the latter rising by nearly 10 per...
STOCKS・14 HOURS AGO
MarketWatch

The largest cryptocurrencies were mixed during morning trading on Thursday, with Cardano (ADAUSD) seeing the biggest move, rallying 9.65% to $1.70. Polkadot (DOTUSD) led the decreases with a 0.90% drop to $36.41.
STOCKS・11 HOURS AGO

Ethereum is getting faster.
MARKETS・15 HOURS AGO
CoinTelegraph

There has been no shortage of people and institutions that woefully underestimated the potential of cryptocurrency. Among the ranks of once-were Bitcoin naysayers is Wired, which destroyed the private key to a Bitcoin (BTC) wallet holding 13.34623579 BTC back in 2013 in order to make the point the cryptocurrency was nothing more than an “abstraction.” The Bitcoin in the inaccessible address is now worth $761,000.
MARKETS・22 HOURS AGO
The Motley Fool

We all go through slumps. Unfortunately for crypto investors, so do these three cryptocurrencies.
MARKETS・8 HOURS AGO
The Motley Fool

Here's My Top Cryptocurrency to Buy in December

My top digital currency has risen by at least 35% in December in five of the last six years.
MARKETS・12 HOURS AGO

If you don't want to buy and hold Bitcoin directly, these three mining stocks could be good options instead.
STOCKS・14 HOURS AGO
The Motley Fool

Why Solana Is Up Today, Amid a Sea of Red With Major Cryptocurrencies

Do you want to buy Bitcoin? Here is a guide to help you understand how much Bitcoin is and how you can buy, store and manage your your cryptocurrency.
MARKETS・4 HOURS AGO
dailyhodl.com

A popular crypto strategist and trader is expecting Bitcoin (BTC), Ethereum (ETH) and one altcoin to shake off the recent market-wide dip and launch to epic heights. The pseudonymous crypto analyst Kaleo tells his 449,800 Twitter followers that BTC’s price action in recent months mirrors 2020, where an accumulation phase was followed by “rapid price appreciation to new all-time highs.”
MARKETS・1 DAY AGO

If you invested $2 in SHIB to begin the year, you're now a millionaire. In spite of its popularity, Shiba Inu lacks real-world utility and competitive advantages. However, this crypto trio offers a competitive edge and real-world use case. If you think the stock market's historic bounce from the coronavirus...
MARKETS・1 DAY AGO
dailyhodl.com

One under-the-radar altcoin is surging after a surprise listing by top US crypto exchange Coinbase. In a new blog post, Coinbase says that the Biconomy (BICO) token will start trading on Coinbase Pro later today once appropriate liquidity conditions are met. BICO is an Ethereum-based altcoin that powers Biconomy, a...
MARKETS・1 DAY AGO
GOBankingRates

Stablecoins are increasingly under regulatory scrutiny. Just last month, the Treasury Department issued its long-awaited report on the assets, which, when "well-designed and subject to appropriate...
MARKETS・4 HOURS AGO
MarketWatch

Most of the largest cryptocurrencies were up during morning trading on Wednesday, with Uniswap (UNIUSD) seeing the biggest move, rising 3.67% to $21.93. Seven additional currencies posted upswings Wednesday. Litecoin (LTCUSD) increased 3.57% to $216.61, and Cardano (ADAUSD) climbed 2.65% to $1.61.
STOCKS・1 DAY AGO
The Motley Fool

Globant will continue to ride high on increasing demand for digitization in the global economy. XPeng has positioned itself as one of the best-performing Chinese EV players, despite supply chain constraints and semiconductor shortages. You’re reading a free article with opinions that may differ from The Motley Fool’s Premium Investing...
STOCKS・1 DAY AGO
dailyhodl.com

A Bitcoin (BTC) whale moved more than $875.7 million worth of Bitcoin in a single transaction as BTC’s price continued to move sideways on Tuesday. The blockchain tracker Whale Alert first reported a transaction between two unknown wallets on Tuesday morning. A separate unknown wallet also received less than 0.002 BTC from the sending wallet.
MARKETS・1 DAY AGO
The Motley Fool

4 Altcoins to Watch Closely in December

From metaverse to sports tokens, there's something for everyone in this month's list.
MARKETS・1 DAY AGO
CoinTelegraph

Bitcoin (BTC) started the new month in strength and Dec. 1's run up to $59,053 suggests that bulls are beginning to shake off the fears stirred up by the Federal Reserve's taper talks and the emergence of a new strain of COVID-19. Altcoins also saw their prices lift off and...
MARKETS・1 DAY AGO