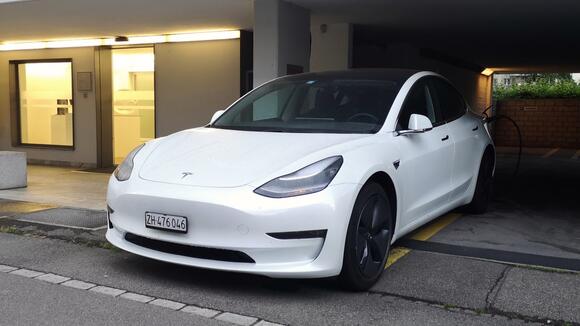 After a slow start Thursday morning, two of the three major U.S. market indexes have mostly recovered. The blue chips were down about 0.3%, with IBM sinking by almost 8.5% after reporting undistinguished quarterly results. The energy sector was down 1.7%, as crude prices had lost around 2.5% to trade around $81.30, after closing at $83.42 on Wednesday. Bitcoin traded down about 4.5% at $63,545, after posting a new all-time high near $67,000 on Wednesday.

Blank check company Digital World Acquisition Corp. ( NASDAQ: DWAC ) traded up about 150% at $24.97 following last Wednesday's announcement that former U.S. President Trump's still-to-be-formed Trump Media and Technology Group will come public in a reverse merger with Digital World, probably in the second quarter of next year. Tradable warrants (DWACW) are up about 1,250% at around $7.00. The warrants closed most recently at $0.52. We're speechless.

In real meme stock news, Camber Energy Inc. ( NYSEAMERICAN: CEI ) continued to show huge trading volume, even though the company has had no specific news and was trading down sharply at noon. The chatter on WallStreetBets in the morning included a comment that there were no shares available to sell short. A later comment reported that the short borrow fee had jumped to 130%. The day was still only half over, so anything could happen with this stock by the closing bell.

Tesla Inc. ( NASDAQ: TSLA ) was the subject of more social media discussion than almost any other single stock. While not a bona fide meme stock, it can't be ignored. As we noted in our morning look at meme stocks , in addition to better-than-expected earnings and revenue, Tesla's outlook suggests solid growth going forward.

TMC the metals company Inc. ( NASDAQ: TMC ) traded down nearly 5% in the noon hour Thursday at $3.51. The Financial Times had a story earlier this week about how at least one of the company's investors failed to cough up about $200 million at the time of the SPAC IPO. We wrote about that in September , but, let's face it, the Financial Times has more readers and more clout.

After a tumultuous 2020, the year 2021 has been more or less straight up for the market as a whole. Barring a few selloffs throughout the year, none of which reached the double-digit percentage level, the S&P 500 has had smooth sailing. ...
STOCKS・5 HOURS AGO
MarketWatch

The VIX could stay elevated into the holiday season.
STOCKS・2 HOURS AGO
MarketWatch

Sessions with one major stock index closing higher while another finishes lower have become more frequent, and that doesn't reflect a healthy market.
NEW YORK CITY, NY・6 HOURS AGO

Here's a look at what the ARK Invest exchange-traded funds sold on December 1, 2021.
STOCKS・16 HOURS AGO
The Motley Fool

A public offering is weighing on the biotech's shares today.
STOCKS・23 HOURS AGO
Axios

SEC chair Gary Gensler is looking at the controversial practice of payment for order flow, or PFOF, to determine whether it should be banned. Fresh data from retail brokerage Public, shared first with Axios, adds weight to the case that it should be stopped. Why it matters: PFOF, a formerly...
MARKETS・6 HOURS AGO
GOBankingRates

Top 10 Most Expensive Stocks: What Is the Highest Priced Stock Right Now?

Berkshire Hathaway is far from the only stock that has risen to a high share price. Learn about the 10 most expensive stocks as measured by the price per share.
STOCKS・15 HOURS AGO

Tesla’s stock is still cheap, says manager of new ETF who made Musk’s EV company its No. 1 holding

Gary Black of the Future Fund Active ETF expects Tesla to maintain its market share, which could mean a surge in profits and share price.
STOCKS・23 HOURS AGO
24/7 Wall St.

Which tech stalwart is the better income-generating investment?
STOCKS・4 HOURS AGO
The Motley Fool

Is Salesforce Stock a Buy?

The CRM leader is still a solid growth stock.
STOCKS・4 HOURS AGO
The Motley Fool

2021 is shaping up to be a very profitable year for GM.
STOCKS・2 HOURS AGO
The Motley Fool

Brookfield Renewable offers an attractive dividend plus tremendous growth prospects. Devon Energy has the highest dividend yield in the S&P 500 and expects its dividend to nearly double in 2022. Innovative Industrial Properties' dividend has more than quadrupled over the past three years. You’re reading a free article with opinions...
STOCKS・1 DAY AGO
24/7 Wall St.

Meme stocks got hammered in Wednesday's sell-off. Just three of the stocks in our watch list managed to post gains for the day. Thursday looked a bit better.
STOCKS・3 HOURS AGO
24/7 Wall St.

Just like the broader markets, the meme stocks mostly traded lower on Tuesday.
STOCKS・1 DAY AGO
The Motley Fool

Investors could rotate back toward these "pandemic" plays soon.
STOCKS・3 HOURS AGO
Markets Insider

"The S&P 500 needs to rebound above 4540 to avoid a breakdown below its 50-day moving average, which would put next support near 4300," Stockton said.
STOCKS・28 MINUTES AGO
Entrepreneur

If you are looking for a fast-growing stock that is still seeing plenty of opportunities on the horizon, make sure to consider Forrester Research (FORR).
STOCKS・2 HOURS AGO
Benzinga

Without a doubt, market participants can agree on the fact that 2021 was the year of the meme stock. What Happened: According to a report from Bloomberg, traders added more than $150 billion to the market cap of stocks like GameStop Corp. (NYSE:GME), AMC Entertainment Holdings Inc (NYSE:AMC) and 48 other stocks that “can be used as a proxy” for the meme stock craze.
STOCKS・1 HOUR AGO