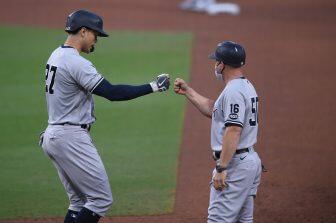 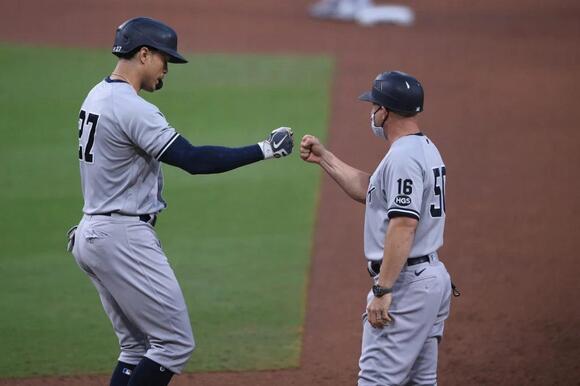 New York Yankees first base coach and outfield instructor Reggie Willits will leave the team at the end of the year to join the University of Oklahoma as a volunteer assistant baseball coach.

He is the most recent departure from manager Aaron Boone’s coaching staff. Last week, multiple reports emerged that the Yankees would not renew the contracts of hitting coach Marcus Thames and third base coach Phil Nevin and that assistant hitting coach P.J. Pilittere also wouldn’t return.

Willits, 40, spent seven years in the Yankees organization, including the past four (2018-21) as the Yankees’ first base coach and outfield instructor. He was the club’s minor league outfield and baserunning coordinator the prior three seasons. 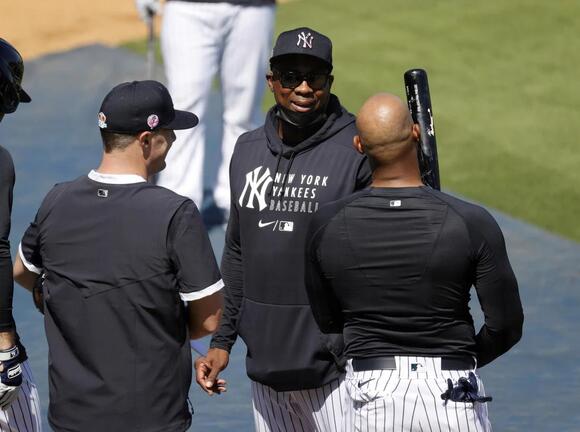 He will depart when his contract expires in December.

“It’s been a challenging personal decision to make. I’m leaving a team and organization I’ve loved being a part of, but I’m returning home to be closer to my family and to work for a program I have deep ties to and great respect for,” he said.

A native of Oklahoma, he was head coach at Binger-Oney High School in Oklahoma from 2013-14 and won two state championships. He played two seasons at Oklahoma.

That’s how some teams approach MLB free agency, including the New York Yankees, who are just two years removed from handing ace Gerrit Cole a record-setting nine-year, $324 million contract. Expect general manager Brian Cashman to do some more spending this winter, according to SNY MLB insider John Harper, who...
MLB・19 DAYS AGO
NJ.com

A familiar name is back on the market. The Orange County Register reports the Los Angeles Dodgers designated outfielder Billy McKinney for assignment last week. MLB clubs faced a Friday deadline to set their 40-man rosters ahead of next month’s Rule 5 Draft. If McKinney passes through waivers, he could...
MLB・5 DAYS AGO
93.7 The Fan

According to multiple reports, the Pirates have picked up a former New York Yankees outfielder off waivers. Fan Pirates insider Jason Mackey of the Post-Gazette says that the Pirates claimed Greg Allen.
MLB・22 DAYS AGO
Empire Sports Media

The New York Yankee family was saddened to learn of the passing of ex-Yankee manager Bill Virdon. Virdon was manager of the Yankees during 1974 and 1975 before being replaced in 1975 my the new manager Billy Martin. In 1974 he won 89 games for the Yankees. However, Virdon’s claim...
MLB・2 DAYS AGO

Brett Gardner will be back with New York Yankees in 2022

Everything has been silent as it pertains to Brett Gardner. Since his option was declined, there has not been any news about the New York Yankees‘ long time outfielder as he has just faded away. It is to be expected given some of the free agents out there, but there had not been even a murmur regarding his plans for next year.
NFL・7 DAYS AGO
Empire Sports Media

The New York Yankees made several roster moves on Friday, some surprising, some not. After a few years of up and down promise the Yankees designated Clint Frazier for assignment. Also hitting the assignment block was Rougned Odor, and surprisingly utility player Tyler Wade. All of these moves were made necessary to protect players from next month’s Rule 5 draft.
MLB・7 DAYS AGO
Yardbarker

New York Yankees GM Brian Cashman said that the team would focus on upgrading shortstop along with examining first base, centerfield, and pitching this offseason. It’s clear that the Yanks intend to be very active this offseason. This week is supposed to be an action-packed week for the front office....
MLB・11 DAYS AGO
FanSided

The New York Yankees are going to have some financial fun this offseason, but the party shouldn’t just be relegated to the upper echelon of free agents. Justin Verlander? Sure, have at him, if you want. He shouldn’t prevent Brian Cashman from adding depth or filling out the rotation, in a just world.
MLB・9 DAYS AGO

The New York Yankees were unceremoniously dumped in the American League Wild Card round by the Boston Red Sox. It was an ignominious end to a disappointing 2021 season that began with World Series aspirations. Now the Yankees face an incredibly important offseason for the franchise. The Yankees need to...
NFL・10 DAYS AGO
Empire Sports Media

New York Yankees on the 2022 Baseball Hall of Fame Ballot

The National Baseball Hall of Fame and Museum in Cooperstown, N.Y., has unveiled its 2022 ballot. The 2022 BBWAA Hall of Fame ballot features 30 former players, including 13 new candidates and 17 returnees. Seven on the ballot are former New York Yankee Players, most notable are Alex Rodriguez, Mark Teixeira, and Andy Pettitte.
MLB・4 DAYS AGO
Sportsnaut

The World Series champion Atlanta Braves could find themselves in a bidding war with the New York Yankees for free agent slugger Freddie Freeman, who carried the franchise to its first championship since 1995. The Yankees reportedly met with Freeman's representation this week. New York also inquired about the services...
MLB・11 DAYS AGO

For the 2022 season, the New York Yankees still have questions in center field. The biggest one is if Aaron Hicks can stay healthy this season. Hicks missed most of the 2021 season due to wrist surgery. For the Yankees, Hicks has been an on and off again player, but received a contract extension much to the surprise of many Yankee fans.
MLB・19 HOURS AGO
Empire Sports Media

The New York Yankees traded with the Chicago Cubs for Anthony Rizzo just before the trade deadline; after he spent 10 years with the Cubs. He immediately made an impact hitting over .400 and getting two home runs in his first series with the Yankees against the Miami Marlins. Yankee fans were both amazed and thought they had another big time star player, but that performance soon deteriorated for the remainder of the season except for a few shining moments.
MLB・7 DAYS AGO
104.5 The Team

3 moves for the New York Yankees this offseason

The New York Yankees have a certain standard to uphold. Reaching the postseason is not enough – they are expected to reach the World Series. While George Steinbrenner is not there any longer, and his constant demands to win are not being vocalized, the expectations are still the same amongst the fanbase.
MLB・13 DAYS AGO

Aaron Judge has no desire to leave New York Yankees

Aaron Judge finds himself in a bit of an uncertain place. The New York Yankees‘ outfielder is set to enter free agency at the end of the upcoming season, and to this point, there have not been discussions about a possible extension. As the Yankees typically do not extend their players before free agency, that lack of talks is not a reflection of what he means to the franchise.
MLB・13 DAYS AGO
Empire Sports Media

The New York Yankees could lose three fixtures with questionable futures this coming week. With the MLB/MLBPA Collective Bargaining Agreement expiring Wednesday, they agreed to move up the day that players can be non-tendered, to the day before the CBA expires. Non-tendered players are not given offers to stay with their respective teams.
MLB・20 HOURS AGO
Empire Sports Media

Right-handed pitcher Justin Verlander, whose name was on the New York Yankees’ radar as they tried to improve the starting rotation with a high-ceiling addition, decided to take his talents elsewhere, away from the Bronx. Several outlets reported on Wednesday night that the veteran righty, a multiple time Cy Young...
MLB・9 DAYS AGO
Empire Sports Media

New York Yankees: Pay by how you perform, how radical is that?

For the New York Yankees and the other 29 MLB teams, even though it’s early in the offseason non the less they are scurrying about checking on who is available to fill the spots on their teams that need to be filled. They also have to figure out how many will be done by cash and how many by trades they can come up with. But Just a few weeks from now a major hurdle in the offseason must be leaped over, that’s the GMA that caused the players to go on strike in 1994.
MLB・14 DAYS AGO