This Is the Most Profitable City to Flip a House 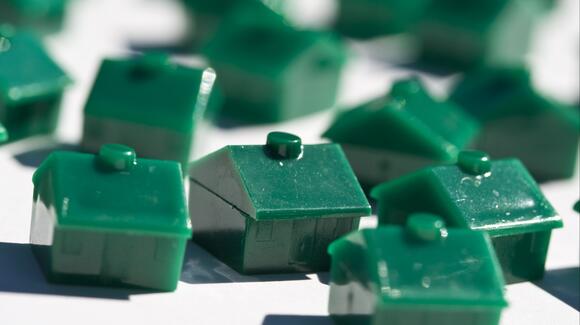 According to Realtor.com, 59,000 homes were flipped in the United States from April to June. Flipping a house is defined as buying one with the intention of selling it at a profit, usually after repairs. One challenge is that the profit is at risk between the buying and the selling. However, that risk almost certainly has fallen some because of the huge real estate boom in America.

Home values have skyrocketed in some cities by percentages well into the double digits. One reason for that is exceptionally low interest rates. Another is that people have moved from expensive coastal cities like New York and San Francisco to inland cities with more reasonable real estate prices and what is often considered a better quality of life. These relocations have been made easier because millions of people can now work from home.

Realtor.com has issued a research paper titled " With Profits Flopping, These Are the Best (and Worst) Places for Home Flippers ."

However, the home-flipping business may not be as profitable as it seems at first, at least in some places. Charles Tassell, a real estate investor and chief operating officer of the National Real Estate Investors Association, commented, "There is opportunity, but you’ve really got to be smart in where you purchase and know that market. Finding the right spot is the hard part right now."

Real estate prices have always been tied to location. Flipping is no exception.

Two things stand out in the report. One is that some very rapidly growing cities tend to produce the best profits for flipping. Another is that more and more flippers want "turnkey" houses that do not require large sums to repair. Homes that do not need any improvement tend not to bring the profit margins like those that do.

The most profitable city for flipping homes is Columbia, South Carolina. The median list price in September was $275,000. The median profit on flipped homes is $61,667, a remarkable 22% of the home price.
ALSO READ: Major Cities With the Most Affordable Housing

It's a Gut Punch to American Home Buyers and Home Builders, says NAHB. The National Association of Home Builders chairman Chuck Fowke issued the following statement after the U.S. Commerce moved forward last week with an administrative review to double the tariffs on Canadian lumber shipments into the U.S. from 9 percent to 17.9 percent:
BUSINESS・19 HOURS AGO
arizonafoothillsmagazine.com

These are the 5 Most Expensive Cities in the Valley

It’s no secret that the Arizona real estate market is hot, hot, hot. Looking at the recent cost per square footage is one way to determine which cities are either the least or most affordable to live in. The Cromford Report, which documents the Greater Phoenix residential resale market, discovered...
SCOTTSDALE, AZ・21 HOURS AGO
WWEEK

Last week, WW reported on the effects of Zillow, a publicly traded online realty company, attempting to flip Portland houses using an algorithm (“Zombielandia,” Nov. 24, 2021). The result: Dozens of homes sit vacant across Portland. Residents of one block in the Piedmont neighborhood say a Zillow-owned home was occupied by squatters. Here’s what our readers had to say.
PORTLAND, OR・2 HOURS AGO
24/7 Wall St.

A recent analysis reveals that Pittsburgh has had the largest decline in residential lending activity.
REAL ESTATE・17 HOURS AGO

In the third quarter of 2021, price growth began to normalize after months of record highs and inventory rose slightly across the nation, but first-time buyers still struggled in a competitive seller’s market, according to NerdWallet. Average quarterly home prices were listed at 5.3 times the median first-time home buyer income, and many inaugural buyers were also priced out of the housing market by older competitors backed by existing equity.
REAL ESTATE・10 HOURS AGO
The Motley Fool

A rising tide lifted most boats, but not equally. Industrial and multifamily are riding high.
RETAIL・19 HOURS AGO
The Motley Fool

Will Industrial Real Estate Stay On Top in 2022?

Industrial REITs outperformed all other REIT sectors by over double in 2021 -- will this trend continue in 2022?
REAL ESTATE・14 HOURS AGO
The Motley Fool

Don't find yourself wishing you'd held onto your home.
REAL ESTATE・1 DAY AGO

To Mint or Not to Mint: Data Shows These NFT Trades Are the Most Profitable

NFT investors fare best when they’re either really early or really patient, according to a new Chainalysis report. Over the last year, investors have piled into NFTs—unique digital tokens that can be used to represent ownership over just about anything on the internet, including art, music, or video game items and collectibles. So far in 2021, users have sent $27 billion to ERC-721 and ERC-1155 contracts, the two most popular Ethereum contracts used on NFT marketplaces, according to Chainalysis.
STOCKS・1 DAY AGO
GOBankingRates

To say the 2021 real estate market was competitive might be the understatement of the year -- at least in many areas. White hot buyer demand from 2020 carried over into the new year, creating...
REAL ESTATE・2 DAYS AGO
mansionglobal.com

Is a Secret Sale the Best Way to Sell Your House?

There are many ways to sell a home. Most owners follow the traditional route and list their home using the local multiple listing service to market it publicly. But some people are choosing to do private, or off-market, transactions. Private transactions arise in several different scenarios. In tight markets, where...
MLS・3 DAYS AGO
Seattle Times

Zillow selling off homes as it shutters house-flipping business

About a month after announcing it would shutter its failed home-flipping business, Zillow says it has sold or is in the process of selling about half the homes it planned to offload. The Seattle-based real estate company announced early last month it planned to close down Zillow Offers, its attempt...
SEATTLE, WA・4 DAYS AGO
geekwire.com

Zillow Group says it is making good progress unloading homes it owns, announcing today that it has sold or is under contract to sell more than 50% of the homes that it planned to sell as part of its decision to shut down its Zillow Offers business unit. The Seattle-based real estate company also announced that the board authorized the purchase of up to $750 million worth of Zillow stock.
SEATTLE, WA・4 DAYS AGO
The Motley Fool

How Much Risk Is Too Much in House Flipping?

No matter what kind of real estate you're investing in, there's going to be some sort of risk involved. But what about house flipping? How much risk is too much?
REAL ESTATE・5 DAYS AGO
nationalmortgageprofessional.com

Report: Housing Undervalued In Most Markets

First American's chief economist says that, despite September's lowest affordability level since 2008, housing remains undervalued in most markets. Real house prices increased 17.5% between September 2020 and September 2021. Consumer house-buying power, how much one can buy based on changes in income and interest rates, decreased 0.2% between August...
REAL ESTATE・6 DAYS AGO
Fortune

Subscribe to Fortune Daily to get essential business stories straight to your inbox each morning. A perfect storm. That's the best way to describe the red-hot housing market we've seen from coast-to-coast during the pandemic. It was spurred by a combination of recession-induced low mortgage rates, remote work allowing buyers to sprawl further away from their workplace, and a demographic wave of first-time millennial homebuyers entering into the market. Of course, years of under-building means there simply aren't enough homes available to meet this demand. Cue record price growth.
BUSINESS・7 DAYS AGO
Times and Democrat

The cities with the most overleveraged homeowners

A combination of strong demand, low inventory of existing homes, and constraints on new construction due to labor and supply shortages have sent prices sharply upward.
REAL ESTATE・7 DAYS AGO
24/7 Wall St.

This Is America’s Most Stressful City To Buy A House

The U.S. housing market is on fire, driven by a rising stock market, low mortgage rates, and a new ability of millions of American’s to relocate. According to the carefully followed S&P Corelogic Case-Shiller Index, home prices nationwide rose 19.8% in August, compared to the same month last year. Among the 20 cities tracked by […]
REAL ESTATE・10 DAYS AGO