NFL Hall of Famer says this team should go get Watson 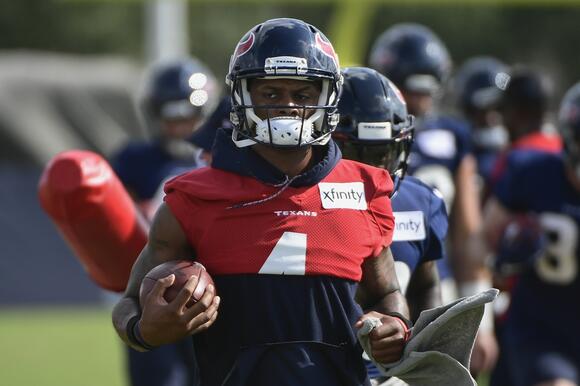 On the NFL Network’s Good Morning Football show, the cast discussed whether they are in or out on the statement, “The Dolphins are the most disappointing team in the NFL in 2021.

The Dolphins, who have lost five straight games and have a 1-5 record on the season, have long been viewed as the frontrunner for a potential trade for former Clemson and current Houston Texans quarterback Deshaun Watson.

Pro Football Hall of Famer and former Minnesota Vikings receiver Cris Carter said he agrees with the statement about the Dolphins being the NFL’s most disappointing team so far, then said the Dolphins should use their draft capital to go get Watson via trade as a replacement for second-year quarterback Tua Tagovailoa.

“We’re not sure about the quarterback, but the rest of the roster, it’s fairly sound,” Carter said.

“I like Tua,” Carter added. “He’s a nice guy. But, he can’t be my quarterback moving forward. I gotta be able to make the trade. I got the picks, and I’m going to get me a guy. You know the reason why? Because I can’t replace that whole offensive line. But if I trade for Deshaun Watson, I can have a bad offensive line, and he can get around it. How do I know that? Because that’s what he’s done in Houston throughout his career. … I just believe that they should make the trade before the trade deadline (Tuesday, Nov. 2).” 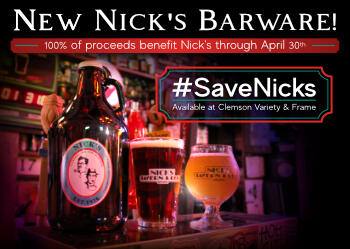 After a standout start in his return to the Carolina Panthers, quarterback Cam Newton had his fair share of struggles in his team’s Week 12 road loss to the Miami Dolphins. The Panthers offense once again faced stout difficulties in stringing together multiple touchdown drives over a game. Newton led the offense to a mere one touchdown drive, while the Panthers averaged a lowly 3.7 yards per play against the Dolphins. This led to Panthers head coach Matt Rhule opting to bench Newton over the second half in favor of backup quarter P.J. Walker.
NFL・8 DAYS AGO
Sports Illustrated

NFL Thanksgiving: What Every Team Should Be Thankful For

From the Colts' Jonathan Taylor to the Rams' Cooper Kupp, here's one reason why each NFL team should give thanks.
NFL・12 DAYS AGO
theScore

NFL Power Rankings - Week 12: What each team should be thankful for

The NFL Power Rankings are selected by a panel of theScore's football editors. In the spirit of Thanksgiving, we're taking a look at what each team should be thankful for. 1. Arizona Cardinals (9-2) Thankful for a week off: The bye couldn't have come at a better time for Kyler...
NFL・12 DAYS AGO
Sportsnaut

Check-in here throughout the year for the NFL games today full weekly schedule. Including links to Sportsnaut’s season forecasts for
NFL・22 HOURS AGO

Can the Tampa Bay Buccaneers win back-to-back Super Bowls? Find out how the 2021 schedule sets up nicely for Tom Brady and Co. to make another title run.
NFL・8 DAYS AGO
Sportsnaut

The Detroit QB details how the last 11 months has impacted his outlook on the game. Plus, another tough injury in Baltimore, Tua and the Dolphins are on the rise and more.
NFL・2 HOURS AGO
Sportsnaut

Las Vegas Raiders schedule: Must win for Derek Carr and Co. against the Chiefs

The first 17-game season in NFL history is well underway. And while there are still plenty of games ahead to
NFL・8 HOURS AGO
featureweekly.com

The Dallas Cowboys will be missing wide receiver Amari Cooper for at least two of their three games in a 12-day span, beginning Sunday against the Kansas City Chiefs. Cooper was placed on the reserve/COVID-19 list on Friday. Cooper tested positive for COVID-19 and is unvaccinated, according to ESPN, which...
NFL・16 DAYS AGO
The Spun

Aaron Rodgers’ estranged father has weighed in on the situation involving the Green Bay Packers star quarterback. The Packers quarterback made his return to the field on Sunday, after missing a game due to a positive COVID-19 test. Rodgers, who previously told the media that he had been “immunized,” was actually not vaccinated.
NFL・21 DAYS AGO
The Spun

Cowboys Announce Who Will Take Over As Head Coach

Mike McCarthy will not be on the sidelines for the Dallas Cowboys when they take on the New Orleans Saints this Thursday. But somebody has to step in and run the team in his absence. Speaking to the media on Monday, McCarthy announced that defensive coordinator Dan Quinn will serve...
NFL・7 DAYS AGO
49erswebzone

1.3k shares Share this on Twitter Share this on Facebook Flip into Flipboard Share this on Reddit Share via Email. The Week 13 battle between the San Francisco 49ers and Seattle Seahawks had a scary start. Running back Trenton Cannon went down after a vicious hit while returning the opening kickoff. Injuries during football aren't uncommon. However, seeing a player taken off the field via an ambulance is very concerning.
NFL・23 HOURS AGO
The Spun

Legendary NFL running back Adrian Peterson reportedly could have retired and rode off into the sunset – and onto a notable TV show – at the start of the 2021 season. NFL.com reports that Peterson, who recently signed with the Tennessee Titans, had an offer to appear on a notable TV show.
NFL・29 DAYS AGO
The Spun

NFL World Reacts To What Michael Strahan Said This Morning

Many in the NFL world have criticized Aaron Rodgers for what’s transpired this week. Green Bay’s star quarterback is out of this week’s game due to a positive COVID-19 test. Rodgers, who told reporters earlier this year that he had been “immunized,” has since admitted that he is actually unvaccinated.
NFL・29 DAYS AGO
9NEWS

INGLEWOOD, Calif. — After Von Miller left his Russian sable hat and the tears behind in Denver following his trade from the Broncos to the Los Angeles Rams, he cracked, "I went to bed 4-4 and woke up 7-1." Talk about a Hollywood ending for the Super Bowl 50 MVP.
NFL・6 DAYS AGO
The Spun

The Seattle Seahawks waived quarterback Jake Luton from their practice squad on Monday, making room for tight end Tyler Mabry. Luton had been with the Seahawks since early September. He was briefly promoted to the active roster last month as a backup to Geno Smith when Russell Wilson missed time with an injury.
NFL・21 DAYS AGO
Bleacher Report

Minnesota Vikings head coach Mike Zimmer told reporters one of the team's players went to the emergency room Tuesday night because of symptoms from COVID-19. Zimmer explained the player, who is vaccinated, remains hospitalized but is in stable condition. He also said 29 members of the organization are now in...
NFL・26 DAYS AGO
The Spun

A Dallas Cowboys player’s wife took to Twitter on Tuesday afternoon to announce her husband’s injury diagnosis. Kate Urban, the wife of Cowboys defensive lineman Brent Urban, announced on Tuesday that Brent is out for the season. The Cowboys defensive player underwent season-ending tricep surgery. He’ll continue to be involved...
NFL・6 DAYS AGO