Tesla took a $51 million hit on its bitcoin investment in Q3 despite the token soaring 30%. Here's why. 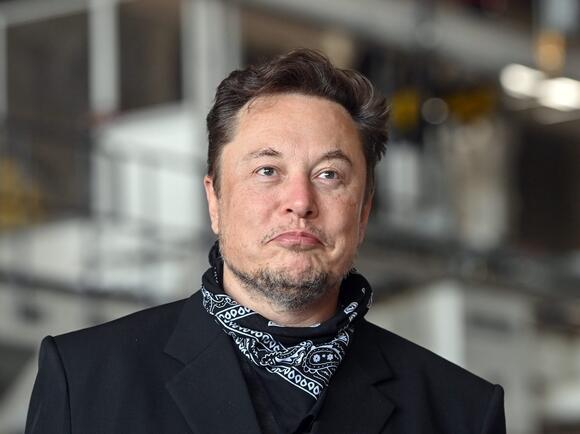 But Elon Musk's electric car company took a $51 million hit on its bitcoin investment - despite the token jumping around 30% in the third quarter.

The answer to the riddle lies in the weird way Tesla has to account for the more than $1 billion of bitcoin on its books.

It's "very asymmetric," according to Philippe Houchois, equity analyst at Jefferies.

Houchois said Tesla has to value its bitcoin at the lowest point to which it falls over the quarter. That means it officially has to recognize a loss if it drops below the purchase price.

Under the quirky accounting rules, Tesla can't ever revise the value of its bitcoin upwards. It only gets to recognize any gains if it sells the tokens.

According to the accountants, Tesla's digital asset holding fell $51 million to $1.26 billion in the July to September period. That was down from $1.31 billion in the final quarter.

And Houchois said the peculiar rules mean Tesla won't get to boast about its investment in the fourth quarter either, unless it sells some.

Read more: As ProShares launches the first bitcoin futures ETF in the US, its global investment strategist told us why futures can be a powerful way to get crypto exposure

Bitcoin hit a new all-time high on Wednesday of above $67,000. But Tesla is likely to face another "impairment charge" because it fell as low as $40,000 in September.

Houchois said the rules are strange, but reflect the fact that accountants think bitcoin is an "intangible asset." They reckon it's hard to properly value and may not be very liquid - despite billions of dollars worth changing hands each day.

However, Tesla's investment has been an excellent one when considering the actual gain bitcoin has notched up from January to today.

Tesla bought $1.5 billion of bitcoin in January for somewhere around the $35,000 mark, before selling 10% later in the first quarter.

Bitcoin was trading at around $66,000 on Thursday, meaning the value of Tesla's purchase has likely risen around 90% in just under a year, on paper at least.

Shiba Inu made investors millionaires in 2021 from mere pocket change. However, major hurdles are likely to prevent additional upside in the world's hottest cryptocurrency. With just four weeks left before we say goodbye to 2021, it looks like we'll witness another year where cryptocurrencies handily outperform the stock market.
STOCKS・4 HOURS AGO
The Motley Fool

Investors could rotate back toward these "pandemic" plays soon.
STOCKS・23 HOURS AGO
Business Insider

US stocks edge higher as investors struggle against Omicron volatility

Adding to Thursday's volatility was a report that Apple may be experiencing a drop in demand for its iPhones this holiday season.
STOCKS・23 HOURS AGO

Moderna stock fell 11% on Wednesday after the vaccine maker lost a patent fight against Arbutus Biopharma. Arbutus jumped 103% following the ruling as it could lead to royalty payments from Moderna. Moderna's COVID-19 vaccine is expected to generate about $20 billion in revenue this year and next. Moderna stock...
MEDICAL & BIOTECH・1 DAY AGO
MarketWatch

Elon Musk and Jeff Bezos have sold just shy of $20 billion of their companies' shares between them so far this year, as stock sales by CEOs and insiders soar to a record high. Musk has now offloaded $9.9 billion worth of stock in electric-vehicle maker Tesla, after selling a $1.05 billion chunk at the end of November.
STOCKS・21 HOURS AGO
TechCrunch

Tesla is now selling a $1,900 electric Cyberquad ATV for kids

The Tesla “Cyberquad for Kids” is available to purchase on Tesla’s site for $1,900 — a steep price relative to your average Power Wheels, but the lowest-priced vehicle in Tesla’s existing lineup by far. And the Cyberquad’s materials are a cut above your average battery electric kid car, with a “full steel frame,” along with cushioned seating and fully adjustable suspension.
CARS・1 DAY AGO

The S&P 500 is down almost 5% since the new Omicron coronavirus variant was identified. But investors should buy the dip because Omicron might hasten the pandemic's end, according to JPMorgan. "Omicron could be a catalyst for rotation from growth to value, selloff in COVID and lockdown beneficiaries and rally...
STOCKS・23 HOURS AGO
24/7 Wall St.

Here's a look at what the ARK Invest exchange-traded funds bought on December 2, 2021.
STOCKS・13 HOURS AGO
MarketWatch

Tesla CEO Elon Musk has sold another 934,091 shares of the electric-vehicle maker worth $1.01 billion to meet his tax obligations related to the exercise of options to buy 2.1 million shares, regulatory filings showed Thursday. In early November, the world's richest person tweeted that he would sell 10% of...
STOCKS・5 HOURS AGO

The S&P 500's 4% decline over the past week has created extreme oversold levels, according to technical analyst Katie Stockton. Volatility surged as much as 72% as fears of the new Omicron variant spread across markets. These are the key support and resistance levels investors should monitor to gauge what...
STOCKS・19 HOURS AGO
Business Insider

Tesla CEO Elon Musk just introduced the company's latest product — a $50 whistle inspired by the Cybertruck. It's already sold out.

The limited-edition Cyberwhistle is a "premium collectible" made from medical-grade stainless steel, Tesla said on its website.
BUSINESS・2 DAYS AGO
The Motley Fool

Why Kroger's Stock Is Ringing the Register Today

The supermarket giant is still benefiting from the pandemic-fueled consumer shift to cooking at home.
STOCKS・21 HOURS AGO
The Motley Fool

Why C3.ai Stock Got Clobbered on Thursday

While the results looked good on the surface, there was trouble under the hood.
STOCKS・15 HOURS AGO
Markets Insider

Cathie Wood has long been bullish on Tesla even during the its early days. But her aggressive stance does not spillover to other electric vehicle makers such as Lucid and Rivian. The Ark Invest founder told CNBC she will buy into the two firms if they produce autonomous vehicles. Sign...
ECONOMY・19 HOURS AGO
Markets Insider

Shares of cryptocurrency mining company Hut 8 Mining (NASDAQ:HUT) fell on Thursday after the company gave its monthly update on operations. The company reported numbers for November, but it appears some confusion on October's results caused today's sell-off. As of 3 p.m. ET, Hut 8 stock was down 12.5%. So...
STOCKS・16 HOURS AGO
The Motley Fool

2021 is shaping up to be a very profitable year for GM.
STOCKS・22 HOURS AGO