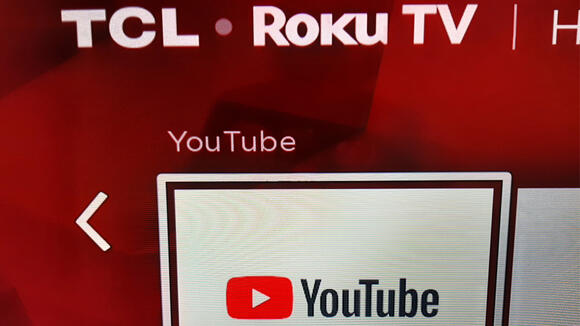 Roku says its impasse with Google over carriage of its YouTube and YouTube TV apps has remained despite six months of efforts to resolve it.

The distribution deal for YouTube’s main app is set to expire on December 9. YouTube TV, the pay-TV service with more than 3 million customers, already reached the end of the line last spring. Roku removed it from its channel store, meaning no new customers have been able to sign up, but existing ones have still been able to access their subscriptions. If the December deadline arrives without a deal, new Roku smart-TVs and connected devices will not have YouTube, but existing ones will still feature the apps.

In a blog post published today, Roku continued to insist that the fight is not about money. The streaming company described a “disturbing trend that threatens the vibrant and competitive streaming ecosystem,” saying Google has manipulated search results on Roku’s platform in order to favor its own.

“While we are working to resolve our differences, we want to be transparent about these negotiations,” the blog post said. “As we shared in April, the threat remains that Google may remove YouTube TV from the Roku platform.”

In a response, YouTube asserted that it has “continued to work” with Roku to reach a resolution. “Roku has once again chosen to make unproductive and baseless claims rather than try to work constructively with us,” the company said.

The dispute burst into public view last spring, though its origins date back to 2019. Roku called Google an “unchecked monopolist,” while the latter said it had engaged in “good-faith” talks to try to reach an agreement.

As was the case in the spring, Roku reiterated its stance in the blog post that the fight is not about money, but rather about control of data and the search function. “For Roku, this is about maintaining our independence, protecting our customers, and ensuring healthy competition in the streaming industry that benefits millions of consumers,” the blog post said

Roku has cited its DNA as an independent company, smaller than tech giants like Google, as an issue in the dispute. The company has no full-time lobbyists in Washington on its payroll, but it puts the YouTube snag in the context of the larger conversation about tech dominance in the modern marketplace. Even before President Joe Biden was sworn in last January, there has been momentum building toward a regulatory crackdown on companies such as Google.

“Rather than embracing a mutually beneficial partnership approach, some Big Tech enterprises are using their market power to extend control over independent businesses, like Roku, to benefit their broader business objectives at the expense of the consumer, putting a fair and open competitive streaming marketplace at risk,” the Roku post asserted.

Google own YouTube? Trusting Google is not wise. They are way liberal and we know how honest they are.

That's too bad, I'm in the market for a new TV this week...Making my decision easier: Roku is off the list. #CarryOn

Netflix had a good week at the virtual box office from November 1 to 7, taking the overall streaming crown with marquee feature film The Harder They Fall. Nielsen said the film racked up almost 1.2 billion minutes of streaming views. That was well ahead of any other series or film, as two-time champ You faded to the No. 2 spot at 994 million minutes of viewing and other shows also lost steam. Two other original films performed well for Netflix. Army of Thieves, a prequel to Zack Snyder’s zombie action outing Army of the Dead, collected 456 million viewing minutes. Love...
MOVIES・1 HOUR AGO
Deadline

EXCLUSIVE: Premiere Digital, an established media services and software firm, is ramping up its distribution efforts as the film marketplace continues its pandemic evolution. The company has slated documentary The Wall: Climb for Gold as a global PVOD release in January, with more than 50 film and TV titles now in the pipeline. Steve Rosenberg, Premiere’s chief commercial officer, and Michele Edelman, head of growth, are overseeing the new push. The idea to expand as a distributor, the execs told Deadline, came from outreach from clients using Premiere for a range of other services but trying to navigate a complex marketplace. While...
BUSINESS・1 DAY AGO
Deadline

Amazon has hired Kelly Day to head up its international streaming business. Day joins from ViacomCBS, where she had been leading the company’s international streaming services including Paramount+ for the last year. At Amazon, she will take on the newly-created role of VP, Prime Video International and will oversee streaming activity outside of the U.S. from her base in Washington D.C. She will report into Mike Hopkins, SVP Prime Video and Amazon Studios, and will take up the role in January. Under her remit, Day will coordinate with regional leaders and country directors to curate local content strategies, covering all of Prime’s business and video offerings in international territories, across SVOD, TVOD and Channels, according to a note sent by Hopkins to Prime Video staff today. Day’s departure from ViacomCBS comes just eight months after the roll-out of Paramount+. During her tenure at Viacom she also managed the expansion of Pluto TV, following its launches in Latin America, France, Spain and Italy. She first joined the company as president of its Digital Studios in November 2017, having previously been at Awesomeness, Blip Networks, Discovery and AOL.
BUSINESS・2 DAYS AGO
Digital Trends

Looking to make a significant upgrade to your home theater setup but missed all of the best Cyber Monday deals that just happened? Don’t worry, because one of the best Cyber Monday TV deals is still around right now at Walmart. You can pick up this stunning 58-inch Hisense 4K TV for just $338, which is a massive $88 off the original price of $426. If this seems like the perfect TV for you, shop right now. Cyber Monday ended earlier this week, but if this deal is still around, there’s a chance that someone made a mistake by leaving it up. There’s no telling when this deal will end, so don’t miss out on this chance to get this discount!
ELECTRONICS・14 HOURS AGO
Ars Technica

If you're a Google Chrome user setting up a new Windows PC, the most important feature of Microsoft Edge is the ability to download Chrome. Microsoft is apparently aware of this behavior and is doing something about it: Neowin has spotted new Edge pop-ups that specifically try to dissuade users from downloading and installing Chrome, a change that I promise I didn't know about when I wrote about Microsoft's annoying promotion of Microsoft Edge literally yesterday.
SOFTWARE・6 HOURS AGO
The Independent

VPN deals for December: Pay less for privacy with discounts on ExpressVPN, NordVPN and more

“What’s a VPN?” we hear you ask. Well, firstly it stands for a “virtual private network” and it’s a piece of software that gives you more privacy and anonymity online by protecting your browsing activity.When you connect to the internet on your computer it creates an encrypted, virtual tunnel between your device and the VPN server, meaning your data is more protected.Initially, this type of software was developed for large corporations who needed to protect their sensitive information from being sent over public and private networks.But the personal VPN market has grown exponentially, and many people now use them not...
TECHNOLOGY・16 HOURS AGO
Phone Arena

Yes, ladies and gents, we're afraid it's that time of the year month again. The time to peruse the list of apps installed on your Android device to try to spot malicious titles that might be out to get you. As paranoid as it sounds to the untrained ear, that...
CELL PHONES・10 HOURS AGO

The best app was assigned to Balance and the best game to Pokemon Unite.
CELL PHONES・8 HOURS AGO
The Motley Fool

Meta can see the metaverse coming but may still struggle to build it.
INTERNET・13 HOURS AGO
USA TODAY

Toca Life World, LumaFusion: These are Apple's top apps for 2021

A kids game and a video editing tool are the top apps in 2021 for the iPhone and iPad available on Apple's App Store.
CELL PHONES・3 HOURS AGO
Android Authority

How to delete Gmail search history

Nuke those persistent annoying search results that keep popping up. When you make a search on Gmail, it gets added to your search history, and will also show up in autocomplete in future searches. While this is usually a useful timesaving feature, you may get annoyed having some old searches show up. The simple solution is to delete your Gmail search history, which can be done both on mobile devices and desktop.
CELL PHONES・1 DAY AGO

Google had hoped to have its workers back in the office starting Jan. 10, but that won't be happening.
MOUNTAIN VIEW, CA・57 MINUTES AGO
USA TODAY

These were Google Play's top apps of 2021: Talking Tech podcast

You can multitask even easier now that the Philo iOS app (version 2.5) supports Picture in Picture (PiP) mode. Viewers have the chance to watch shows like “Yellowstone” while also scrolling on Instagram or Twitter. All you have to do is tap the Home button on your iPhone or iPad, and your Philo stream will shrink to a thumbnail-size window in the corner of your screen.
CELL PHONES・1 DAY AGO
Pocket-lint.com

The PS5 finally gets HDR support on YouTube's app

(Pocket-lint) - You might not have noticed its absence, but the YouTube app on PlayStation 5 had been short of one feature since it launched at the console's release date last year - high dynamic range (or HDR, as most people know it). The richer colours that it lets videos...
VIDEO GAMES・1 DAY AGO

3 ways to hide photos and files on your phone

Careless (or malicious) fingers could uncover your secrets if you don't protect them well. NordWood Themes / UnsplashStay out, creeps!
CELL PHONES・1 DAY AGO
The Independent

Cyber Monday has arrived, meaning the biggest shopping event of the year is drawing to a close. But that doesn’t mean you’ve missed out.There are still countless thousands of Cyber Monday tech deals still to sift through, so we’ve separated out our expert coverage to include more TV deals and laptop deals. That way, we’ve plenty of space here in our main tech guide to focus on everything else, from games consoles and toys to phones, tablets, smart home gadgets and electrical appliances.Follow live: The best Cyber Monday deals to shop nowWe’re seeing discounts on products from top brands such...
ELECTRONICS・1 DAY AGO
The Verge

Amazon acknowledges its Appstore is breaking on Android 12

Shortly after Google rolled out the Android 12 update in October, users started noticing that they’re unable to use any of the apps in the Amazon Appstore, as reported by 9to5Google. Reports of the issue cropped up on the Amazon forum over a month ago, and there’s no timeline for a possible fix (via Liliputing).
CELL PHONES・1 DAY AGO