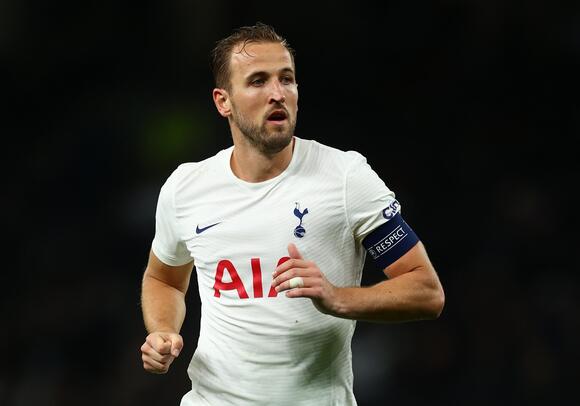 Tottenham travel to Dutch side Vitesse in the Europa Conference League group stage tonight as Nuno Espirito Santo’s side aim to win their fourth match in a row in all competitions.

Spurs secured their first win in Group G last time out as Harry Kane scored a hat-trick in the 5-1 thrashing of Slovenian side Mura at the Tottenham Hotspur stadium.

It kept them level on points with Rennes following their 2-2 draw with the French side on the opening matchday. Rennes subsequently defeated Vitesse, who sit third after also picking up three points against Mura.

Tottenham defeated Newcastle at St James’ Park on Saturday as Santo’s side moved up to fifth in the Premier League, while Vitesse sit sixth in the Eredivisie.

Here’s everything you need to know ahead of the match this evening.

When is Vitesse vs Tottenham?

The match will kick off at 5:45pm BST on Thursday 21 October.

It will be shown live on BT Sport 1, with coverage starting at 5:15pm. BT Sport subscribers can also stream the watch on the BT Sport website and mobile app.

Nuno has been boosted by several returning players and tonight’s match is a good opportunity for many to show what they can offer. With that in mind, Spurs should have too much here. Vitesse 1-3 Tottenham

Tottenham, led by French goalkeeper Hugo Lloris, faces Leeds United in an English Premier League match on Sunday, November 21, 2021 (11/21/21) at Tottenham Hotspur Stadium in London, England. Fans without cable can watch the match for free via a trial of fuboTV. Here’s what you need to know:. What:...
PREMIER LEAGUE・11 DAYS AGO
okcheartandsoul.com

Tottenham put themselves back in the race for the top four with a 2-0 win over Brentford which extends their unbeaten Premier League record under Antonio Conte. A first-half own goal by Sergi Canos and Son Heung-min’s second-half strike earned the victory which moved them into the top six, just two points behind West Ham with a game in hand, though Arsenal’s game with Manchester United had not finished.
PREMIER LEAGUE・16 HOURS AGO
The Independent

Tottenham Hotspur defender Davinson Sanchez is ready to take the opportunity handed to him by Cristian Romero’s injury.The Argentina international will not feature again in 2021 due to a hamstring injury suffered in his country’s World Cup qualifier with Brazil last month.Sanchez looks like being the man boss Antonio Conte will go to to fill in on the right-hand side of a three-man defence, having started the last two games.He played his part in keeping a clean sheet in Tottenham’s 2-0 win over Brentford on Thursday.“Cuti is first of all a great guy. I said that when he arrived but...
PREMIER LEAGUE・1 HOUR AGO

Clockwatch: Chelsea, Man City and Liverpool all won to keep the pressure on each other at the top of the table, while Everton fans are increasingly mutinous
PREMIER LEAGUE・1 DAY AGO
The Independent

When Thomas Tuchel comes in after games and scans the other results, he doesn’t automatically go to Liverpool or Manchester City. At least not yet.“There are some teams behind us who show consistency, who show quality, who show determination,” the Chelsea manager said last week. “This is what it is. You have a right to be proud of your competition here, in the Premier League, and for us it feels good because we are in the middle of that race and we want to stay here. I don’t know if it will settle down.”There is a bit of a...
PREMIER LEAGUE・2 DAYS AGO
CityXtra

Darwin Núñez (22) is a forward who has primarily been deployed centrally or on the left in his short career so far. The Uruguay international left his home country at the age of 20 to join Spanish second division side Almería, where he quickly caught the eye of scouts and was signed by Benfica just a year later.
PREMIER LEAGUE・3 DAYS AGO
The Independent

Xavi Hernandez takes charge of his first match as Barcelona head coach on Saturday night, as he leads his new side into the derby against Espanyol.The Camp Nou club have been in turmoil this year with financial worries, the departure of key players including Lionel Messi and poor on-pitch results, which culminated in Ronald Koeman being sacked before the international break.With Xavi eventually leaving Al Sadd to join the club he represented with such distinction as a player, all eyes will be on how long it takes him to turn around the club’s fortunes as they sit in mid-table in...
UEFA・12 DAYS AGO

Manchester United return to Premier League action on Saturday afternoon when they square off against Watford. Paul Pogba sustained a thigh injury during the early stages of international duty with France. While an official recovery time has not been disclosed, the midfielder will play no part on Saturday. After Varane...
PREMIER LEAGUE・13 DAYS AGO
The Independent

Is Man City vs PSG on TV tonight? Kick-off time, channel and how to watch Champions League fixture

Man City are taking on PSG in a match which could decide who wins Champions League group A.City have three wins from their four games so far, with their only defeat coming at the hands of Lionel Messi in Paris. If Leipzig beat Brugge away in the other game, City and PSG advance whatever the result in their game at Etihad Stadium. City would guarantee topping the group with a victory and will be looking to make a statement after losing in Paris in the return fixture, which marked Messi’s first goal for PSG.Follow Man City vs PSG LIVE!PSG’s build-up...
PREMIER LEAGUE・8 DAYS AGO
CBS Sports

The top two sides in Champions League Group H face off at Stamford Bridge on Tuesday in what looks to be an intriguing clash (on Paramount+) for Chelsea in particular. Do the reigning European champions play it safe and guarantee themselves the point that will see them reach the knockout stages or do they gamble for all three in the hope of knocking Juventus off the top spot?
UEFA・10 DAYS AGO
The Independent

If you are already bored of the interminable debate over whether Cristiano Ronaldo is a help or a hindrance to Manchester United, bad news, this is just the beginning. It is not going away any time soon, partly because he is not going away any time soon either. Just as Old Trafford prepares to enter the gegenpressing era and even more attention is paid to what he does off the ball, he keeps winning matches with what he does on it.That might ignore some of the particular nuances in the arguments over Ronaldo’s role in this team, on both sides...
PREMIER LEAGUE・14 HOURS AGO

Leicester City welcomes Legia Warsaw to the King Power Stadium on Thursday for a Europa League Group C contest. Both teams make up the bottom half of the group entering the fifth match week, with Warsaw (six points) in third place and the Foxes (five points) right behind them but each with a game in hand. Patson Daka still leads Leicester in goals in the competition with four, while Mahir Emreli (two goals) has the team-high for Warsaw. Fans looking for the broadcast of the match may run into trouble in the U.S., as that broadcast will be exclusive to Paramount+.
7 DAYS AGO
whathifi.com

Manchester City will have something to prove tonight when they play PSG for the second time in this season's UEFA Champions League Group Stage. The reverse fixture ended in a loss for the English team away in Paris. Pep's men will be looking to set the record straight at home as Mauricio Pochettino arrives in Manchester. Make sure you know how to watch a Manchester City vs PSG live stream today from anywhere the world.
UEFA・9 DAYS AGO
NBC Sports

Leicester vs Watford: The Foxes need a win at the King Power Stadium on Sunday (Watch live at 9 am ET, on Peacock Premium), or they’ll find themselves below the Hornets in the Premier League table. There’s no two about it, Leicester’s start to the season has been abysmal given...
PREMIER LEAGUE・6 DAYS AGO
CBS Sports

Only a handful of teams in the 2021-22 UEFA Europa League are still undefeated, and two of them will meet on Thursday. Real Sociedad (1-3-0) of Spain's La Liga will visit AS Monaco (2-2-0) of French Ligue 1. Both clubs occupy the top two spots in the Europa League Group B with only the top two advancing to the knockout phase. Real Sociedad dominated when the two played on Sept. 30, but all that mattered was the score, a 1-1 draw. You can stream the match on Paramount+ here.
UEFA・7 DAYS AGO
CBS Sports

Current Records: Southampton 3-4-5; Liverpool 7-1-4 Southampton and Liverpool are meeting up for their first leg of the season at 10 a.m. ET on Saturday at Anfield. The teams split their matchups last year, with Southampton winning the first 1-0 at home and Liverpool taking the second 2-0. It was...
PREMIER LEAGUE・6 DAYS AGO
The Independent

Palmeiras will look to retain the Copa Libertadores this evening when they take on Flamengo.With last year’s edition of the seismic South American tournament disrupted by the Covid-19 pandemic, the final was delayed until this January, when Palmeiras lifted the trophy for the first time since 1999.Fellow Brazilian club Flamengo, meanwhile, are out to regain the cup. Like Palmeiras, they are two-time winners of the competition, having triumphed in 1981 and 2019.Palmeiras booked their spot in the final by edging past Atletico Mineiro on away goals, while Flamengo saw off Barcelona SC 4-0 across two legs.Here’s everything you need...
SOCCER・6 DAYS AGO
The Independent