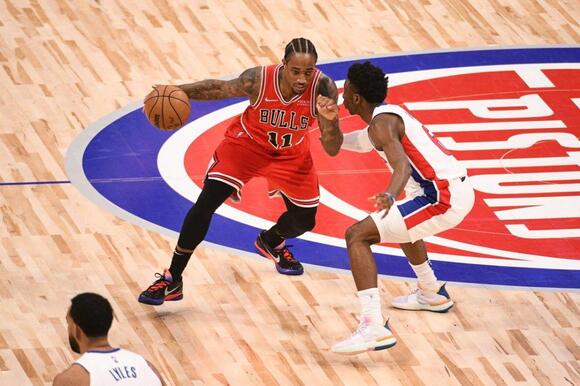 Zach LaVine had 34 points, seven rebounds and four assists and the visiting Chicago Bulls opened their season with a 94-88 victory over the Detroit Pistons on Wednesday.

Nikola Vucevic added 15 points and 15 rebounds, while Lonzo Ball chipped in 12 points and four assists in his Chicago debut. Ball was acquired in a sign-and-trade with New Orleans this summer.

Guard Cade Cunningham, the No. 1 pick of this year’s draft, did not play due to an ankle sprain.

The Pistons emerged from a poor-shooting first half with a 44-40 lead. Detroit shot 36.7 percent, while Chicago made 41.9 percent of its shots. They shot a combined 5-for-23 on 3-point attempts.

Grant was the only Detroit player in double figures with 13 points. Vucevic already reached a double-double for the Bulls with 10 points and 11 rebounds. 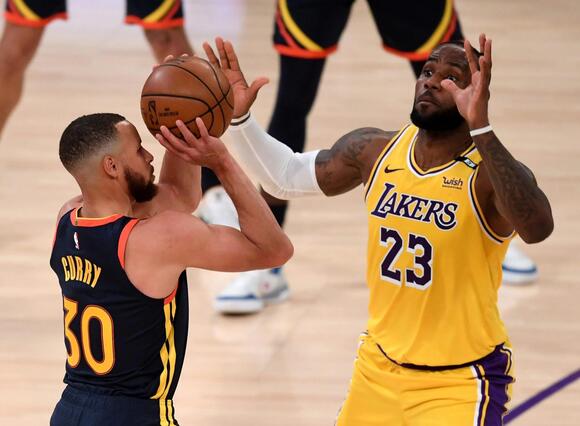 The game remained tight throughout the third quarter. The Pistons committed three turnovers in the final minute, allowing the Bulls to pull ahead 71-69 entering the fourth. Bulls reserve guard Alex Caruso had a pair of steals and an assist during that span.

DeRozan scored with three minutes left to give Chicago a four-point lead.

Grant then missed in the lane and LaVine knocked down two more free throws.

Scottie Pippen is making headlines right now thanks to his constant criticism aimed at former teammate Michael Jordan, but many fans still want to know more about Pippen's personal life and his marriage with Larsa Pippen. In the past, the couple was involved in a series of controversies that featured...
CELEBRITIES・20 DAYS AGO
fadeawayworld.net

Dennis Rodman was a key figure for two different elite teams in the 90s. He won two championships with the Detroit Pistons, where he made his name as a top-tier defender who brought it every night. That reputation eventually landed him with the Chicago Bulls, where he won 3 more championships, bringing his total to 5.
NBA・17 DAYS AGO
fadeawayworld.net

The NBA season is in full effect and we have already seen some major moves made this offseason. These have been massive roster moves, with Russell Westbrook finding a new home in Los Angeles while the Washington Wizards and Chicago Bulls completely revamped their rosters. There could very well be even more player movement before this season’s trade deadline.
NBA・11 DAYS AGO
fadeawayworld.net

Stephen A. Smith Was Completely Wrong About The Chicago Bulls: "I Don't Think The Combination Of DeMar DeRozan And Zach LaVine Works."

At 15-8 on the season, the Chicago Bulls are proving to be one of the top teams in the East this season. With the arrival of DeMar DeRozan, Lonzo Ball, and Alex Caruso, many in the NBA community saw it coming well before the season began. ESPN analyst Stephen A....
NBA・2 DAYS AGO

The Los Angeles Lakers have not had the start that many expected of them. The team is currently 10-10 with a quarter of the season out the way, and have not been convincing, to say the least. LeBron James has not been healthy, and neither has Anthony Davis which isn’t a surprise. Most importantly, Russell Westbrook has not been a great signing.
NBA・12 DAYS AGO
fadeawayworld.net

Michael Jordan’s career accomplishments read like a massive novel. The Chicago Bulls legend did so much during his historic stint in the NBA, and massively changed the league and the sport of basketball for good. But perhaps his most impressive individual season would be his 1987-88 NBA season. Jordan averaged...
NBA・6 DAYS AGO
Sportsnaut

Bookmark. Save. Do your thing. We will be providing constant updates on this page as it relates to the biggest
NBA・5 DAYS AGO
Chicago Tribune

5 things we’ve learned from the Chicago Bulls’ 14-8 start to the season, including DeMar DeRozan’s perfect fit and the challenges of small ball

The opening weeks of the NBA season are always filled with the same words of caution: It’s too early to tell. But with a quarter of the season having already flown by, the Chicago Bulls have played enough to fill out a clearer picture of their style and substance. Although the team’s eight losses highlighted plenty of areas for improvement, standout performances from the star players and ...
NBA・5 DAYS AGO

The Chicago Bulls carved out another hard-earned win on Thursday night after narrowly escaping the New York Knicks at Madison Square Garden, 119-115. The Bulls squandered a huge 21-point lead and allowed the Knicks to storm back, with the home team even taking the driver’s seat in the fourth quarter. But wingman DeMar DeRozan came through for the Bulls, scoring 18 of his 34 markers in the final frame to salvage the victory.
NBA・4 DAYS AGO
bleachernation.com

Chicago Bulls guard DeMar DeRozan has proven once again that he is the new King of the Fourth. Just ask Kevin Durant and the Brooklyn Nets. On Saturday, DeRozan came up big for the Bulls, finishing with 29 points, six rebounds and three assists. He was particularly phenomenal in the fourth quarter as he scored 13 points in the period to lead Chicago to a 111-107 win.
NBA・2 DAYS AGO
Sportsnaut

Over the past couple seasons, the NBA injury report has been filled with big-name players. Now that COVID-19 is part
NBA・2 DAYS AGO

According to ESPN's Adrian Wojnarowski, DeMar DeRozan of the Chicago Bulls has entered the league's COVID-19 health and safety protocols.
NBA・10 HOURS AGO
Yardbarker

Despite the doubts about his fitness, DeMar DeRozan has been sensational for the Chicago Bulls this season. DeRozan joined the Bulls this offseason as a free agent and has become one of the cornerstones of their offense. DeRozan has had a career resurgence in Chicago and is playing some of...
NBA・14 DAYS AGO
Chicago Sun-Times

Bulls’ DeMar DeRozan would rather focus on winning than MVP chatter

Bulls forward DeMar DeRozan won’t win the NBA MVP Award this season. Media hype isn’t in his favor, and the fact that he plays alongside another MVP candidate in guard Zach LaVine means they’re likely to split votes even if the Bulls force writers to consider them more closely. But...
NBA・13 DAYS AGO
The Ringer

In late January 2020, San Antonio Spurs All-Star big man LaMarcus Aldridge missed a matchup against the Chicago Bulls. Trey Lyles, a 6-foot-9 floor spacer, was officially listed at power forward, but DeMar DeRozan—a 6-foot-6 shooting guard who patterned his game after Kobe Bryant—was the true interior presence. He caught dump-off passes and backed down opponents from the left block, sucking attention into the paint and diverting it to shooters.
NBA・13 DAYS AGO
Daily Herald

ORLANDO, Fla. -- DeMar DeRozan scored 23 points, Zach LaVine added 21 and the Chicago Bulls beat the Orlando Magic 123-88 on a Friday night that belonged to Nikola Vucevic. Playing in Orlando for the first time after nine seasons with the Magic, the Chicago center added 16 points and eight rebounds to a game that turned into a rout.
NBA・10 DAYS AGO
NBC Chicago

DeMar DeRozan, Kyle Lowry detail shared brotherly bond originally appeared on NBC Sports Chicago. DeMar DeRozan met the question with a laugh. “No, I can’t,” he told reporters after the Chicago Bulls’ 107-104 loss to the Miami Heat when asked if he could put into words his bond with Kyle Lowry.
NBA・9 DAYS AGO
ClutchPoints

Bulls star DeMar DeRozan and teammate Alex Caruso sound off after a tough 107-104 loss against the Miami Heat. For a moment, the Bulls went head-on against the Heat for the entire game and managed to garner momentum-shifting plays—such as Caruso’s nasty dunk. However, Miami’s suffocating defense proved to be too harsh for the Bulls to handle.
NBA・9 DAYS AGO
Sportsnaut