Deputy US Treasury secretary says Taliban will not have access to Afghan central bank reserves, which are mostly in the US 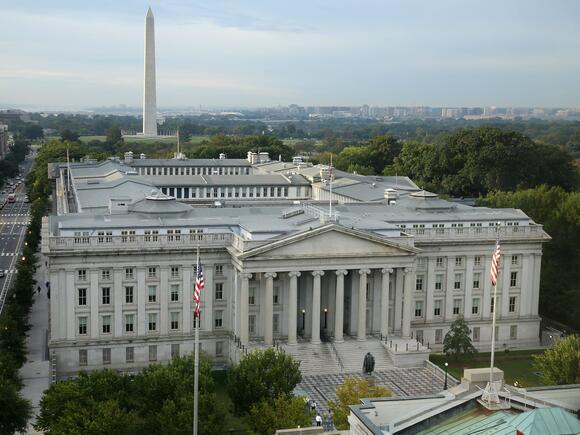 Wally Adeyemo, the Deputy US Treasury Secretary, said on Tuesday that there is no situation where the Taliban would have access to Afghan central bank reserves, which are largely stored in the US, according to Reuters.

"We believe that it's essential that we maintain our sanctions against the Taliban but at the same time find ways for legitimate humanitarian assistance to get to the Afghan people. That's exactly what we're doing," Adeyemo told the Senate Banking Committee, according to the report.

Reuters reported that the Taliban had asked for the US to allow access to the central bank's $9 billion in assets outside of Afghanistan after the US froze the assets in August, as the Taliban took over the country and now are facing an imploding economic crisis.

The Taliban has been unable to get its hands on the Afghan central bank's almost $10 billion in reserves, Insider previously reported .

"Our goal is to make sure that we are implementing our sanctions regime against the Taliban and the Haqqani network, but at the same time allowing for the permissible flow of humanitarian assistance into the country," Adeyemo said.

The China-Russia military cooperation deal should only concern America for the fact that it’s making a mockery of the country, Ret. Lt. Gen. Keith Kellogg told "Sunday Morning Futures." Kellogg: Look, the agreement itself… this is kind of like normal procedure. This is the way it kind of goes forward...
MILITARY・1 DAY AGO
dallassun.com

The UN envoy to Afghanistan on Wednesday said that the regional affiliate of the Islamic State group now appears present in nearly all Afghan provinces and “increasingly active”. Briefing on the Afghanistan situation following the Taliban’s takeover, Deborah Lyons, UN special representative for Afghanistan, told the UN Security Council that the Taliban “appears to rely heavily on extra-judicial detentions and killings” in its response against suspected Islamic State-Khorasan members.
WORLD・3 DAYS AGO

The head of U.S. Special Operations Command said he doesn’t believe the United States can rely on Afghanistan's newly installed Taliban government in the fight against the threat from the Islamic State.
MILITARY・7 DAYS AGO
AFP

US says it will resume talks with Taliban next week

The United States will resume talks with the Taliban next week in Qatar, addressing among other issues the fight against terrorism and the humanitarian crisis in Afghanistan. The American delegation will be led by the US special representative for Afghanistan, Tom West, for the planned two weeks of discussions, State Department spokesman Ned Price said Tuesday. The two sides will discuss "our vital national interests," which include counterterrorism operations against the Islamic State group and Al-Qaeda, humanitarian assistance, Afghanistan's devastated economy, and safe passage out of Afghanistan for US citizens and Afghans who worked for the United States during the 20 year war. West met two weeks ago in Pakistan with representatives of the hardline Islamist movement that seized power in August as US forces completed their withdrawal.
U.S. POLITICS・6 DAYS AGO
CoinTelegraph

Central bank digital currencies (CBDC) like Russia’s digital ruble do not pose any threat to United States sanctions, according to U.S. Deputy Treasury Secretary Wally Adeyemo. In a CNBC interview on Wednesday, Adeyemo argued that the U.S. dollar “will remain the dominant currency in the world” despite the increasing popularity...
FOREIGN POLICY・10 DAYS AGO
International Business Times

Taliban Appeal To US Congress To Release Afghan Assets

The Taliban called Wednesday on US Congress members to release Afghan assets frozen after their takeover of the country, warning economic turmoil at home could lead to trouble abroad. In an open letter, Taliban Foreign Minister Amir Khan Muttaqi said the biggest challenge facing Afghanistan was financial insecurity, "and the...
FOREIGN POLICY・12 DAYS AGO

US Deputy Treasury Secretary: Bitcoin Won’t be More Dominant Than The Dollar

Cryptocurrencies present both opportunities and challenges but they are unable to replace the USD, said Wally Adeyemo. According to Wally Adeyemo – US Deputy Treasury Secretary – the American national currency will continue to be the world’s most dominant one despite the surging interest in bitcoin and the altcoins. Crypto...
CURRENCIES・12 DAYS AGO
CNBC

Prices will remain high until the Covid pandemic is over, deputy Treasury secretary says

The Covid pandemic, supply chain issues and inflation are challenges facing the Biden administration currently. Only 41% of voters approve of Biden, according to the latest Washington Post/ABC survey released on Sunday, continuing a downward trend in the president's ratings. Deputy Treasury Secretary Wally Adeyemo said high prices would moderate...
POTUS・13 DAYS AGO
Reuters

MOSCOW, Nov 28 (Reuters) - Russia's ambassador to the United States said that 27 more Russian diplomats and their families were expelled from the United States and would leave on Jan. 30. "Our diplomats are being expelled...A large group of my comrades, 27 people with families, will leave us on...
U.S. POLITICS・1 DAY AGO
AFP

The Taliban co-founder and now prime minister of Afghanistan Mullah Mohammad Hassan Akhund pledged Saturday that his government will "not interfere" in other countries' internal affairs, and urged international charities to continue offering aid to the war-ravaged country. "We ask all the international charity organisations to not withhold their aid and to help our exhausted nation... so that the problems of the people could be solved," Hassan said in his speech, insisting that the problems facing the country were the result of the previous governments.
MIDDLE EAST・2 DAYS AGO
Reuters

Taliban to purge 'people of bad character' from ranks

KABUL/PESHAWAR, Pakistan, Nov 23 (Reuters) - The Taliban have formed a commission to purge "people of bad character" from their ranks to protect Afghanistan's reputation, the group said on Tuesday, in the latest sign it is trying to change from an insurgency into a regular government. The Taliban operated as...
WORLD・6 DAYS AGO
Business Insider

"If people are vaccinated and wear their mask, there is no need for a lockdown," Biden said, adding that he doesn't "anticipate" more travel restrictions.
U.S. POLITICS・14 HOURS AGO
albuquerqueexpress.com

Washington [US], November 23 (ANI/Sputnik): The Federal Reserve needs stable and independent leadership to navigate a post-pandemic world and Jerome Powell would be the right apolitical candidate to continue heading the US central bank, President Joe Biden said. "Now some will no doubt ask why I'm renominating Jay, when he...
BUSINESS・7 DAYS AGO
hngn.com

United States Treasury Secretary Janet Yellen shifted her forecast of when the country could reach its debt ceiling, pushing it forward to Dec. 15, warning lawmakers on Tuesday but giving Congress more time to strike a deal from her initial estimate of Dec. 3. Yellen's latest projection gives an additional...
CONGRESS & COURTS・12 DAYS AGO
dallassun.com

The German government has urged members of Congress not to sanction the Nord Stream 2 pipeline, arguing that doing so will "weaken" U.S. credibility and "ultimately damage transatlantic unity," according to documents obtained by Axios. Why it matters: At a time when roughly 100,000 Russian troops are massing at its...
U.S. POLITICS・1 DAY AGO
americanmilitarynews.com

Tension between Beijing and Washington continues as the US government on Wednesday reportedly put several Chinese firms in its trade blacklist. The US stated that these companies were aiding to develop the Chinese military’s quantum computing efforts, according to Reuters. As many as eight China-based technology companies were added in...
FOREIGN POLICY・4 DAYS AGO