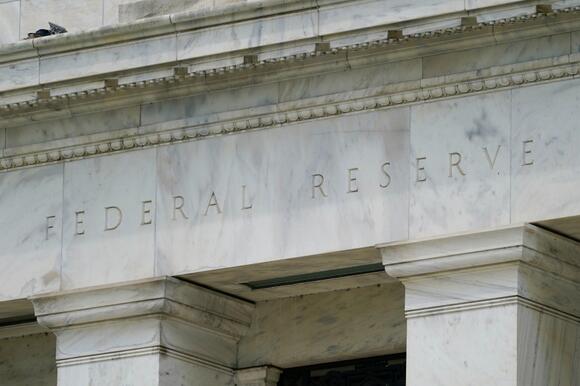 WASHINGTON (AP) — The Federal Reserve reports that the economy faced a number of headwinds at the start of this month, ranging from supply-chain disruptions and labor shortages to uncertainty about the delta variant of COVID.

In its latest survey of business conditions around the nation, the Fed said Wednesday that a majority of its 12 regions viewed consumer spending, the main driving force for the economy, as remaining positive despite the various speed bumps.

The report noted wide differences in performance, however. It noted that auto sales suffered because of constrained inventories due to problems obtaining critical semiconductor components. Manufacturing, meanwhile, was growing either moderately or robustly depending on which Fed district was reporting.

“Outlook for near-term economic activity remained positive, overall, but some districts noted increased uncertainty and more cautious optimism than in previous months,” the Fed said in the report on business conditions nationwide, known as the beige book.

The report, based on surveys of business contacts by the Fed’s 12 regional banks, will form the basis for discussion when central bank officials next meet on Nov. 2-3.

The Fed is widely expected to announce at that meeting that it will begin to reduce, or taper, its $120 billion in monthly bond purchases starting either in November or December.

Those purchases have been designed to give the economy an extra boost by holding down long-term interest rates.

A move to trim the purchases is expected to be followed in the second half of next year with the first rate hikes. The Fed’s benchmark interest rate has been an at ultra-low zero to 0.25% since the COVID pandemic struck with force in the spring of 2020 but there are growing calls it to begin removing its support in the face of rising price pressures this year.

The beige book found “significantly elevated” prices with widespread increases across industry sectors due in large part to supply-chain bottlenecks.

Prices for steel, electronic components and shipping costs all “rose markedly,” during the survey period, the report said.

Expectations for future price increases varied, the Fed report said, with some business contacts expecting prices to remain high or even increase further, while others expected prices to moderate over the next the next 12 months.

Fed board member Randall Quarles said in a speech Wednesday that he believes elevated inflation will start to “decline considerably next year from its currently very elevated rate.” That reflects his belief that the factors now disrupting the economy, such a supply bottlenecks, “appear likely to fade over time.”

The beige book report noted that while the demand for labor was high, job gains had been dampened by a low supply of workers, forcing many retail, hospitality and manufacturing companies to cut hours or production because they did not have enough employees.

“Firms reported high turnover as workers left for other jobs or retired,” the Fed report said. “Child-care issues and vaccine mandates were widely cited as contributing to the problem.”

In an effort to deal with the labor shortages, the Fed said many companies were offering more training to prospective workers and also boosting wages.

The Fed’s report was based on interviews conducted by the 12 regional banks on or before Oct. 8.

CEOs from Walmart and other major retailers just told Biden the supply-chain crisis is getting better. His antitrust watchdog doesn't believe them.

Biden planned a briefing on his Monday supply-chain summit with CEOs, but he canceled those remarks. The FTC hit them with information orders instead.
RETAIL・1 DAY AGO
pymnts

With the term “supply chain” becoming part of everyday household patter, consumers are acutely aware of shortages and delays caused by the pandemic. Some sectors — particularly electronics and durable goods that rely on semiconductors — are seeing delivery wait times for items ordered this year extend well into 2022, adding consternation to the equation.
RETAIL・22 HOURS AGO
FOXBusiness

Supply chain bottlenecks and a worsening labor shortage threatened to undermine the U.S. economic recovery from the coronavirus pandemic this fall, according to a new Federal Reserve report. In its region-by-region roundup of anecdotal information known as the Beige Book, the Fed reported that while economic activity increased at a...
BUSINESS・21 HOURS AGO
MarketWatch

An index of U.S.-based manufacturers inched up to 61.1% in November from 60.8% in the prior month, the Institute for Supply Management said Wednesday.
BUSINESS・23 HOURS AGO

In a statement released Dec. 1, the Organization for Economic Cooperation and Development (OECD) cut its global economic growth outlook for 2022. The OECD cited the Omicron variant as one factor that...
BUSINESS・17 HOURS AGO
US News and World Report

The Federal Reserve Board’s survey of regional economic conditions found the economy growing at a “modest to moderate pace” amid supply-chain constraints, according to its “beige book” released Wednesday. [. READ:. Markets, Fed Turn Skittish on Omicron ]. The report, an eight-times-a-year survey of the 12 regional banks within the...
BUSINESS・20 HOURS AGO
MarketWatch

Businesses were raising prices across many sectors of the economy, according to the latest Federal Reserve’s Beige Book survey released on Wednesday.
HOUSTON, TX・20 HOURS AGO
Newsweek

Businesses heard a plethora of reasons for the staff shortage, including no childcare, retirements, and concerns regarding COVID, according to the Fed report.
BUSINESS・11 HOURS AGO

Treasurys were mixed on the day as investors assessed a possibly faster-than-expected tapering timeline by the Fed and threats posed by the omicron variant.
BUSINESS・1 DAY AGO
MarketWatch

To overcome its policy mistake, the Fed has to detail how it got the call wrong on inflation for so long, and then quickly wind down asset purchases
BUSINESS・23 MINUTES AGO
MarketWatch

The widely followed spread between 2- and 10-year rates narrows on Tuesday to a level last seen in January.
BUSINESS・1 DAY AGO
MarketWatch

The wave of price increases that has complicated the US pandemic recovery could last longer than anticipated, Federal Reserve Chair Jerome Powell acknowledged Tuesday, opening the door to raising interest rates sooner. - Hawkish signs - Powell acknowledged that central bankers in their predictions missed the "enormous amount" of supply chain problems and the impact they would have on prices, and the increases have been more widespread than anticipated.
BUSINESS・1 DAY AGO
MarketWatch

U.S. Treasury yields were steady on Wednesday, amid investor concerns around the omicron variant and the Federal Reserve's plans to potentially taper faster than expected. The yield on the benchmark 10-year Treasury note fell just 1 basis point to 1.424% by around 4:20 p.m. ET. The yield on the 30-year Treasury bond dipped 2 basis points to 1.762%. Yields move inversely to prices and 1 basis point is equal to 0.01%. Yields rose earlier in the day on Wednesday.
U.S. POLITICS・1 DAY AGO
POLITICO

Powell's comment came after the Fed already announced earlier this month that it would slow the pace at which it buys U.S. government debt and mortgage-backed securities.
WASHINGTON, DC・1 DAY AGO
Boston Herald

The Supreme Court has turned away an emergency appeal from employees at the largest hospital system in Massachusetts who object to the COVID-19 vaccine on religious grounds. Justice Stephen Breyer did not comment Monday in rejecting the request from employees at Mass General Brigham for a religious exemption to the system’s vaccine requirement. Lawyers for the employees said in court papers that six have been fired, one has resigned and another was vaccinated in order to remain employed.
CONGRESS & COURTS・2 DAYS AGO
WSAV News 3

WASHINGTON (AP) — U.S. consumer confidence fell to a nine-month low in November, clipped by rising prices and concern about the coronavirus. The Conference Board reported Tuesday that its consumer confidence index dropped to a reading of 109.5, down from 111.6 in October. It was the lowest reading since the index stood at 95.2 in […]
ECONOMY・1 DAY AGO
AFP

The Omicron variant of Covid-19 could slow the recovery of the US economy and labor market and also heighten uncertainty regarding inflation, Federal Reserve Chair Jerome Powell said in testimony released Monday. Powell has consistently said the recent spike in inflation would be transitory, but acknowledged that the factors pushing US prices higher will "linger well into next year." The comments to be delivered to the Senate Banking Committee on Tuesday indicate the central bank chief is growing more concerned about this year's price increases, which has put pressure on the central bank to raise interest rates more quickly. The Fed slashed interest rates to zero in the early days of the pandemic and flooded the financial system with liquidity, which together with massive government aid helped to prevent a more damaging economic downturn.
BUSINESS・2 DAYS AGO