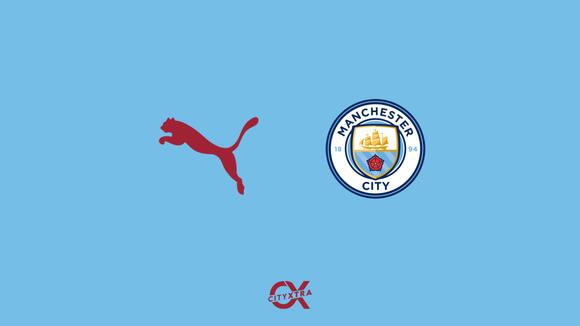 Earlier this week, it was reported by Footy Headlines that Manchester City’s home shirt for the 2022/23 campaign will feature maroon – a colour that has been associated with the club’s kits for over 50 years.

However, despite the colour having regularly featured on City’s away jerseys throughout the club’s history, it has never been featured on a home strip - and the latest information indicates that this is set to change.

Despite having never featured on the club’s home shirts, maroon has regularly been used to detail the Sky Blues’ home kit socks and is occasionally utilised as the primary colour on the club’s away strips.

Following the report, many of the club’s supporters have taken to City Xtra's social media page to react to the news.

Following the update, some fans have praised the colour scheme, whilst others have elected to criticise the plans for the upcoming shirt.

A common theme is many supporters making comparisons to the polarising Puma-manufactured 2019/20 home jersey that controversially featured purple.

In response to these complaints, other City fans have moved to contend this criticism by saying that maroon has featured on City's kits constantly throughout the club’s history, and have posted images of club legend Colin Bell wearing a kit detailed with that exact colour.

Meanwhile, another of the club's supporter's has instead pleaded for Puma to release a red-and-black striped kit – a popular design that many fans have clamoured for the club to release for many years.

A wave of information has been published in the past few hours regarding the situation around Ferran Torres. Journalist Fernando Polo of Mundo Deportivo was the first to break rumours of Torres' potential departure. He said the Spaniard has asked Pep Guardiola to leave the club, with the manager approving if an 'economical agreement' can be found.
PREMIER LEAGUE・12 DAYS AGO
Yardbarker

Just a year into his Manchester City career, Ruben Dias is already used to picking up individual accolades. Signing from Benfica for a fee of £62 million, the Portuguese international knew he had a big job on his hands. City were leaking goals and Dias was the man tasked with solving that very issue.
PREMIER LEAGUE・9 DAYS AGO
CityXtra

Since joining Manchester City from Tottenham Hotspur in the summer of 2017, Kyle Walker hasn't just won 10 trophies during his stay, he has also vastly improved as a footballer and as an overall professional. Speaking to BBC Radio 5 Live, the England international has spoken very highly of Pep...
PREMIER LEAGUE・7 DAYS AGO
CityXtra

It seems we are now only getting daily - or sometimes even hourly - updates on FC Barcelona's pursuit of Manchester City forward Ferran Torres. This story has exploded since the weekend, when it was first reported that Torres had spoken to manager Pep Guardiola about wanting to leave the club - with the Catalan giants being the main interested party.
PREMIER LEAGUE・7 DAYS AGO

Ruben Dias and Bernardo Silva were on the scoresheet in the first half against Aston Villa, with the latter volleying home a spectacular effort after his international teammate had rifled in from distance earlier. But Steven Gerrard's Aston Villa side showed plenty of promise, and fought back just seconds into...
PREMIER LEAGUE・6 DAYS AGO
CityXtra

As the summer transfer window ticks ever closer, rumours regarding exactly who Manchester City will sign as their natural number nine to succeed Sergio Aguero are certain to intensify. Since the deal to bring Harry Kane from Tottenham to the Etihad Stadium failed to materialise last summer, there have been...
PREMIER LEAGUE・6 DAYS AGO
CityXtra

With clubs looking to solidify their respective league positions or strengthen even further for an end-of-season push, the January transfer window provides the perfect opportunity for relevant parties to conduct such negotiations. This appears to be the case for several Premier League clubs, with West Ham seemingly looking to further...
PREMIER LEAGUE・5 DAYS AGO
CityXtra

Aston Villa have won both of their Premier League matches under new manager Steven Gerrard. Consequently, the former Rangers boss will be keen to continue their newfound form when the Champions come to town. Ahead of Wednesday’s clash at Villa Park, City Xtra takes a look at some of the...
PREMIER LEAGUE・7 DAYS AGO

"Take A Video... You Will Know It. No Secret" - Pep Guardiola Believes Praise of One Man City Star is Quite Obvious

Rodri and Bernardo Silva have been standout players during the opening few months of the campaign, as Manchester City go in search of winning their fourth Premier League title under Pep Guardiola. The Portuguese playmaker, who had been rumoured to be seeking an exit from the Etihad Stadium in the...
PREMIER LEAGUE・5 DAYS AGO
CityXtra

Manchester City's first-half performance was one of the finest we may have seen under Pep Guardiola. Total domination from minute one to 45, the Blues scored two beautifully crafted goals to go into the halftime break with a commanding lead. An unlikely source for the first, with Ruben Dias curling...
MANCHESTER, NY・6 DAYS AGO
CityXtra

The former Barcelona manager is currently in the middle of his sixth season at Manchester City, making him the reigning Premier League champions' longest-serving manager since club legend Joe Mercer. The Catalan's current contract is due to expire at the end of the 2022/23 season, which would complete a seven-year...
NEW YORK CITY, NY・4 DAYS AGO
CityXtra

After a successful trip to Villa Park on Wednesday night, Pep Guardiola's side are venturing further south in search of an equally vital three points, this time at Vicarage Road. Manchester City's opponents sit precariously above the relegation zone, having lost four out of their last five games in the...
PREMIER LEAGUE・5 DAYS AGO

City, who are looking to win their fifth straight Premier League match on Saturday evening, face a precariously placed Watford side. Claudio Ranieri became the Hornets' latest managerial appointment in October, but the Italian has only managed to win one of Watford's last five league matches. The Hertfordshire-based club, who...
PREMIER LEAGUE・5 DAYS AGO
CityXtra

The recent explosion of rumours regarding Ferran Torres' potential move to Barcelona have sent some associated with Manchester City into a frenzy. The 21-year-old is seen as a future star at the Etihad Stadium, and has even shown form as a striker for Manchester City this season - scoring two goals in four games, before being injured on international duty with Spain.
PREMIER LEAGUE・7 DAYS AGO
CityXtra

Pep Guardiola has always been a big fan of Dani Olmo. The 23-year-old has faced Guardiola's Manchester City on numerous occasions in the Champions League. In 2019 with Dinamo Zagreb, and earlier this season on matchday one of Group A with RB Leipzig. Prior to that game, the Catalan said...
PREMIER LEAGUE・6 DAYS AGO
CityXtra

Barcelona have been linked with a January swoop for Torres in recent weeks, with reports suggesting that the 21-year-old is keen to take up a fresh challenge and be a key attacking outlet for the Catalan giants under newly-appointed manager Xavi. Torres, who joined Manchester City from Valencia for a...
PREMIER LEAGUE・5 DAYS AGO
CityXtra

The Premier League champions have been linked with a move for the 21-year-old marksman for several months, as they try and acquire the services of a top centre-forward to replace Sergio Aguero, who signed for Barcelona in June. After failing to secure the arrival of Tottenham talisman Harry Kane in...
PREMIER LEAGUE・7 DAYS AGO
CityXtra

After confirming a perfect November against West Ham at the weekend, Manchester City started December just as well with an impressive display at Villa Park in midweek. Ruben Dias and Bernardo Silva's goals ensured all three points against a rejuvenated Aston Villa side under Steven Gerrard. Up next, Pep Guardiola's...
PREMIER LEAGUE・4 DAYS AGO
CityXtra

Last month, in an enthralling encounter at the Etihad Stadium, Manchester City beat Paris Saint-Germain and confirmed qualification for the knockout stages of the Champions League. With that victory, City also clinched the top spot, meaning they could approach matchday six against RB Leipzig with relative ease. It also means...
PREMIER LEAGUE・2 DAYS AGO