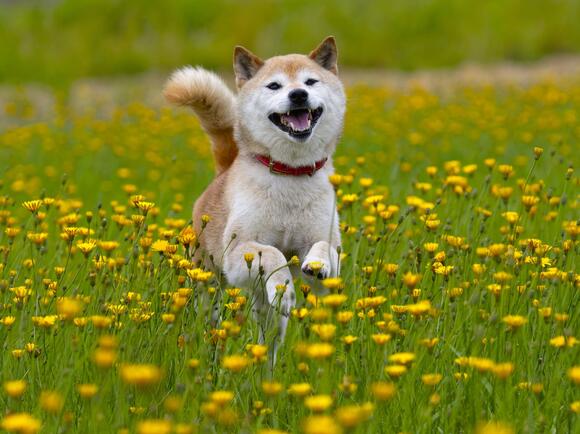 Public, a retail trading app, added shiba inu coin to its list of cryptocurrencies users can buy and sell on the platform.

The trading app added cryptocurrencies to its platform earlier this month, allowing users to invest as little as a dollar in digital assets including bitcoin, ethereum, bitcoin cash, dogecoin, litecoin, and cardano, among others.

The latest addition comes as shiba inu coin, inspired by dogecoin and its namesake dog breed, has been on an epic rally this month, thanks in part to hype from Tesla Chief Executive Officer Elon Musk. Even as shiba inu coin has deleted several zeros from its decimal, it's still worth just a fraction of a penny.

In an email to Insider, a spokesperson for Public said, "Because the prices of cryptos can be volatile in the short-term and tend to follow different patterns than stock market securities, Public will have Volatility Reminders on crypto pages to ensure investors can make their own decisions with context."

Users who already activated crypto trading in the app can begin buying and selling the token, Public said, adding that any user can view the shiba inu page to learn more about it. Apex Crypto provides execution and custody services for the app's crypto-trading feature, Insider reported previously.

Public, which launched in September 2019 as a more social investing app, has more than a million users and a market value of about $1.2 billion, according to the spokesperson. On its website, the firm says that it does not make money through payment for order flow, unlike rivals like Robinhood. It says eliminating PFOF from its business model in February was meant to align their interests with those of their users.

Ethereum-Based Altcoin Soars 85% in Just One Hour, Fueled by Metaverse and Gaming Announcement

An Ethereum-based altcoin project that first launched in January of 2018 has suddenly roared back to life. The core asset of the decentralized cloud computing blockchain network aelf (ELF) shot from $0.35 to $0.65 in the span of about 40 minutes on Monday – a massive 85% increase. The sudden...
MARKETS・8 HOURS AGO
Benzinga

These Dogecoin and Shiba Inu Knockoffs Are Striking Major Gains Today, With One Pi Network Concept Token Up 309%

Some of the Dogecoin (CRYPTO: DOGE) and Shiba Inu (CRYPTO: SHIB) knockoffs are seeing strong gains as of Sunday night after both Dogecoin and Shiba Inu fell along with other major cryptocurrencies over the weekend. What Happened: Pi INU (CRYPTO: PINU) is up 309.53% during the past 24 hours, trading...
STOCKS・23 HOURS AGO
zycrypto.com

Shiba Inu could soon turn its focus into blockchain gaming in a watershed moment expected to greatly reduce the number of tokens in circulation, sending prices north. In a recent reveal by one of the token’s leading developers, Shytoshi Kusama, the development which he termed as the “future of gaming” was poised to be a game-changer in the industry.
VIDEO GAMES・1 DAY AGO
u.today

Singapore-based cryptocurrency derivatives exchange Bybit has announced that Shiba Inu is now available for spot trading. Prior to that, it added the SHIB1000/USDT derivatives pair in October, allowing users to trade the meme cryptocurrency with up to 25x leverage while using the Tether stablecoin as collateral. Bybit initially launched support...
COMMODITIES & FUTURE・12 HOURS AGO

These digital assets are often compared to gold and silver.
STOCKS・14 HOURS AGO
Markets Insider

China's government is stepping in to help Evergrande deal with its debt, as it has with previous large-scale corporate clean-ups

This comes after Evergrande said in filing to the Hong Kong Stock Exchange there was "no guarantee" it would have enough funds to meet debt repayments.
ECONOMY・22 HOURS AGO
The Motley Fool

Fortunes will likely be made with the metaverse. Investing in these stocks is a great way to get started.
STOCKS・16 HOURS AGO
The Motley Fool

Is It Too Late to Buy Shiba Inu?

It's a definite maybe.
MARKETS・15 HOURS AGO

A new crypto trading platform, IXFI, has been launched. The exchange seeks to improve the cryptocurrency industry by offering innovative crypto services that will make trading easier and help investors build a crypto ecosystem where all their financial activities can be performed. Launched on December 1, IXFI is poised to begin onboarding traders, both beginners and experienced ones..
COMMODITIES & FUTURE・11 HOURS AGO
dailyhodl.com

New data shows that the world’s biggest Ethereum whales are loading up on meme crypto Shiba Inu (SHIB) and two of the hottest metaverse tokens. The latest numbers from WhaleStats are revealing the investment behavior of the 1,000 wealthiest non-exchange Ethereum addresses. The whale-monitoring website shows that in the last...
PETS・19 HOURS AGO
The Motley Fool

And it wouldn't have taken very long to make a boatload of money.
STOCKS・1 DAY AGO
zycrypto.com

Ethereum ‘Flippening’ Bitcoin Will Place Solana, Cardano At The Core Of The Crypto Market — Here’s Why

Ethereum unseating Bitcoin will put utility tokens at the forefront, claims researcher. Utility tokens are already recording increased use cases. With the expansion and growth of the cryptocurrency market, consumers are demanding cryptocurrencies of different kinds. Bitcoin has been the most dominant cryptocurrency. Most attribute the asset’s dominance to the fact that it led to the beginning of the inception of digital currencies.
MARKETS・17 HOURS AGO

A popular crypto strategist and trader says Ethereum is primed for an epic rally and predicts that another smart contract platform is poised for a price eruption. The pseudonymous trader known in the industry as Smart Contracter tells his 195,500 Twitter followers that Ethereum is primed for a monster rally against Bitcoin (ETH/BTC) after the pair broke out from a large bullish continuation pattern.
MARKETS・16 HOURS AGO
The Motley Fool

The short answer is yes. But it could take a lot longer than you might like.
BUSINESS・16 HOURS AGO
CoinTelegraph

Alameda Research, a cryptocurrency trading firm founded by crypto billionaire Sam Bankman-Fried, has led a $35 million investment in the automated crypto trading app Stacked. On Thurs, the startup officially announced the successful completion of a Series A funding round co-led by Alameda and Mirana Ventures, a venture partner of Bybit exchange and BitDAO.
MARKETS・16 HOURS AGO
Motley Fool

Shiba Inu Soars and Crashes, But It's Still Holding Up This Week

You’re reading a free article with opinions that may differ from The Motley Fool’s Premium Investing Services. Become a Motley Fool member today to get instant access to our top analyst recommendations, in-depth research, investing resources, and more. Learn More. What happened. This week was a rather volatile one in...
STOCKS・1 DAY AGO
MarketWatch

Hertz stock jumps after analysts recommend investors buy, while at the same time saying rival Avis Budget is a sell

NEW YORK, NEW YORK - MAY 23: An exterior view of Hertz Car Rental during the coronavirus pandemic on May 23, 2020 in New York City. COVID-19 has spread to most countries around the world, claiming over 343,000 lives with over 5.4 million infections reported. (Photo by Cindy Ord/Getty Images) By Getty Images THE RATINGS GAME.
NEW YORK CITY, NY・7 HOURS AGO
Fortune

Subscribe to Fortune Daily to get essential business stories delivered straight to your inbox each morning. Last week, Terraform Labs’ Luna coin (LUNA) had its best week ever. On Dec. 4, in the midst of a colossal cryptocurrency selloff, Luna soared to an all-time price and market capitalization high of...
STOCKS・17 HOURS AGO
Taylor Daily Press

A new exchange has fallen victim to a hack after hackers managed to exploit a vulnerability. Hackers gained access to hot exchange wallets, which are hosted via Ethereum (ETH) The network and the Binance Smart Chain (BSC), and launched a massive portfolio of mixed coins. The exchange that fell victim...
MARKETS・1 DAY AGO
The Motley Fool

It's the premier "picks-and-shovels" supplier for the technologies shaping our future.
STOCKS・1 DAY AGO