Packers are one of the most hated teams in NFL 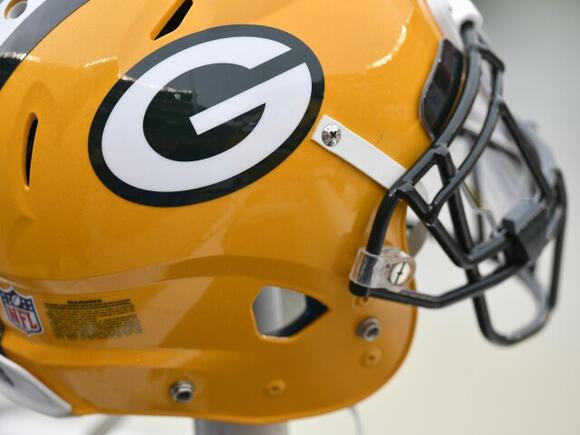 As we head into the heart of NFL season, many Wisconsinites will be rooting for the Packers.

But not everyone is so fond of the team. According to Twitter data, the Packers are the most "hated" NFL team in six states — Illinois, Michigan, Minnesota, Iowa, North Dakota and South Dakota.

For the last month, staff at SportsBetting.ag searched through geotagged Twitter data for tweets and hashtags about "hating" or disliking a particular team. More than 200,000 tweets were tracked.

The only team with more states that hate them than the Bucs and Packers are the Cowboys. According to the data, eight states say they hate the Cowboys the most.

Then why are there so many packer bar in other states? I’ve never seen a Tampa bar in Wisconsin but I’ve seen some packer bars in Florida

And I always thought it was Dallas Cowboys ??!! Every time a team is on a winning streak, haters come out !! I’m a proud Packer Fan❤️ even more now for my brother who earned his wings from Cancer!! He was a diehard Packer Fan 💯💯 Go Packers 🤜🏼🤛🏼 R.I.P Joe 🙏❤️

Packers Are Feared To Have Suffered Major Injury Loss

The Green Bay Packers are in a tight one against the Minnesota Vikings on Sunday afternoon. Regardless of the end result, though, the NFC North franchise is feared to have suffered a major loss on Sunday. According to NFL Network insider Ian Rapoport, the Packers fear that standout offensive lineman...
NFL・10 DAYS AGO
The Spun

With Aaron Rodgers officially back, the Green Bay Packers did some backup quarterback shuffling on Monday afternoon. The Packers activated Kurt Benkert from the practice squad Reserve/COVID-19 list and released former No. 3 overall pick Blake Bortles. Green Bay originally brought Bortles into the fold earlier this month after Rodgers and Benkert tested positive for COVID-19.
NFL・16 DAYS AGO
ClutchPoints

The Minnesota Vikings pillaged the Green Bay Packers on Sunday, 34-31 to register arguably their biggest of the season and resuscitate their flatlining hopes to advance to the NFL Playoffs. Quarterback Kirk Cousins starred for the Vikings, finishing with 341 yards and three touchdowns as he kept pace with Packers...
NFL・8 DAYS AGO
The Spun

Odell Beckham Jr. surprised most of the NFL world when he decided to sign with the Los Angeles Rams after getting released by the Cleveland Browns. Other teams were in contention to sign Beckham, notably the Green Bay Packers and the New Orleans Saints, among others. The Packers were actually...
NFL・3 DAYS AGO

Aaron Rodgers returned to action last week following his time in quarantine after testing positive for COVID-19. He threw for 292 yards, no touchdowns, and one interception in Green Bay’s 17-0 win over the Seattle Seahawks. It wasn’t his best performance but it helped move the Packers to 8-2 as they fight for a bye in the playoffs.
NFL・12 DAYS AGO
CBS Sports

One thing we learned about each NFL team in Week 12 of 2021 season: Packers could be the new NFC favorites

Week 12 of the 2021 NFL season is officially in the books. The Packers rolled over the Rams. The Patriots owned the Titans. The Seahawks lost to Washington ... and that was just a fraction of the action from this week. But what did we learn about each of the...
NFL・1 DAY AGO
FanSided

Packers are the best team in the NFC, and it’s not close

The Green Bay Packers cruised past the Los Angeles Rams today in the latest demonstration that they are the top team in the NFC. They may not be the No. 1 seed in the NFC but there isn’t a team in the conference that is better than the Green Bay Packers. Aaron Rodgers and company took care of business in the game of the weekend, cruising to a 36-28 victory over the Los Angeles Rams to dispatch another threat with ease.
NFL・2 DAYS AGO
zonecoverage.com

Welcome to the weekly Zone Coverage Packers mailbag, where I try to answer all your burning NFL and Green Bay Packers-related questions, submitted via Twitter to @m_widmeier. Will the Packers go sign a running back after the injury to Aaron Jones?. I lean towards no on this only because it’s...
NFL・14 DAYS AGO

Few teams have been as impressive as the Green Bay Packers this season. Sitting atop the NFC with an 8-2 record, the Packers have defeated some very talented teams this year and have one of the most balanced rosters in football. With Aaron Rodgers, the Packers have won their past...
NFL・14 DAYS AGO
ccenterdispatch.com

Jim Polzin: It's taken a village to make the Packers' defense one of the best in the NFL

GREEN BAY — Aaron Rodgers was asked a question about the Green Bay Packers’ defense earlier this week and ended up naming 11 players during a long-winded answer. Thing is, all of them were deserving of a shout-out from the veteran quarterback even though it’s hardly a star-studded group.
NFL・13 DAYS AGO
thelines.com

NFL Power Ratings: Which Teams Has Betting Market Upgraded And Downgraded Most?

Things change fast in the NFL. Ask the Kansas City Chiefs. One minute they are championship favorites preparing the march to their third straight Super Bowl, and a few weeks later they find themselves in last place in their own division. A few weeks later, right back in first. With that in mind and more than half the season gone, TheLines decided to take a look at estimated NFL power ratings and see which teams have increased and decreased their standings most.
NFL・14 DAYS AGO
ESPN

Some NFL losses are so legendary that people refer to them by a simple phrase. The Ice Bowl. The Drive. The Miracle in the Meadowlands. The Immaculate Reception. Fans, young and old, know 28-3 was the score in the third quarter of Super Bowl LI before the Atlanta Falcons' legendary meltdown that led to the New England Patriots winning their fifth championship.
NFL・13 DAYS AGO

Are the Green Bay Packers a Tough Football Team?

Bill Belichick once said that a “Tough” Football Team does 3 things well. They run the football, they stop the run and they…. cover kicks?. While on Barstool Sports Podcast “Pardon My Take” yesterday, former New England Patriots WR Julian Edelman shared that quote from Belichick regarding Tough Football Teams. During the podcast, host Dan Katz asked Edelman his opinion on the 3 Toughest Teams in the NFL, from a physicality and grittiness standpoint – not necessarily the 3 Best Teams in the NFL.
NFL・11 DAYS AGO
Daily Norseman

Packers at Vikings: Final injury reports for both teams

It’s time for the final injury reports of the week for the Green Bay Packers and your Minnesota Vikings ahead of this weekend’s NFC North battle at U.S. Bank Stadium. The list for the visiting team is pretty long and has several key names on it, while the purple are just about as healthy as you can hope for a team to be going into a game in Week 11.
NFL・11 DAYS AGO
FOX Sports

Over their last nine games, the Green Bay Packers are 8-0-1 against the point spread. Green Bay has met or beaten the spread in every game this season aside from their week one blowout loss to the New Orleans Saints, and this week they will need to defeat the Minnesota Vikings by a field goal to keep that streak alive.
NFL・13 DAYS AGO

Has any NFL team been hit harder by injuries as of late than the Green Bay Packers?. Green Bay lost to Minnesota, 34-31, but suffered an even bigger loss in the process. Standout Packers offensive lineman Elgton Jenkins is feared to have suffered a torn ACL. This would be a...
NFL・10 DAYS AGO
FanSided

With Brian Gutekunst at the helm, the Green Bay Packers certainly aren’t strangers when it comes to making in-season additions over the last few years. A few examples include Tyler Ervin, Tavon Austin, Jared Veldheer, Damon “Snacks” Harrison, and more recently, Rasul Douglas and Whitney Mercilus, among others. At this...
NFL・10 HOURS AGO
Acme Packing Company

The Green Bay Packers have opened up as 1.5-point favorites at home against the Los Angeles Rams on DraftKings. At this point in the season, the Packers still have the best “against the spread” record in the NFL with a 9-2 mark, despite Sunday’s loss to the Vikings. The money line of -125 carries an implied probability that the Packers win in their matchup with the Rams 56 percent of the time.
NFL・9 DAYS AGO