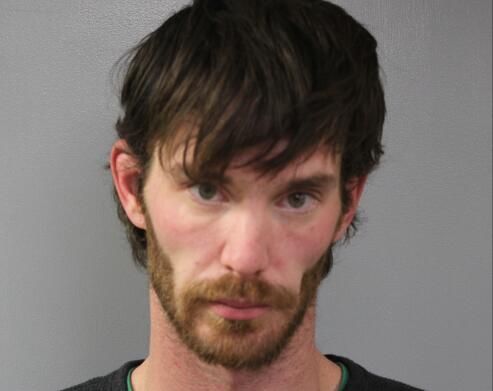 Prosecutors wrapped up their arguments in a Montgomery County murder case Wednesday afternoon.

The state rested its case at 2:35 p.m. in the first-degree murder trial against Michael Humphrey. Humphrey is accused of helping Lynlee Renick kill her husband, Ben Renick, at the Renicks property in Montgomery County in 2017.

The jury in the first-degree murder trial against Michael Humphrey on Wednesday watched an interview Humphrey did with the Missouri State Highway Patrol on the day of his 2020 arrest. Humphrey told Master Sgt. Marcus Reynolds he did not know of Lynlee Renick's plan to kill her husband when the two traveled to the Renicks' farm.

Prosecutors claim Humphrey drove Lynlee Renick to the property from her Columbia spa on June 8, 2017. The two allegedly worked with Ashley Shaw, a spa employee that testified on Tuesday that she helped Lynlee come up with the plot. Assistant Attorney General Kevin Zoellner said Humphrey also gave Lynlee Renick the gun to use.

Humphrey's two-hour interview in 2020 with Reynolds instead puts the gun in Lynlee's hands when the two arrived on the Renicks' property near New Florence. Humphrey said he went with Lynlee, his ex-girlfriend, to help her collect her stuff as she ended her relationship with Ben. Humphrey said he was there to make sure "things didn't get out of hand." Humphrey said when they got out of the car, Lynlee Renick tried handing him a gun, which he pushed away. Humphrey said he did not see the gun after that. Investigators have not recovered a weapon they believe was used in the shooting.

Humphrey said he and Lynlee met Ben at his snake barn, where the breeder kept thousands of his pythons and anacondas that made him a renowned and soon-to-be-wealthy businessman. Humphrey said it was only 10 seconds after they walked into the barn that he heard the first gunshot. He ran out of the building back toward the car, according to his interview.

"I didn't know what was going to happen at all," Humphrey said.

Shaw testified before that she and Lynlee Renick tried recruiting Humphrey to kill Ben. The two women previously tried to kill Ben by crushing up a dozen Percocets and placing them in a protein shake. Shaw reached a deal with prosecutors to cooperate in exchange for immunity from charges.

Prosecutors pointed out in opening statements that Humphrey's story on his involvement changed as investigators spoke with him. He first told the highway patrol he had car trouble the day of Ben's death and did not meet with Lynlee.

COLUMBIA, Mo. (KMIZ) An 18-year-old accused of shooting and killing a man in northeast Columbia on Monday night says he didn't know the gun was loaded. Shawn Long admitted to police in an interview on Tuesday that he picked up the gun and pointed it at Roberto Lauer, 18, in a "playful manner" before it The post Columbia homicide suspect claims he didn’t know gun was loaded; pleads not guilty appeared first on ABC17NEWS.
COLUMBIA, MO・23 HOURS AGO
KMIZ ABC 17 News

An Illinois man is facing multiple charges after he allegedly fired a gun in an apartment and the bullet went into another apartment with four people in it. The post Illinois man charged after bullet goes through a wall at an apartment in Jefferson City appeared first on ABC17NEWS.
JEFFERSON CITY, MO・1 DAY AGO
KMIZ ABC 17 News

One arrested in shooting death of teen in northeast Columbia

An ABC 17 News crew on scene reports crime scene tape is up in front of a house. The post One arrested in shooting death of teen in northeast Columbia appeared first on ABC17NEWS.
COLUMBIA, MO・2 DAYS AGO
KMIZ ABC 17 News

The Moberly Police Department has released the name of a pedestrian killed in a crash over the weekend. Police say Frank J. Applegate, 68, of Moberly died Saturday at a hospital after he was hit by a pickup truck. According to the police department, the crash happened around 12:40 p.m. in a private parking lot at 1800 East Outer Road.
MOBERLY, MO・1 DAY AGO

CALLAWAY COUNTY, Mo. (KMIZ) A Montgomery City man was hurt on Monday afternoon after a crash on Interstate 70 in Callaway County. The crash happened around 2 p.m. east of Kingdom City. According to the Missouri State Highway Patrol, Gary L. Keeton II, 32, was driving eastbound on I-70 when he drove off of the The post Man treated for serious injuries after crash on Interstate 70 in Callaway County appeared first on ABC17NEWS.
CALLAWAY COUNTY, MO・1 DAY AGO
KMIZ ABC 17 News

Check back for updates related to the COVID-19 pandemic in Missouri. The post TUESDAY UPDATES: Southern Boone no longer requiring masks in any circumstance appeared first on ABC17NEWS.
BOONE COUNTY, MO・1 DAY AGO
KMIZ ABC 17 News

The University of Missouri has opened an investigation into a former official over alleged financial mismanagement in the College of Engineering. The post MU opens investigation into former financial officer appeared first on ABC17NEWS.
COLUMBIA, MO・1 DAY AGO
KMIZ ABC 17 News

JEFFERSON CITY, Mo. (KMIZ) A federal judge has sentenced a Loose Creek, Mo., man for illegally possessing meth and a firearm. Leif Christopher Haslag, 39, was sentenced to 15 years in federal prison without parole. On July 1, 2021, Haslag pleaded guilty to one count of possessing meth with the intent to distribute and one The post Osage County man sentenced to 15 Years for meth trafficking, illegal firearm appeared first on ABC17NEWS.
OSAGE COUNTY, MO・6 DAYS AGO
KMIZ ABC 17 News

A Randolph County prosecutor has charged a Moberly man after he allegedly stabbed a woman, kept her against her will and threatened her life. The post Moberly man charged with multiple crimes after domestic disturbance Thursday appeared first on ABC17NEWS.
MOBERLY, MO・6 DAYS AGO