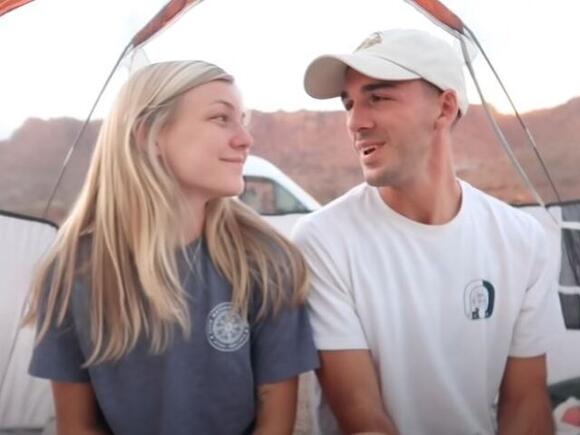 The confirmation comes a day after the FBI announced the discovery of remains at the Myakkahatchee Creek Environmental Park Wednesday afternoon. The human remains were found in the same area where belongings of Brian Laundrie were found on Tuesday.

According to the FBI, Laundrie's notebook and backpack were found in an area that was previously covered by water. The Laundrie family attorney confirmed the items were found Tuesday morning at the Myakkahatchee Creek Environmental Park near a trail that he frequented.

The medical examiner's office in Sarasota was called to the preserve Wednesday afternoon, the office confirmed to ABC Action News.

Forensics will investigate the human remains, however, it could take a while before they are identified, the FBI said. It is unknown if those remains are Laundries, the FBI added.

It's a confirmation that retired FBI Tampa Special Agent Brian Kensel says may be coming soon. He tells ABC Action News that the presence of the Special Agent in Charge, Michael McPherson, at Wednesday's press conference is telling.

"That, within the FBI is unusual unless it's a major development. And that alone tells me that the belief is within law enforcement is that they've found Brian Laundrie," he said.

That said, true confirmation of that will take time. Kensel says it all depends on if the remains are human and what condition they were found in.

"Depending on what portions of a body were found will determine how you'll make an identification," he said.

In the meantime, portions of the Myakkahatchee Creek Environmental Park and Carlton Reserve will remain closed to the public as officials continue their investigation.

The lawyer Steven Bertolino released the following statement on Wednesday:

"Chris and Roberta Laundrie went to the Myakkahatchee Creek Environmental Park this morning to search for Brian. The FBI and NPPD were informed last night of Brian’s parents’ intentions and they met Chris and Roberta there this morning. After a brief search off a trail that Brian frequented some articles belonging to Brian were found. As of now law enforcement is conducting a more thorough investigation of that area."

The search for Laundrie has been ongoing for more than a month. A federal arrest warrant was issued for Laundrie by U.S. District Court of Wyoming in September following the death of his fiance Gabby Petito.

The warrant was for violation of the federal statute "use of unauthorized access devices."

Laundrie and Petito were on a cross-country trip over the summer when he returned to his parent's North Port home, where they both lived, without her. Petito was reported missing on September 11 and her body was found in Wyoming's Bridger-Teton on Sunday, September 19. The body was confirmed to be that of Petito on September 21.

The Teton County Coroner Dr. Brent Blue announced on October 11 that her cause of death was manual strangulation/throttling and ruled the manner of death a homicide.

Bertolino said he had no comment when asked about the medical examiner's office being called to the park.

Story developing, refresh for updates. Stay with ABC Action News for the latest.

if it is his remains .. I would hope everybody would stop harassing his parents no matter what it was still their son

A Lutz man accused of killing a woman and dumping her body parts into McKay Bay will stay in custody. That's after a judge's ruling earlier today.
TAMPA, FL・1 DAY AGO
ABC Action News WFTS

The family of a 14-year-old Tampa girl hopes the public can help bring her home. They said the last five days have dragged on.
TAMPA, FL・1 HOUR AGO
ABC Action News WFTS

For Ellen Snelling, it’s still so surreal. In 2016, she got the unexpected phone call no one ever wants. Her brother died of a drug overdose in Miami.
HILLSBOROUGH COUNTY, FL・2 DAYS AGO
ABC Action News WFTS

Neglected senior dog on the mend after abandoned at airport

A neglected senior dog is now on the mend after it was abandoned at Tampa International Airport this week when the owner didn’t have the right paperwork to bring it on a flight.
TAMPA, FL・22 HOURS AGO

Residential evictions continue to increase in Tampa Bay, but some of these evictions are happening while residents are waiting for emergency rental assistance from programs like OUR Florida.
FLORIDA STATE・2 DAYS AGO
ABC Action News WFTS

Hillsborough County Fire Rescue says they are still investigating what started the fire in an upstairs unit of a Tampa apartment complex.
TAMPA, FL・3 DAYS AGO

A pedestrian was killed early Monday morning in a deputy-involved crash in Largo, according to the Pinellas County Sheriff's Office.
LARGO, FL・4 DAYS AGO
ABC Action News WFTS

A Hernando Sheriff deputy and a K-9 were in a serious accident at Cortez and Jasmine Friday night.
HERNANDO COUNTY, FL・6 DAYS AGO