Stock Watch: If SpaceX Could Make Elon Musk a Trillionaire Should You Invest? 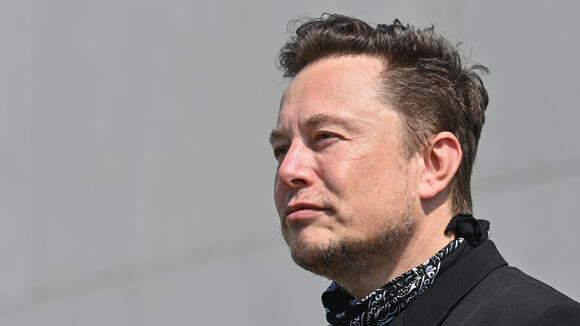 Ahead of Tesla’s earnings later today, Morgan Stanley analysts say that Elon Musk will become a trillionaire . But it will be thanks to his other company, SpaceX.

The private space exploration company “is challenging any preconceived notion of what was possible and the time frame possible, in terms of rockets, launch vehicles and supporting infrastructure,” Morgan Stanley’s Adam Jonas wrote Tuesday in a note titled, “SpaceX Escape Velocity … Who Can Catch Them?” Bloomberg reports.

Musk is the richest person on the planet, with a net worth of $241.4 billion according to the Bloomberg Billionaires Index. SpaceX currently makes up less than 17% of his net worth, and that’s after the company was valued at $100 billion in a secondary share sale earlier this month.

Jonas has a $200 billion valuation for SpaceX. However, he views it as multiple companies in one, encompassing space infrastructure, Earth observation, deep-space exploration and other industries. Its Starlink satellite communications business is the biggest contributor to his valuation estimate, according to Bloomberg.

Earlier this month, as GOBankingRates reported, SpaceX has an agreement with new and existing investors to sell up to $755 million in stock from insiders at $560 a share, CNBC reported, citing multiple people familiar with the deal — which increased the company’s valuation to $100.3 billion. The company did not raise new capital at this time, sources said, with the purchase offer representing a secondary sale of existing shares, according to CNBC. The new share price is a 33% increase from SpaceX’s last valuation of $74 billion at $419.99 a share in February when the company raised nearly $1.2 billion.

The company had a similar secondary transaction in February, with a deal for insiders to sell up to $750 million at the time.

This new valuation makes Musk’s SpaceX the second most valuable private company in the world, according to CB Insights, behind only China’s Bytedance and jumping past fintech firm Stripe, CNBC reports.

See: Elon Musk Launches Dogecoin Knockoff Flokinomics — Should You Buy?
Find: 10 Productivity Tips From Elon Musk That Can Put You on the Road to Success

This article originally appeared on GOBankingRates.com : Stock Watch: If SpaceX Could Make Elon Musk a Trillionaire Should You Invest?

It’s important to know what you’re getting into before you invest in cryptocurrency. Here's what you need to consider before buying into these top eight picks.
STOCKS・2 DAYS AGO
GOBankingRates

Just How Rich Are Elon Musk, Donald Trump and These Other Big Names?

What do Jeff Bezos, Donald Trump and Oprah Winfrey have in common? They're all really, really rich. But do you know their actual net worths? Don't Sink The Ship: 28 CEOs That Have Saved or Sunk Major...
POTUS・9 HOURS AGO
GOBankingRates

As Traditional and Luxury Brands Gravitate Toward the Metaverse, How Can You Invest in Their Potential?

The metaverse is everywhere since Facebook's Meta name change last month. Now, the concept is becoming more mainstream, as several big-name traditional companies including Nike and Microsoft are...
TECHNOLOGY・1 DAY AGO
ABC13 Houston

Tesla CEO Elon Musk disclosed Tuesday that he sold another 934,091 shares of the electric vehicle maker, worth some $1.05 billion, bringing his total selling spree this month to nearly $10 billion worth of Tesla stock. Musk — the wealthiest man in the world, worth some $300 billion — made...
STOCKS・3 DAYS AGO
Benzinga

Elon Musk and musician Grimes welcomed their son in May 2020. Now a one year old, X Æ A-Xii made an appearance in a. meeting earlier this week. X Æ A-Xii was sitting on his father's lap and waved his arms and said "hi" to others in the meeting before he was tearfully taken out of the room.
ECONOMY・4 DAYS AGO
Parents Magazine

The SpaceX founder, 50, gave a virtual presentation on Wednesday with his son X AE A-Xii, 18 months, making a rare public appearance by sitting on his lap. Musk shared an update on Starship — a fully reusable spacecraft — while speaking at the National Academy of Sciences, Engineering and Medicine, but it was baby X who stole the spotlight with his charismatic personality.
AEROSPACE & DEFENSE・5 DAYS AGO

Elon Musk's SpaceX has started hiring techies in India for its internet project Starlink. The. led firm is now looking for senior level executives as well as entry level IT professionals in India to expand the operations and prepare. Starlink. for internet services across the country. As of now, there...
BUSINESS・5 DAYS AGO
The New Yorker

Elon Musk and the Dangers of Another Stock Bubble

In the summer of 1998, I called up Paul Samuelson, the dean of twentieth-century American economics, and asked him what he thought about the U.S. stock market, which had already risen sharply in what subsequently became known as the dot-com bubble. “I define a bubble as a situation in which the level of stock prices is high, and the rate of growth of stock prices is high, because of a self-fulfilling prophecy in which people believe the market is going to go up,” Samuelson said. “On that basis, I have to think there has been an element of a bubble in the market for at least two years, possibly longer.” I then asked Samuelson, an eminent M.I.T. professor who died in 2009, how long he thought that bubble would last. “We have absolutely no theory of the duration of bubbles,” he replied, with a cackle. “Anything that is durable for ‘n’ periods can continue for twice as long.”
STOCKS・5 DAYS AGO
Popculture

Elon Musk brought his son X AE A-Xii to a Zoom presentation on Wednesday, and the youngster practically stole the show. Musk spoke virtually to the National Academy of Sciences, Engineering and Medicine about his company SpaceX and its progress on creating a fully reusable spacecraft. However, he knew when to let his 18-month-old son take the reigns.
AEROSPACE & DEFENSE・6 DAYS AGO
enplugged.com

Elon Musk will give a SpaceX Starship update today and you can watch it live – Space.com

You can tune in for the 30-minute update today (Nov. 17) at 6 p.m. EST (2300 GMT). Elon Musk, the billionaire founder of SpaceX, will give an update on his company’s progress on its huge new Starship rocket and you can watch it live online. Musk will discuss the SpaceX...
AEROSPACE & DEFENSE・8 DAYS AGO

Investing in Penny Stocks? 3 That Could Be Worth Watching Right Now

3 Penny Stocks to Add to Your End of November Watchlist. While we still have a few weeks left of trading penny stocks in November, investors are eager to see a hopefully bullish end to the month. But, to benefit and potentially make money with penny stocks, traders need to have a thorough understanding of what is going on in the stock market. In addition to considering what events are occurring, having a trading strategy will help you to deduce how to make money with those events.
STOCKS・8 DAYS AGO
Benzinga

Tesla Inc (NASDAQ: TSLA) CEO Elon Musk said on Wednesday SpaceX plans to fly its fully reusable, biggest rocket Starship to orbit in January. What Happened: SpaceX’s first attempt to launch the Starship in orbit would be followed by many more such flights throughout the year, Musk said at a live streamed event conducted jointly by the Space Studies Board and Board on Physics and Astronomy.
AEROSPACE & DEFENSE・9 DAYS AGO
Daily Mail

SpaceX could send Starship into orbit in JANUARY: Elon Musk says he is 'comfortable' the $216 million ultra-super-heavy rocket will launch at the start of 2022

SpaceX is planning to send its Starship rocket into orbit in January next year from its Boca Chica, Texas site, according to the firm's billionaire boss Elon Musk. Musk, speaking during an online meeting on Wednesday held by the US government's National Academies, revealed he's 'comfortable' with the ambitious timeframe, but he's not betting on success for that first test flight.
AEROSPACE & DEFENSE・9 DAYS AGO
expressnews.com

Elon Musk, founder and CEO of SpaceX, said he expects to launch the Starship spacecraft into orbit for the first time in early 2022, pending federal approvals expected late next month. The privately held spacecraft company is set to complete a launch pad and tower at its Starbase development center...
AEROSPACE & DEFENSE・9 DAYS AGO

SpaceX boss Elon Musk has said he expects the first orbital flight of the company’s next-generation Starship rocket will take place in January 2022 or a short while later. Musk revealed the targeted launch date at a joint meeting of the National Academies of Science Space Studies Board and the Board on Physics and Astronomy on Wednesday, November 17.
AEROSPACE & DEFENSE・10 DAYS AGO
Benzinga

Elon Musk, CEO at Tesla (NASDAQ: TSLA), made a large insider sell on November 16, according to a new SEC filing. What Happened: A Form 4 filing from the U.S. Securities and Exchange Commission on Tuesday showed that Musk. Elon Musk, CEO at Tesla (NASDAQ:TSLA), made a large insider sell...
MARKETS・10 DAYS AGO