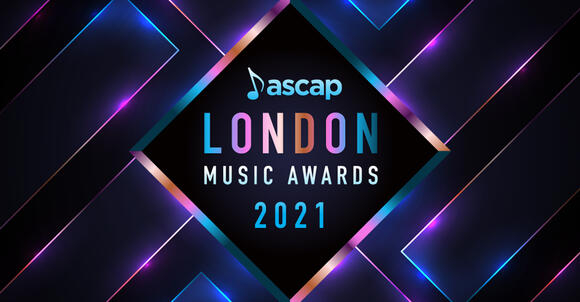 Lewis Capaldi led the 2021 ASCAP London Music Awards with four honors for his songwriting, including a top trophy for songwriter of the year, the performing rights organization announced Tuesday. The plaudits came as a result of the American success of two singles — “Someone You Loved,” which was also named song of the year and top streaming song, and “Before You Go,” which was cited as a Winning Hot 100 song.

The ASCAP London Awards, which go to U.K. songwriters based on their play in the U.S., are being revealed in an online rollout yesterday and today in lieu of the annual in-person gala.

Pete Glenister was a double winner for his work as co-writer of the Black Eyed Peas/J Balvin hit “RITMO,” which picked up top hot dance/electronic song as well as a Winning Hot 100 award.

Also picking up multiple plaudits were the co-writing team MNEK, Neave Applebaum, Robert Harvey, Lewis Thompson and Leo Kalyan, responsible for MNEK’s own “Head & Heart,” a No. 1 song in the U.K.

On the film front, Daniel Pemberton won top box office film for having scored “Birds of Prey.” Other awards in the top box office film category went to Christopher Benstead for “The Gentlemen,” Isobel Waller-Bridge and David Schweitzer for “Emma,”  Andrew Lloyd-Webber for the “Cats” feature film, Natalie Holt for “Infidel” and Devonté Hynes for “Queen & Slim” (which, with its success spanning eligibility periods, also got an award in the same division last year).

In TV, top cable series went to Maurizio Malagnini and Peter Salem for the “Call the Midwife,” top network series was awarded to composers Dan McGrath and Josh Philips for “Dancing With the Stars,” and top streaming series & film awards went to Martin Phipps for “The Crown,” to “Little Fires Everywhere” scorer Isabella the Machine Summers, and to Rob Lord for “Troop Zero.”

Other pop winners included Steve Mac, one of the U.K.’s most successful tunesmiths, with a hot dance/electronic song award alongside Bastille’s Dan Smith for “Happier,”  recorded by Marshmello featuring Bastille.

For the full list of 2021 ASCAP London Music Awards winners, go to www.ascap.com/londonawards21 .

Avril Lavigne Presents Olivia Rodrigo With Variety Hitmakers’ Songwriter of the Year Award: ‘Her Songs Are Her Truth’

Olivia Rodrigo, who rose to stardom after the success of her debut single “Drivers License” topped the charts in January, was honored with Variety’s Songwriter of the Year award at this year’s Hitmakers event on Saturday. Avril Lavigne presented Rodrigo with the award, introducing the artist by saying, “This year we were introduced to a new artist whose debut album marked a major return for rock-and-roll on the charts.” “From ‘Driver’s License’ to ‘Good 4 You’ to ‘Deja Vu,’ Olivia’s singles from her album ‘Sour’ are part of the collective psyche of 2021, and she wrote every single one of them,” Lavigne...
MUSIC・1 DAY AGO
Variety

“Doctor Who” star Peter Capaldi and Raindance founder Elliot Grove have been honored at the first ever British Short Film Awards. Capaldi was given the Icon Award while Grove was handed the Impact Award The British Short Film Awards, in partnership with the HearArt Project, were hosted by presenter Alex Zane on Friday evening. The event streamed on YouTube due to pandemic restrictions. The jury, who deliberated across 35 categories, were made up of Aimee Lou Wood (“Sex Education”), Samuel Adewumni (“The Last Tree”), Tom Rhys Harries (“White Lines”) and Elizabeth Lail (“You”) as well as Oscar-winning patron Rachel Shenton (“The Silent Child”). Awards...
MOVIES・2 DAYS AGO
Variety

Lil Nas X was honored with Variety’s Innovator award at this year’s Hitmakers event on Saturday. Singer Chloe Bailey presented the award after introducing the artist behind “Industry Baby” and “Montero.” “There could not be a more appropriate honor for Lil Nas X. He has embodied the spirit of courage while also representing the culture authentically and beautifully. Maybe once in a generation an artist comes along and literally changes the world for the better,” Bailey said. “By being exactly who he is and commanding attention, by creating a universe that is both undeniable and exceptionally entertaining, he’s kicked in the...
CELEBRITIES・1 DAY AGO
Reuters

BTS named artist of the year at 2021 American Music Awards

For its third annual Apple Music Awards, the streaming platform has awarded The Weeknd with one of its highest honors: Global Artist of the Year. Of the award, the Toronto-bred crooner expressed in a statement, “I’m so grateful for this huge honour and want to thank Apple for all its support, not only for my work but also for great music by newer artists, where it matters so much for creators to be found and supported.” With more than a million pre-adds, his fourth studio album, After Hours, became the most pre-added album of all time by a male artist on Apple Music....
MUSIC・3 DAYS AGO
Daily Mail

Lewis Capaldi earned £1.4million in 2020 despite cancelling tour due to pandemic and splurged on '£1.6million' luxury home

Lewis Capaldi earned an impressive £1.4million in 2020 despite cancelling his tour due to the coronavirus pandemic. The singer, 25, made use of his earnings as he purchased a £1.6million luxury pad in September last year. Figures on Companies House show the hitmaker's companies Face Like Thunder and Face Like...
CELEBRITIES・10 DAYS AGO
Cleveland.com

2021 American Music Awards: They wore that? Fashions and photos from the red carpet

NEW YORK (AP) — Stars are arriving for the American Music Awards, displaying their fashion sense prior to the big show. Olivia Rodrigo could turn her album “Sour” into something very sweet at the American Music Awards on Sunday, entering the night as the leading nominee with nods for artist of the year and new artist of the year.
MUSIC・14 DAYS AGO
celebrityaccess.com

(CelebrityAccess) — Vancouver-based hitmaker Dallas Smith was named the Entertainer of the Year at the 2021 Canadian Country Music Awards on Monday night. Smith, who released not one but two #1 singles in 2020, also picked up trophies for Single of the Year for his hit “Like A Man” as well as Male Artist of the Year.
MUSIC・5 DAYS AGO

The Guinness World Records organization, which hands out awards for record-setting human achievements, is close to awarding Oli London's cover music video of BTS' "Butter" an award after it overtakes K-Pop girl super group TWICE as he most disliked K-Pop video in Youtube History. Oli London's cover of "Butter," which...
TV SHOWS・4 DAYS AGO
editorials24.com

Jay Jay Phillips, a rock musician who competed on “America’s Got Talent” in 2009 and 2017, has died. He was 30. The big-haired musician died from COVID-19, which he was battling over Thanksgiving week. The Instagram account of Phillips’ band posted a tribute to the keyboardist earlier this week.
PUBLIC HEALTH・2 DAYS AGO
Parade

Who is Janet Jackson’s Son? Meet the Light of Her Life, Eissa Al Mana

Janet Jackson is a showbiz icon who’s known for setting records and upsetting expectations. The Grammy Award winner from the legendary musical family has done so time and again, whether she’s being named the first-ever artist to generate seven top 5 hits off the same album (as she did in 1989 with Rhythm Nation 1814), delivering a much-raved-about performance on film (in the 1993 drama Poetic Justice) or becoming one of the few Black women to ever be inducted into the Rock and Roll Hall of Fame (like she was in 2019). But Jackson may have surprised her fans the most when she revealed in 2016 that she was pregnant at 50 years young.
MUSIC・17 DAYS AGO
PopSugar

Halle Berry and Cardi B came out swinging when they executive-produced the soundtrack for Netflix's Bruised. Berry is set to star in the upcoming MMA fighter film, where she'll make her directorial debut. To match the intense girl-power energy of Bruised, Berry enlisted Cardi B's rap expertise to help advise on the soundtrack — the first-ever all-women hip-hop soundtrack, to be exact.
MUSIC・16 DAYS AGO

Taylor Swift delivered a burn so hot it could fry an egg. The singer, appearing on Late Night to discuss her new re-recording of Red and the 10-minute version of "All Too Well," was asked about the people she wrote songs about. "I wonder if there are people who might...
CELEBRITIES・23 DAYS AGO
HOLAUSA

Taylor Swift is looking back at her past romance with Jake Gyllenhaal, giving fans an extended version of ‘All Too Well’ from her album ‘Red (Taylor’s Version), hinting at the real reason for their breakup. This is not the first time Taylor revisits a past love, as...
CELEBRITIES・23 DAYS AGO
HollywoodLife

For the first time, Tom Holland spoke at-length about his romantic relationship with Zendaya in a new interview with ‘GQ.’. Four months after Tom Holland and Zendaya went public with their relationship, the actor is opening up about the romance in an interview with GQ magazine. “One of the downsides of our fame is that privacy isn’t really in our control anymore, and a moment that you think is between two people that love each other very much is now a moment that is shared with the entire world,” Tom explained. The actor was referring to photos that surfaced of him and Zendaya kissing at the beginning of July 2021, leading to a collective freakout amongst their fans about the status of their relationship.
BEAUTY & FASHION・18 DAYS AGO
newschain

Cardi B lands her ‘dream’ job with Playboy

Cardi B has described being appointed Playboy’s first ever Creative Director in Residence a “dream come true”. The rapper, 29, shared the news on Instagram alonside a collage image of her sporting a large and very blinging Playboy bunny chain. Writing about her new job to her 116m followers, she...
BEAUTY & FASHION・2 DAYS AGO
E! News

Watch: Taylor Swift Teases New Short Film for "All Too Well" Another album, another batch of Easter eggs. Taylor Swift released Red (Taylor's Version) on Friday, Nov. 12, and fans are diligently combing through the lyrics for hints as to who she's singing about. Swifties have long suspected that the...
CELEBRITIES・23 DAYS AGO
thatgrapejuice.net

The American Music Awards 2021 are but a day away and the performer line-up has just received a seismic boost. Because Chloey Bailey has been confirmed to blaze the stage. Organizers for the event announced that the rising solo star will deliver a dynamic rendition of her break-out hit ‘Have Mercy’ live from the Xfinity stage.
CELEBRITIES・15 DAYS AGO
Essence

It was also the singer’s first time performing at the American Music Awards. On Sunday evening, Chlöe sizzled at the AMAs with a top-notch performance of her first solo single, “Have Mercy”. The 23-year-old blended her ethereal yet powerful vocals with an energetic and athletic choreography. Once again, she proved her versatility and talent as a performer.
CELEBRITIES・13 DAYS AGO
E! News

Watch: Necessary Realness: BTS & Megan Thee Stallion FINALLY Together. Megan Thee Stallion announced that she's no longer performing at the 2021 American Music Awards on Sunday, Nov. 21. The award-winning rapper, who was scheduled to hit the stage with BTS to perform their hit track, "Butter," shared the news on Saturday, Nov. 20.
MUSIC・15 DAYS AGO