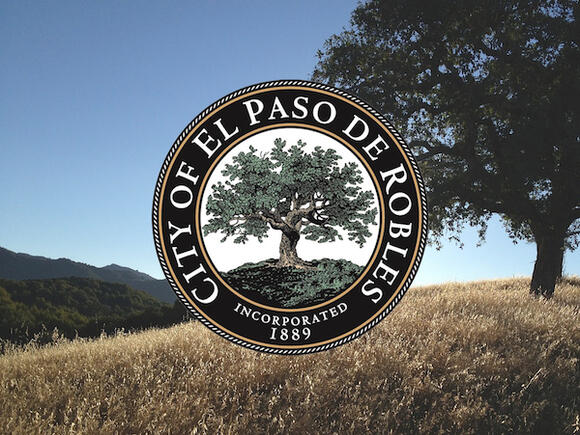 – Tuesday night, Paso Robles City Council approved zoning for tattoo parlors. Community Development Director Warren Frace outlined an urgency ordinance. He said if the council did not provide zoning for the tattoo parlors, they may be facing a lawsuit. The urgency ordinance allows tattoo operations in C-3 and RC zones in the city. The city had first moved to lift the ban on tattoo parlors in January 2020. Previously, tattoo businesses were banned in the city since 1994.

The council also learned parklets will continue operating in downtown Paso Robles for another 90 days. In his management report, City Manager Ty Lewis said he is extending the parklets deployment in downtown Paso Robles until Jan. 31. Regardless, Lewis says about nine parklets will be folding on Nov. 1. He said the parklets are being supported by money allocated by the council to help businesses through the COVID shutdown and its related restrictions.

The city council also voted to direct staff to develop a new extension for the operation of short-term vacation rentals in the city. Council members John Hamon and Steve Gregory recused themselves because of their involvement in the short-term vacation rental industry. The three remaining council members voted 3-0 to direct staff to develop an extension on their permit to operate.

The meeting can be viewed in its entirety here.

Ortiz-Legg, IBEW Local 639, and Labor Management Cooperative Committee will match donations to the SLO Food Bank, dollar for dollar up to $20,000. – This year, San Luis Obispo County Supervisor Dawn Ortiz-Legg joins the members of the International Brotherhood of Electrical Workers (IBEW), Local 639, and the Labor Management Cooperative Committee – which is comprised of local businesses – to ask for the community’s assistance in raising essential funds to strengthen the SLO Food Bank’s hunger relief network and further this mission to help as many children, seniors and adults as possible.
SAN LUIS OBISPO COUNTY, CA・5 DAYS AGO
Paso Robles Daily News

Looking Back to 1950: Paso Robles schools ask for tax hike

Posted: 6:51 am, November 19, 2021 by Reporter Jackie Iddings. Increased Attendance of Students, Due to Growth of City, Brings Need for More Classrooms to Accommodate Children, Superintendent Tells Board. Taxpayers of the Paso Robles high and elementary school districts will be asked to vote an additional levy for building...
PASO ROBLES, CA・7 DAYS AGO
Paso Robles Daily News

Throop previously served as Paso Robles’ director of administrative services. –On Tuesday, the Cupertino City Council unanimously appointed Jim Throop as the new Cupertino city manager. The city, in the center of Silicon Valley and home to Apple, has a population of 60,000 people. Throop’s first day with the City...
PASO ROBLES, CA・9 DAYS AGO

– Wednesday night I attended the first major event staged by the Paso Robles Diversity Panel. The Town Unity Workshop was held in Bearcat Hall on the Paso Robles High School campus. More than 70 local residents of all ages and walks of life filled discussion tables to share thoughts about our city’s strengths and weaknesses and explore ideas for future activities to promote community unity. I was pleased to join Paso Robles School Superintendent Curt Dubost in welcoming the group and inviting all to listen carefully and non-judgmentally then contribute thoughtfully to the discussion even if that discussion became uncomfortable.
PASO ROBLES, CA・7 DAYS AGO
Paso Robles Daily News

Court ruled that air district board adopted an agreement in ‘closed session’ out of view of the public and without public input. – This week, the San Luis Obispo County Superior Court ordered the San Luis Obispo County Air Pollution Control District to pay the Friends of The Oceano Dunes $118,000 dollars in attorney’s fees and $3,241.50 for costs incurred by organization in its successful lawsuit voiding a dust control agreement between the district and the California Department of Parks and Recreation.
SAN LUIS OBISPO COUNTY, CA・9 DAYS AGO
Paso Robles Daily News

–The City of Paso Robles has announced the appointment of a new Assistant City Manager, Chris Huot (Hue-Ott), effective Jan. 3, 2022. Huot was selected after a competitive nationwide recruitment process. Over the past six months, the city’s recruiting firm led a rigorous recruitment and selection process. Over 40 applications...
PASO ROBLES, CA・11 DAYS AGO

Commentary on county clerk overcharging Lucia Mar and Paso Robles school districts. –The evil of the poll tax was that it stifled a voter’s ability to vote. The San Luis Obispo County Clerk’s practice of overcharging school districts to subsidize the county in an election that the clerk is already conducting for federal, state and county is just such a tax. It represses voter control of the most basic local school that teaches and protects their children and grandchildren.
SAN LUIS OBISPO COUNTY, CA・10 DAYS AGO
Paso Robles Daily News

$13.5 million project completed on time and on budget. – The San Luis Obispo County Regional Airport (SBP) and its construction partners have successfully completed the airport’s Runway 11-29 rehabilitation project. The rehabilitation provided a comprehensive upgrade to the SBP main runway and its taxiway connectors, while significant work was completed this project did not expand the runway or change any use of the property. Overall, the project was a multi-year planning effort and a six month construction project that was completed on time and on budget.
SAN LUIS OBISPO COUNTY, CA・13 DAYS AGO