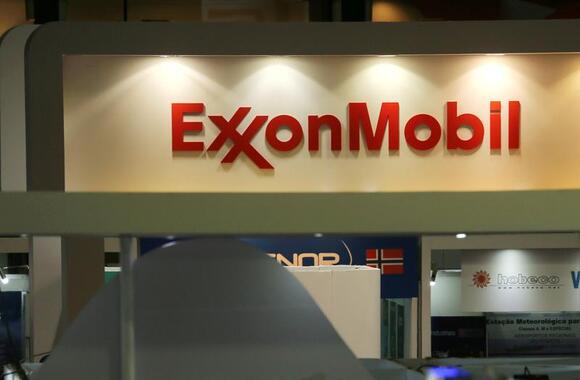 (Reuters) - Exxon Mobil Corp board is debating whether to continue with several major oil and gas projects amid a global push from investors for fossil fuel companies to be more cost-conscious and green-energy friendly, WSJ reported on Wednesday.

Activist investor Engine No. 1 in May shocked the oil-and-gas industry when three of its four nominees were elected to the board by Exxon shareholders, who were frustrated by weak returns and the company’s flagging attention to climate concerns.

The appointment of activist Jeff Ubben in March put a third of the 12-member board in new hands.

The board members expressed concerns about some projects, including a $30 billion liquefied natural gas development in Mozambique and another multibillion-dollar gas project in Vietnam, the WSJ report said, citing people familiar with the matter.

Exxon did not immediately respond to a Reuters request for comment.

The Mozambique and Vietnam projects have been stalled for long periods over local fights as well as sour gas and high costs. No final investment decisions have been taken on these projects.

The talks on projects are taking place as part of a review of Exxon’s five-year spending plan, on which the board is set to vote at the end of this month, WSJ reported.

Exxon is also analyzing the expected carbon emissions from each project and how they would affect its ability to meet pledges to reduce emissions, the report said.

The annual projected emissions from the Mozambique and Vietnam projects were among the highest in Exxon’s planned pipeline of oil and gas projects, according to a pre-pandemic internal analysis by Exxon, which was reviewed by WSJ.

Exxon is also planning to declare in coming weeks that it will raise its investment in a low-carbon unit it announced in February by billions of dollars, the Journal added.

Exxon had in February said it would invest $3 billion through 2025 in a new division that would commercialize its carbon capture and storage, hydrogen, biofuels and other technologies.

KKR said Wednesday it will invest an undisclosed sum to launch Stellar Renewable Power as a new platform company to source, develop and operate utility-scale solar plants and storage facilities, with office in Dallas and India. Stellar Renewable Power will work under KKR's asset-based finance strategy, which has deployed more than $5 billion in 49 investments since 2016. KKR managing director Christopher Mellia said the business will seek out and develop "high-quality solar energy investments that are a strong fit for our long-term capital." Shares of KKR are up 91.9% so far this year, compared to a rise of about 25% by the S&P 500.
ENERGY INDUSTRY・12 HOURS AGO
Reuters

(Reuters) - Magellan Midstream Partners LP is evaluating alternative uses for its Longhorn crude pipeline from Texas’s Permian Basin, including converting it to carry other commodities like natural gas or refined products, the pipeline and storage company said on Wednesday. Pipeline operators’ shipping volumes have dipped due to lower...
ENERGY INDUSTRY・3 HOURS AGO
Reuters

Dec 9 (Reuters) - U.S. oil and gas producer ConocoPhillips (COP.N) will quit Indonesia, selling its assets there for $1.355 billion to domestic energy company Medco Energi Internasional (MEDC.JK), and beef up in Australia as it continues to reshape. The deals follow ConocoPhillips move to double down on U.S. shale...
ENERGY INDUSTRY・1 HOUR AGO

Dec 9 (Reuters) - Australia’s Woodside Petroleum is in discussions for supplying liquefied natural gas (LNG) to an LNG import terminal that Viva Energy plans to build in Victoria state, the two companies said on Thursday. Viva and Woodside have agreed on a framework and timeline to negotiate capacity...
ENERGY INDUSTRY・34 MINUTES AGO
Reuters

HOUSTON, Dec 8 (Reuters) - The shift of motor fuel production to net-zero carbon emissions by mid-century will lead oil refiners to overhaul future projects and spending, said analysts and executives on Wednesday. “The profile of the projects will be changing,” said Ethan Phillips, a partner with consultancy Bain &...
ENERGY INDUSTRY・2 HOURS AGO
Reuters

LONDON, Dec 9 (Reuters) - Britain’s energy market needs quick reforms, regulator Ofgem said on Thursday, flagging it plans to announce changes to the market in the coming weeks. The regulator’s role has come under scrutiny after more than 20 British suppliers went bust over the past few months,...
ENERGY INDUSTRY・30 MINUTES AGO
Reuters

Despite the pandemic, global demand for renewable energy increased in 2020 and 2021. Experts forecast significant growth for this sector -- so where should you invest?
ENERGY INDUSTRY・23 HOURS AGO
The Oklahoman

MANILA, Dec 6 (Reuters) - The life of the Philippines’ Malampaya natural gas field, which had been projected by the government to run dry by 2027, can be extended for several more years, the president of Udenna Corp, which now controls the project, said on Monday. “We are very confident...
ENERGY INDUSTRY・2 DAYS AGO
iheart.com

Tom Petrie has been an advisor on over $250 billion (no, that's not a typo) of energy-related mergers and acquisitions. He joins us to discuss why it seems that American oil and gas companies haven't ramped up exploration and production even as energy prices have increased dramatically from 18 months ago. We'll also discuss international energy issues, including the Nord Stream 2 pipeline and the future of Saudi Arabia in a world that is trying to electrify. Here's Tom's web site: Petrie Partners.
ENERGY INDUSTRY・2 DAYS AGO
oilandgas360.com

(Bloomberg) –In the debate over why U.S. oil producers haven’t added additional supply, the boss of ConocoPhillips lays the blame squarely with the government. An increasingly bitter war of words has developed between the Biden administration, which has called for more production to alleviate high energy prices, and an U.S. oil and gas sector that has kept output relatively flat while criticizing White House regulatory moves.
ENERGY INDUSTRY・1 DAY AGO
investing.com

The OPEC+ cartel finally succumbed to pressure from the United States government and agreed to increase its oil output. This caused oil prices to decline. In addition, a mild weather report has led to a bear market in the natural gas sector. Given this backdrop, we think it might be best to avoid overvalued oil and gas stocks Williams Companies (NYSE:WMB), Coterra (CTRA), and Tellurian (NYSE:TELL). Read on.OPEC and its allies agreed to increase their oil output on December 2, in response to the pressure from the United States and rising demand. The group stuck with its existing plan to increase output in January by 400,000 bpd. The price of Brent crude declined more than a dollar per barrel trade at $70 per barrel following the news.
TRAFFIC・2 DAYS AGO
Houston Chronicle

The chief executives of the two biggest U.S. oil companies said the world will continue to rely on fossil fuels for years to come, even as society shifts toward cleaner forms of energy. Exxon Mobil CEO Darren Woods and Chevron CEO Mike Wirth told thousands of attendees at Monday’s kickoff...
HOUSTON, TX・2 DAYS AGO
ktoo.org

After months of increases and a short plateau, oil prices in Alaska and worldwide have plunged in the last week. A barrel of Alaska North Slope crude was about $71 on Monday, $11 less than the week of Thanksgiving. This is the largest monthly decline in prices since the start...
TRAFFIC・2 DAYS AGO
Fox News

President Biden is the kind of man who deliberately would steer his car into a ditch, crawl from the wreckage, and then probe the ditch for criminal conduct. Such nonsense mirrors Biden’s recent instructions to the Federal Trade Commission to indulge his fanciful conspiracy theory: the U.S. petroleum industry's plots and plans have fueled vertiginous rises in energy prices. Citing "mounting evidence of anti-consumer behavior by oil-and-gas companies," Biden told the FTC to "bring all of the Commission’s tools to bear if you uncover any wrongdoing."
PRESIDENTIAL ELECTION・4 DAYS AGO
naturalgasworld.com

Government says committed to sector after 'commercial' decision. Shell said Dec. 2 it was cancelling its plans for the major Cambo oil project in the UK West of Shetland area following a barrage of criticism including from Scottish leaders, saying the economics of the project were insufficiently strong and it was worried about delays.
ENERGY INDUSTRY・6 DAYS AGO
ICIS Chemical Business

MUMBAI (ICIS)–Russia’s state-owned energy firm Rosneft will supply nearly 2m tonnes of crude oil to Indian Oil Co (IOC) next year. This is among the 28 investment pacts signed between Russia and India on 6 December which also include deals in the petrochemical, gas and fertilizer sectors. Under the Rosneft-IOC...
ENERGY INDUSTRY・7 DAYS AGO