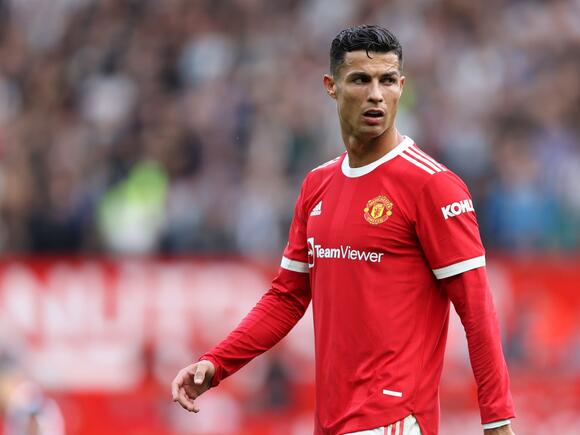 United are need of another win after that dramatic last-gasp goal by Cristiano Ronaldo sunk Villarreal at Old Trafford two weeks ago.

That followed a shock opening defeat at Swiss side Young Boys , and it means Ole Gunnar Solskjaer ’s side sit third after two games.

Atalanta are top of the group after beating Young Boys and a draw against Villarreal, so this promises to be a potentially crucial game in the race for qualification.

If you are already bored of the interminable debate over whether Cristiano Ronaldo is a help or a hindrance to Manchester United, bad news, this is just the beginning. It is not going away any time soon, partly because he is not going away any time soon either. Just as Old Trafford prepares to enter the gegenpressing era and even more attention is paid to what he does off the ball, he keeps winning matches with what he does on it.That might ignore some of the particular nuances in the arguments over Ronaldo’s role in this team, on both sides...
PREMIER LEAGUE・1 DAY AGO
NJ.com

Manchester United, led by forward Cristiano Ronaldo, faces Villarreal in a UEFA Champions League group stage match on Tuesday, November 23, 2021 (11/23/21) at the Estadio de la Cerámica in Villarreal, Spain. Fans can watch the match for free via a trial of Paramount+ or fuboTV (spanish-language feed only). Here’s...
UEFA・10 DAYS AGO
FanSided

Chelsea vs Man United preview: How to watch on TV and live stream

Premier League leader Chelsea welcomes Manchester United to Stamford Bridge on Sunday. The two clubs head into this match in very contrasting form. After an embarrassing 4-1 thrashing at the hands of Watford in its last league outing saw Man United sack manager Ole Gunnar Solskjaer. In the Premier League, the Red Devils have earned four points from a possible 21 in their last seven games. Man United suffered bad defeats to its closest and most fierce rivals, Man City (0-2) and Liverpool (0-5), on their home ground, which led to the managerial casualty. The Red Devils are eighth heading into this match, 12 points behind the leaders and six points off the top four. The Manchester side got back to winning ways against Villarreal midweek in the Champions League to confirm its progression to the knockout rounds. The Red Devils shockingly have had more sackings (four) than trophies (three) since they last won the Premier League.
PREMIER LEAGUE・8 DAYS AGO
NJ.com

Ralf Rangnick is awaiting his work visa following his appointment as Manchester United's interim manager on Monday so Michael Carrick will lead the team into its Premier League game at home to Arsenal
SAN DIEGO, CA・2 DAYS AGO
San Diego Union-Tribune

Ralf Rangnick has been granted a work permit to start his interim tenure as Manchester United manager
SAN DIEGO, CA・1 DAY AGO
The Independent

Ralf Rangnick has not ruled out managing Manchester United beyond the end of the season after finally starting work as the Old Trafford club's new interim manager.Rangnick has signed a six-month contract to succeed Ole Gunnar Solskjaer, after which he will act in a consultancy role for a further two years.Mauricio Pochettino and Erik ten Hag are understood to be among United's leading candidates for the permanent role but Rangnick suggested he may be open to staying on himself.The 63-year-old's most recent stints in coaching were two single seasons with RB Leipzig, switching from his role as sporting director...
PREMIER LEAGUE・21 HOURS AGO
The Independent

Ralf Rangnick has admitted that he “couldn’t possibly turn down” the role of Manchester United’s interim manager, even if he is only in charge until the end of the 2021/22 campaign. “We are talking about six and a half months, so we have only played one third of the games...
PREMIER LEAGUE・18 HOURS AGO

It was on the last Saturday before Christmas back in 1998 that a late-night TV interview is said to have changed the course of German football and the modern game with it. It most certainly changed the course of Ralf Rangnick’s career, propelling him on the long road that would eventually lead to Old Trafford.Conducting the interview was Michael Steinbrecher, a presenter on the late-night ZDF Sportstudio, which first aired in 1963 to coincide with the opening day of the inaugural Bundesliga season. But during his 21 years co-hosting the programme, the intention was to be more than a mere...
PREMIER LEAGUE・21 HOURS AGO
The Guardian

Who will Ralf Rangnick pick? How will his Manchester United set up? How much pressing and structure will the XI have under the so-called “godfather of German foootball”? Tune in at 2pm on Sunday to Old Trafford to find out against a Crystal Palace side who went to the Etihad Stadium earlier this season and handed Manchester City a rare 2-0 lesson before their own fans. Rangnick has cautioned – correctly – that time is needed to fix the ailing United but time is the one commodity even an interim manager of the club is never granted by so many United supporters. Jamie Jackson.
PREMIER LEAGUE・59 MINUTES AGO
Absolute Chelsea

Mason Mount has lauded Chelsea teammate Kai Havertz for being unselfish for the 22-year-old's goal to help Thomas Tuchel's side to all three points against Watford. Havertz assisted Mount in the 29th minute for Chelsea's opener at Vicarage Road on Wednesday night. Marcos Alonso found the German, who could have easily taken a shot at goal, but he found the simpler pass across to Mount who slotted it past Daniel Bachmann in front of the travelling support.
PREMIER LEAGUE・2 DAYS AGO
BBC

Kai Havertz was your man of the match in our Player Rater as Chelsea secured a 2-1 win over Watford to stay top of the Premier League. The German forward provided a clever lay-off for Mason Mount to hit home the Blues' first of the evening.
PREMIER LEAGUE・2 DAYS AGO

Tottenham, led by French goalkeeper Hugo Lloris, faces Leeds United in an English Premier League match on Sunday, November 21, 2021 (11/21/21) at Tottenham Hotspur Stadium in London, England. Fans without cable can watch the match for free via a trial of fuboTV. Here’s what you need to know:. What:...
PREMIER LEAGUE・12 DAYS AGO
The Independent

Xavi Hernandez takes charge of his first match as Barcelona head coach on Saturday night, as he leads his new side into the derby against Espanyol.The Camp Nou club have been in turmoil this year with financial worries, the departure of key players including Lionel Messi and poor on-pitch results, which culminated in Ronald Koeman being sacked before the international break.With Xavi eventually leaving Al Sadd to join the club he represented with such distinction as a player, all eyes will be on how long it takes him to turn around the club’s fortunes as they sit in mid-table in...
UEFA・13 DAYS AGO
The Independent

West Ham will be looking to bounce back from their Premier League defeat to Wolves when they take on Rapid Vienna in the Europa League tonight.David Moyes’ men have already booked their place in the knockout stages with 10 points from their opening four games.Now the West Ham boss will be hoping he can shuffle the pack for their remaining two group games as the fringe players in his squad search for a starting place.The match is set to be played without West Ham fans due to their supporters’ conduct against Genk last time out.Here’s everything you need to know...
UEFA・8 DAYS AGO
NJ.com

Arsenal, led by forward Pierre-Emerick Aubameyang, faces Newcastle United in an English Premier League match on Saturday, November 27, 2021 (11/27/21) at Emirates Stadium in London, England. Fans can watch the match for free via a trial of fuboTV. Here’s what you need to know:. What: English Premier League. Who:...
PREMIER LEAGUE・6 DAYS AGO
CBS Sports

The Champions League continues Wednesday on Paramount+. Sporting CP and Borussia Dortmund will face off at 3 p.m. ET Wednesday, Nov. 24 at Estadio Jose Alvalade on Matchday 5 of the Champions League group stage. Sporting CP collected three points with a 4-0 win over Besiktas in their previous leg. Less fortunate on Matchday 4, Borussia Dortmund lost 3-1 to Ajax three weeks ago. Right now, Sporting CP (six points) is in third place in Group C, while Borussia Dortmund (six points) is in second place in the group behind Ajax (12 points). Recall that only the top two teams in the group will advance to the knockout phase. Whichever team wins is guaranteed second place going into Matchday 6.
UEFA・9 DAYS AGO
The Independent

Palmeiras will look to retain the Copa Libertadores this evening when they take on Flamengo.With last year’s edition of the seismic South American tournament disrupted by the Covid-19 pandemic, the final was delayed until this January, when Palmeiras lifted the trophy for the first time since 1999.Fellow Brazilian club Flamengo, meanwhile, are out to regain the cup. Like Palmeiras, they are two-time winners of the competition, having triumphed in 1981 and 2019.Palmeiras booked their spot in the final by edging past Atletico Mineiro on away goals, while Flamengo saw off Barcelona SC 4-0 across two legs.Here’s everything you need...
SOCCER・7 DAYS AGO
CBS Sports

Current Records: Tottenham Hotspur 6-5-1; Burnley 1-5-6 Burnley lost both of their matches to Tottenham Hotspur last season on scores of 0-1 and 0-4, so they're hoping to turn the tables this season. They are meeting up for their first leg of the season at 9 a.m. ET on Sunday at Turf Moor.
PREMIER LEAGUE・6 DAYS AGO