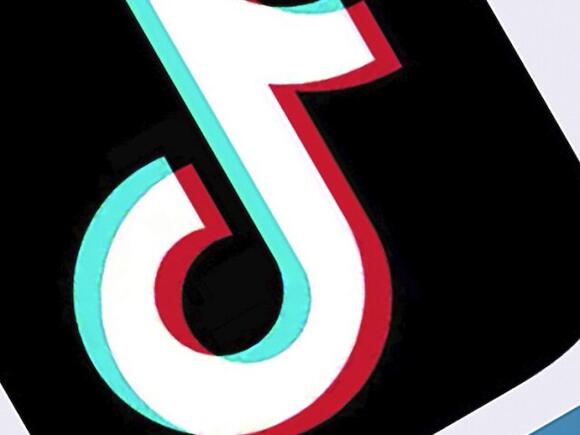 An 18-year-old Louisiana student is being accused of continuing to violently punch a disabled schoolteacher, as part of a viral TikTok challenge.

The Covington Police Department said Larrianna Jackson, a Covington High School student, "viciously attacked" a 64-year-old schoolteacher. Jackson is being charged with Battery of School Teacher, a felony, and was transported to St. Tammany Parish Jail. Police said the teacher was transported to a local hospital due to injuries.

“Officers on scene were also provided a video that captured the entire incident," said police. "In the video, you can see the schoolteacher sitting at her desk where she appears to be talking to Larrianna Jackson. After a moment, Jackson punches the teacher, causing the teacher to fall to the ground. As the teacher fell to the ground, Jackson continues to violently closed fist punch the teacher."

Covington police said they learned later that this assault may have been the result of a viral social media challenge on TikTok.

"The Covington Police Department would like to remind everyone that anyone who participates in such a challenge will be booked accordingly," said the police department. "This matter is still under investigation and more arrests for forthcoming."

Temple police are searching for a suspect involved in a Monday afternoon aggravated robbery.
TEMPLE, TX・1 DAY AGO
25 News KXXV and KRHD

Police arrest man who allegedly fired shots at party he was invited to, injuring one

Copperas Cove police have arrested a man who fired shots at multiple people in a home gathering he was invited to, injuring one man.
COPPERAS COVE, TX・1 DAY AGO
25 News KXXV and KRHD

Authorities in Texas say they are investigating after the deceased bodies of three teenagers were found inside a home.
CROSBY, TX・1 DAY AGO

Harker Heights police are investigating a fatal shooting this afternoon. Police said a victim was at the light on the major intersection when a car with four men came from behind and began firing shots from the back seat.
HARKER HEIGHTS, TX・2 DAYS AGO
25 News KXXV and KRHD

Police have identified the victim of Monday’s shooting at the intersection of access road Central Texas Expressway and Indian Trail. Harker Heights police say Ty Andre Gentle, 19, of Copperas Cove, was ambushed and killed. He died as a result of injuries sustained when he was shot multiple times.
HARKER HEIGHTS, TX・1 DAY AGO
25 News KXXV and KRHD

Rabbi Charlie Cytron-Walker was among those taken hostage at Congregation Beth Israel and is now crediting active shooter training as the reason he and the others survived the horrific ordeal.
TEXAS STATE・2 DAYS AGO

Temple police are searching for a 38-year-old William Curry who was last seen Saturday.
TEMPLE, TX・2 DAYS AGO
25 News KXXV and KRHD

Central Texas authorities have found more than a dozen vehicles submerged in a three-day search of Lake Whitney during a 13-year-old cold case investigation.
BOSQUE COUNTY, TX・2 DAYS AGO
25 News KXXV and KRHD

The man who attempted to rob a Burger King on Capitol Drive the night of a deadly shooting told police his daughter and the girl who was shot and killed were in on the plan, according to a criminal complaint.
MILWAUKEE, WI・5 DAYS AGO
25 News KXXV and KRHD

Meet Maggie, the two-year-old pit bull mix. Back in September, an animal control officer found Maggie in the streets of Bryan, blood flowing down her chest.
BRYAN, TX・5 DAYS AGO

Police in Central Texas are investigating the death of a 2-month-old that occurred Thursday morning.
TEMPLE, TX・6 DAYS AGO
25 News KXXV and KRHD

As an investigation into the disappearance and death of a 55-year old Waco man continues, a Central Texas family is grieving their loss. Rhodes' family described him as a "people person" that "lived life by his own rules."
WACO, TX・5 DAYS AGO
25 News KXXV and KRHD

A 17-year-old Killeen High School student has been safely located, according to her mother on Wednesday.
KILLEEN, TX・7 DAYS AGO
25 News KXXV and KRHD

Temple police are investigating a Wednesday evening shots-fired call. The victim said a man in a gray Ford Focus with tinted windows shot at their vehicle.
TEMPLE, TX・7 DAYS AGO
25 News KXXV and KRHD

A deceased person found on a rural county road has been confirmed to be a missing 55-year-old Waco man who was last seen Sunday.
WACO, TX・6 DAYS AGO
25 News KXXV and KRHD

Police in Texas arrested a 22-year-old man for stalking and allegedly placing a tracker on a victim’s vehicle.
HOUSTON, TX・8 DAYS AGO