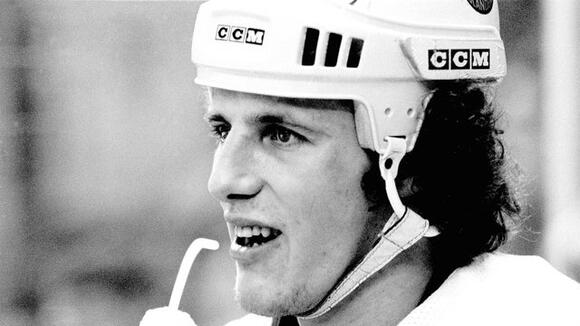 Hall of Fame Islanders legend Mike Bossy has announced that he has lung cancer.

Bossy said in a statement, "I can assure you that I intend to fight with all the determination and all the ardor that you have seen me display on the ice and in my game."

He went on to say “The battle I am about to wage will not be easy. Know that I give it my 100%, nothing less, with the objective of meeting you again soon, after a very eventful hockey game. You will never be very far in my thoughts. On the contrary, you will occupy a privileged place and you will be one of my motivations to get better.” 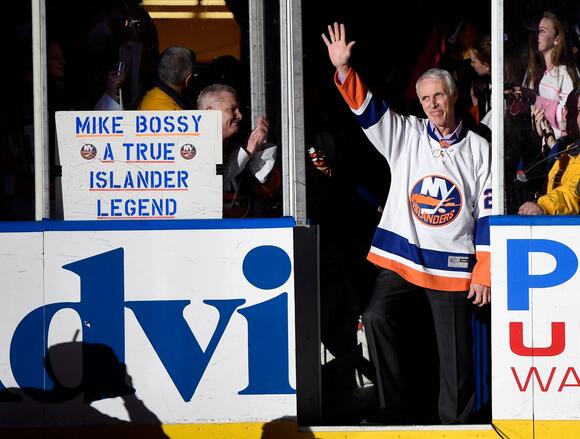 Hockey Hall of Famer Mike Bossy waves to fans as he is introduced before a 2015 game to drop the ceremonial first puck. (AP Photo/Kathy Kmonicek)

Bossy won four Stanley cups during the Islanders dynasty and is the team's all-time goals leader.

"We are with you," the team tweeted to Bossy.

The Islanders had to postpone two games because of a COVID-19 outbreak, which included eight players.
NHL・2 DAYS AGO
News 12

Are you being contacted by a debt collector? Know your rights. 6 things consumers should know.

Paws & Pals: Dogs up for adoption at Little Shelter Animal Rescue on Dec. 3

In this week's Paws & Pals, Little Shelter Animal Rescue presented four dogs looking for their 'furever' homes. Teddy is a Yorkie mix. He is 10 years old but still has a ton of energy and will want to go anywhere and everywhere with you. Teddy is very friendly, loves people and would be a perfect dog for a first time owner.
PETS・1 DAY AGO
News 12

The New Jersey Devils are the worst team for hockey fan's experience, according to recently released data.
NHL・2 DAYS AGO

The New Jersey Devils had a lot of motivation coming into the day thanks to the return of their best forward and new $64 million dollar man Jack Hughes. Out of the gate, the Devils looked like they were not ready to play again. Things went downhill till later in the third period when they showed more signs of life but it was far too late. Getting behind early is killing this team and they had no answer against a bad team letting four in before anything good happened.
NHL・3 DAYS AGO
bostonhockeynow.com

Boston Bruins winger Brad Marchand has never been one to endear himself to opposing fans. Following another dominating performance over the Vancouver Canucks in a 3-2 win for the Bruins, Marchand put an even bigger target for hate from Canadian fans next time the Bruins travel north of the border.
NHL・5 DAYS AGO
Sportsnet.ca

Guy Lafleur is never sure what's around the next corner. When his cancer treatments aren't quite as draining, the Montreal Canadiens great has energy. And then there are other times when all he wants to do is rest. "I get the immunotherapy the first three weeks, and then the fourth...
HOCKEY・11 DAYS AGO
WOKV

LAS VEGAS — Legendary ESPN college basketball analyst Dick Vitale returned to television Tuesday for his first time since receiving a cancer diagnosis and could not hold back his emotion. In October, Vitale announced he has lymphoma and would undergo six months of chemotherapy. At the time, he said his...
HEALTH・10 DAYS AGO

Center had disk replacement Nov. 12 following trade from Sabres. Jack Eichel is skating less than three weeks after having neck surgery, according to an Instagram post by Brandon Wong Hockey on Thursday. The Vegas Golden Knights center had an artificial disk replacement (ADR) surgery Nov. 12, a procedure that...
NHL・1 DAY AGO
News 12

Police say a suspect is wanted after two men were injured in a subway shooting that started in the Bronx. Officers say a fight aboard the Manhattan-bound 4 train this morning led up to the shooting at the East 125th Street station in Harlem. It is unclear how many people...
BRONX, NY・2 HOURS AGO
News 12

A threat at Manchester Township High School led to the closure of all schools in the district today. An investigation began Wednesday when text messages appeared to show a possible threat at the high school. On Thursday, several new posts led to another investigation. “After conducting those investigations and searches...
MANCHESTER TOWNSHIP, NJ・1 DAY AGO
WEEI Sports Radio

Making his weekly appearance on Merloni & Fauria, NESN Bruins play-by-play voice Jack Edwards ranted about Brad Marchand’s suspension for slew-footing and the NHL’s inconsistency in its punishments.
NHL・1 DAY AGO

Three people are facing charges after police say they stole merchandise from Ulta Beauty in Westport then crashed a car on I-95. Police say it all began at Ulta Beauty on the Post Road East where the three loaded bags full of merchandise and left without paying. Witnesses say they...
WESTPORT, CT・1 DAY AGO
News 12

A Beacon smoke shop is feeling generous after holding its final free joint Friday of the year. Smokers Mecca in Beacon had a lengthy line of folks outside its doors Friday afternoon to pick up a free joint. According to the business owner, the store can't legally sell marijuana in...
BEACON, NY・14 HOURS AGO
News 12

The first case of the omicron variant on Long Island was confirmed out of a lab in Suffolk County. Officials say the 67-year-old woman recently returned from South Africa and her symptoms were mild, including a cough and headache. Gov. Kathy Hochul says there was also a vaccination history, but...
SUFFOLK COUNTY, NY・1 DAY AGO
News 12

Police say two men were stabbed, one fatally, late Thursday night. Davide Giri, a 30-year-old Columbia University student, was stabbed at the corner of 123rd Street and Amsterdam Avenue at around 10:54 p.m. He was pronounced dead at Mt. Sinai-St. Luke’s Hospital. The second victim, a 27-year-old tourist from Italy,...
PUBLIC SAFETY・1 DAY AGO
News 12

One of Long Island's biggest Toys for Tots drive is taking place tomorrow. The massive 'Cruise-Thru' toy collection is happening at John Burns Park in Massapequa from 9 a.m. to 2 p.m. The event is a partnership with the United States Marines, who are working to help families financially affected...
MASSAPEQUA, NY・1 DAY AGO
News 12

Officials say an MS-13 gang associate has pleaded guilty to participating in the 2017 murders of four young men in a Central Islip park. According to court documents, Anderson Sanchez, an associate of the Leeward Locos Salvatruchas clique of La Mara Salvatrucha, also known as the MS-13, pleaded guilty Thursday in court to racketeering charges.
CENTRAL ISLIP, NY・23 HOURS AGO
Sportsnaut