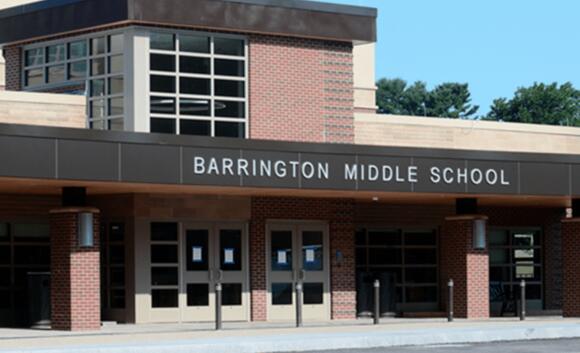 Under Rhode Island law, wage theft violations, regardless of the amount in wages implicated, are misdemeanor crimes.

As alleged in court filings, McCoog and Franklin are accused of failing to pay prevailing overtime wages totaling at least $12,000 to five former employees for asbestos remediation work, which was conducted between June and September 2019 during the construction of Barrington Middle School.

It is alleged that McCoog and Franklin knowingly did not pay their employees for work performed on weekends during that time period and that they filed a false certified payroll document with the Town of Barrington.

McCoog and Franklin are scheduled for a pretrial conference on November 17, 2021, in Sixth Division District Court.

A Rhode Island man has been charged with assaulting law enforcement with a dangerous weapon and other crimes related to the breach of the U.S. Capitol on Jan. 6, which disrupted a joint session of the U.S. Congress that was in the process of ascertaining and counting the electoral votes related to the presidential election.
PROVIDENCE, RI・18 HOURS AGO
Newport Buzz

Governor McKee announces up to $1.7 million in grants to expand internet access for low- and moderate-income Rhode Islanders

Governor Dan McKee announced Tuesday the awarding of up to $1.7 million to support communities across Rhode Island increase internet access for low- and moderate-income households, helping to bridge the digital divide. “Our Administration is committed to boosting internet connection throughout the state,” said Governor Dan McKee. “Today’s awards will...
EAST PROVIDENCE, RI・18 HOURS AGO
Newport Buzz

City of Newport is Seeking Applicants for Charter Review Commission

The City of Newport is seeking applicants to serve on a seven-member Charter Review Commission to help the City refine its municipal Charter. The volunteer commission, which was last assembled in 2013, will be charged with reviewing the City Charter and making recommendations to the Council that would then be voted on by Newport residents at the ballot box.
NEWPORT, RI・13 DAYS AGO
Newport Buzz

City Council President John Igliozzi (Ward 7) today announced the hiring of Parker Gavigan as Director of Communications in the Administration to the Council. Gavigan, an award-winning journalist and 17-year veteran of TV news, most recently served the community as an investigative reporter at Channel 10 WJAR. “I’m thrilled and...
PROVIDENCE, RI・20 DAYS AGO
Newport Buzz

Attorney General Peter F. Neronha announced that the Statewide Grand Jury returned an indictment charging a former staff member at the Yawgoog Scout Reservation with sexually assaulting a male victim under the age of 13 in 1986. On November 3, 2021, the Statewide Grand Jury returned a sealed indictment charging...
WASHINGTON COUNTY, RI・22 DAYS AGO