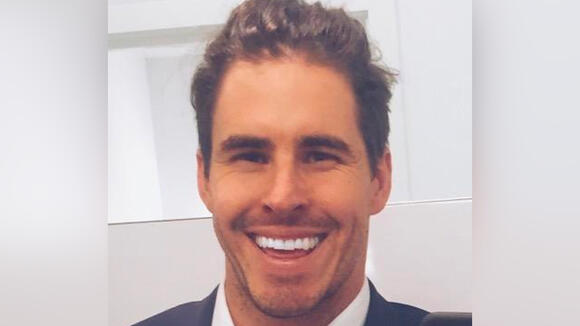 Trevor Jones , a contestant on Millionaire Matchmaker who also appeared on CNBC’s The Profit , has died at 34 years of age, according to his friend and business partner Travis Lubinsky. Lubinsky said Jones died on October 9, “from a sudden Vascular Ehlers Danlos Syndrome event.”

Jones is survived by his wife Cherrie, his father Chris, his sister Kaitlin and his six-month-old daughter, Finley. He and Cherrie married in April 2018 and Finley was born in March 2021, according to Lubinsky, who posted a video of Jones and Finley to Twitter today.

Jones and Lubinsky were partners in a company called Flex watches , which was featured on The Profit . One of their company’s core purposes is to raise money for charitable causes, an effort inspired in part by Jones’ mother’s death. Money is raised through cause-branded watches, with a portion of the proceeds going to a related non-profit. Among the accomplishments of that effort were 45,000 meals served to children in need.

The Profit star Marcus Lemonis took a 40% share of the company for $400,000 at the end of the episode featuring Flex.

The company also had an integration with MTV’s The Real World in season 26. According to Lubinsky, it was dedicated to raising awareness around suicide prevention.

Lubinsky has created a GoFundMe page for Jones’ wife and daughter. On that page he says, “Trevor was the type of person that left a footprint in the world without even trying. He was sincere, generous, funny, and always tried to give back.”

It is surprising how many people suffer from this inherited disease so sorry hope the little girl didn’t inherit the same disease as her father.

Sad passing so young. A friend of mine has this same disease. She's had it for about 15 years now but has married and borne two children!

In the wake of Rust producers being hit with two lawsuits stemming from the fatal shooting of that film’s DP Halyna Hutchins, Variety reports this morning that producer Ryan Donnell Smith is co-financing a Dustin Hoffman-Sissy Spacek movie entitled Sam & Kate.  Deadline has reached out to the Rust producer’s reps for comment. We will update the story should they return calls. Smith’s company Thomasville Pictures, which he co-owns with Allen Cheney, another Rust producer, will co-back Sam & Kate which is scheduled to start production in mid-February in Thomasville, GA. Reportedly Smith will serve as EP on the film, but not be involved in physical production. Another source...
THOMASVILLE, GA・2 DAYS AGO
Deadline

An unnamed security guard and an unidentified Berkeley man were shot in Oakland on Wednesday, as a TV crew for KRON4 was targeted for robbery while filming, the Bay Area news station reports. Ironically, the crew found itself targeted by armed robbers while reporting on another in a string of smash-and-grab thefts at Oakland clothing store Prime 356. Police say the criminals were after their camera equipment, with shots fired around 12:20 p.m. on November 24. The crew’s security guard—a former police officer—is reportedly in stable condition after being shot in the lower abdomen and taken to Highland Hospital for surgery. The...
OAKLAND, CA・1 DAY AGO
Deadline

Jane “Nightbirde” Marczewski, a singer who received the Golden Buzzer from Simon Cowell on America’s Got Talent, provided an update on her cancer treatment after she withdrew from the talent competition in August. Speaking to Chris Cuomo on Tuesday, the singer said that treatment has been going well, if not a bit slowly. “It’s happening slow little by little, day by day. I’m getting a little better,” she told the CNN host. “I did get a scan result back and a bunch of stuff that was there disappeared. A bunch of the big stuff has gone down in size so we’re on...
CELEBRITIES・3 DAYS AGO
TODAY.com

Thomas Wells, a former competitor on “The X Factor,” died earlier this month on November 13. He was 46. Wells’ wife, Jessica, shared the tragic news in a Facebook post on Friday, Nov. 26, writing, “I will always love you babe!! Your the bestest man in the whole world!!”. “Until...
CELEBRITIES・5 HOURS AGO

Indian actor Yusuf Hussain has passed away at the age of 73 after contracting COVID-19. The Tribune India reports that Hussain, best known for his roles in Dhoom 2, Raees, and Road to Sangam passed away on Saturday at Lilavati Hospital in Mumbai. His son-in-law, filmmaker Hansal Mehta, who is...
PUBLIC HEALTH・23 DAYS AGO
Hello Magazine

Willow Smith kicked off her 21st birthday with an epic Halloween party in a costume that made fans lose it. The Whip My Hair crooner looked beyond stunning as she transformed into Brad Pitt’s Fight Club character Tyler Durden for the fete, giving the look a high-fashion twist we won’t soon forget.
BEAUTY & FASHION・26 DAYS AGO
firstsportz.com

Will Smith ought to be “ashamed” – Sabrina Williams, half-sister of Serena and Venus, criticises the actor for biased portrayal of Richard Williams

Will Smith starrer King Richard has hit the theatres worldwide, and while most of the reviews are glowing, a few aren’t. The most prominent of these critiques have come from Sabrina Williams, stepsister of Serena and Venus Williams, and daughter of Richard Williams by his first wife. In a scathing interview, Sabrina said that the Hollywood star should be ashamed of himself for the non fact-checked and biased portrayal of her father.
TENNIS・1 DAY AGO
TVOvermind

Death is never an easy thing to deal with, but it is especially difficult when it happens to someone who is young and hasn’t gotten the chance to meet their full potential. Sadly, that was the case for up and coming actor, Joey Morgan. The talented young performer was just getting his feet wet in the entertainment industry and he appeared to have a bright future ahead of him. However, his life was cut short in November of 2021 when he suddenly passed away at just 28 years old. Even though he is no longer here, his memory will continue to live on through his work and the countless lives he touched. Keep reading to learn more about Joey Morgan’s legacy.
CELEBRITIES・2 DAYS AGO

Update: Jessica Wells spoke to E! News about the loss of her husband and former X-Factor star Thomas Wells, praising him as a "awesome, unique person" and calling him her best friend. Read her comments below. __________ The world has lost a rising talent. Thomas Wells, who competed on The X Factor among other reality shows, died on November 13, his wife Jessica Wells wrote on Facebook. He was 46. "It was a work-related accident," Jessica told E! News on Saturday, Nov. 27. "It caused him to have no oxygen in his brain, which caused his body to kind of fail." In a Facebook video filmed at Thomas' gravesite, Jessica said, "I feel like...
CELEBRITIES・23 HOURS AGO
TVShowsAce

‘General Hospital’ News: Will Julie Berman Be Back As Lulu Spencer?

General Hospital spoilers suggest the character of Lulu Spencer may emerge from her coma soon, and viewers wonder if actor Julie Berman may return to reprise the role. In late 2020, Lulu was a victim of the explosion at the Floating Rib. The incident came right as her ex-husband Dante returned to town and her new flame Dustin proposed. Lulu seemed fine at first, although Dustin died in the blast. Just as Lulu and Dante were admitting they still loved one another, she collapsed and fell into a coma. Soon after that, she transferred to a facility outside of Port Charles and her prognosis seemed dim.
TV & VIDEOS・1 DAY AGO
Popculture

Love & Hip Hop: Miami star Amara Le Negra is getting double the blessing as she's expecting her first two babies! The Afro Latina beauty known for her big fro and flawless skin is basking in her pregnancy. Le Negra announced the happy news in November with a beautiful maternity shoot featuring her own mother. Since then, she's been showing off her growing baby bump, even sharing that she's expecting two girls.
CELEBRITIES・3 DAYS AGO
Outsider.com

‘The Brady Bunch’: Here’s Why Cindy Was Played By a Different Actress in ‘A Very Brady Christmas’

After The Brady Bunch series ended in 1974, fans missed their favorite television family and all of their easily-solved antics. Thankfully, the Brady’s returned in a couple of special reunions in the 80s, though many noticed that a few key cast members were missing. In A Very Brady Christmas, fans weren’t looking at the same Cindy that wore her hair in curls all those years ago. Instead of Susan Olsen on the set, it was Jennifer Runyon. And though she shared the same blonde hair as Olsen, she just wasn’t America’s sweetheart.
CELEBRITIES・2 DAYS AGO

“Happy Days” star Erin Moran most notably played the beloved Joanie on the popular TV series. She was perfect in her role as the sister of Richie and brought a fresh element to “Happy Days.” Though the actress struggled in her offscreen life with addiction, she is still remembered for her work on the beloved show.
CELEBRITIES・1 DAY AGO
TVShowsAce

Pregnant Isabel Roloff is sharing an update with fans as her due date approaches. Jacob Roloff’s wife is expecting her first baby, a son, in December. Throughout her pregnancy, she’s been open about the many feelings she’s experienced. In return, fans and followers have sent her lots of love and encouragement.
CELEBRITIES・3 DAYS AGO
Hello Magazine

George Stephanopoulos and Ali Wentworth have an incredibly close bond with their children and their Thanksgiving celebrations were all the more special this year. This is because their firstborn Elliott, who flew the nest in September to attend university, is believed to have returned home for the celebration, to be reunited with her loved ones.
CELEBRITIES・1 DAY AGO
People

Christine Quinn is finally sharing her dramatic delivery story. The reality star and husband Christian Richard welcomed their son Christian "Baby C" Georges Dumontet via an emergency C-section in May, and in season 4 of Selling Sunset (streaming now), the celebrity real estate agent opens up about the scary experience.
CELEBRITIES・2 DAYS AGO
Radar Online.com

Princess Charlene of Monaco apparently "almost died" of bizarre post-surgery complications, which preceded her recent admission to a treatment facility following an intervention led by her husband, Prince Albert. Article continues below advertisement. Sources close to the royal family feel Albert, 63, is underplaying the seriousness of his 43-year-old wife's...
WORLD・1 DAY AGO
Page Six

“Mean Girls” actress Lacey Chabert is mourning the death of her sister, Wendy. “My beautiful sister, Wendy,” Chabert, 39, began her heartfelt tribute to her sibling — who died at the age of 46 — on Instagram Tuesday. “Our hearts are shattered into a million pieces that I don’t know...
CELEBRITIES・3 DAYS AGO
TVShowsAce

Welcome to Plathville star Olivia Plath is celebrating big and wants fans to know all about it. So, she took to social media to share some special news with her followers. What’s Olivia up to these days, and what’s the big update?. It looks like things are going really well...
CELEBRITIES・5 HOURS AGO
The Independent

Thomas Wells, a former X Factor USA contestant, has died, aged 46.The aspiring singer’s wife, Jessica Wells, confirmed to TMZ that the he died on 12 November after a tragic workplace accident.Wells was working at a tyre manufacturing plant in Oklahoma.According to reports, Wells’s body parts were caught in a machine similar to an automatic conveyor belt. Following the incident, he was rushed to hospital before being airlifted to another in Texas so that specialists could treat him. However, he died due to his injuries, the nature of which have not been revealed.Wells aspired to be a professional singer from a...
CELEBRITIES・16 HOURS AGO