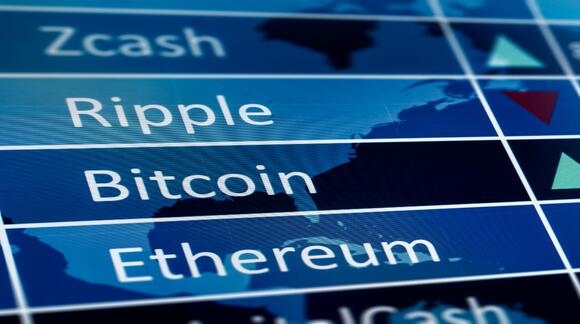 The major U.S. equities indexes were running higher at noon on Tuesday, with gains of about 0.4% for the Dow Jones industrials and 0.7% for the S&P 500 and the Nasdaq Composite. Health care (up about 1.5%) and utilities (up 1.2%) were the leading sectors, while consumer staples and consumer cyclicals both traded about 0.2% lower.

The ProShares Bitcoin Strategy ETF (NYSEAMERICAN: BITO) made its trading debut in the morning and the shares were trading up about 2.3% at $40.92. The daily high of $42.15 was posted shortly after the opening bell, before shares tumbled to an intra-day low of $40.07 less than an hour later. The first Bitcoin ETF fought back to a small gain, on trading volume of more than 15.6 million shares.

The day's undisputed winner among meme stocks was Camber Energy Inc. ( NYSEAMERICAN: CEI ), which was riding a wave of volume to a two-week high. The company had no specific news, although its majority-owned subsidiary, Viking Energy, did submit a federal filing Monday announcing that Viking had transferred all its interests in Elysium Energy Holdings to TO Elysium 2021, along with all of Viking's obligations for a term loan the company received in February 2020. This transaction lowers Camber's net debt again.

Tesla Inc. ( NASDAQ: TSLA ) was not making a particularly big move Tuesday, but trading was a little higher than average as the company prepares to unveil its third-quarter earnings report after markets close on Wednesday. Here's a look at what analysts expect Tesla to report .

Coinbase Global Inc. ( NASDAQ: COIN ) traded higher in the noon hour Tuesday. The Bitcoin Strategy ETF adds a bit of luster to Bitcoin and, by extension, other cryptocurrencies, but in itself, has no significant effect on Coinbase, which trades the actual coins while the ETF trades options. Individual investors could use the actual coins to hedge investments in the ETF, so there's that linkage, but it's not going to be a heavily used one.

ALSO READ: Why Dividend-Paying Aerospace and Defense Stocks Should Be Bought Now

The Roundhill MEME ETF (NYSEARCA:MEME) has been unveiled and is trading today, catching an early morning bid jumping up 1.2%. MEME is designed to offer investors exposure to “meme stocks,” which have grown popular through social media on platforms such as Reddit, Twitter, Discord, and others. MEME has...
STOCKS・7 HOURS AGO
MarketWatch

Most of the largest cryptocurrencies were up during morning trading on Wednesday, with Ripple (XRPUSD) seeing the biggest change, rallying 5.89% to 87 cents. Seven additional currencies posted rises Wednesday. Uniswap (UNIUSD) rallied 5.24% to $18.10, and Litecoin (LTCUSD) climbed 2.99% to $165.86.
MARKETS・6 HOURS AGO
24/7 Wall St.

Meme stocks, like most U.S. equities, had a good day Tuesday and were off to a positive start in premarket trading Wednesday.
STOCKS・8 HOURS AGO
Entrepreneur

Tesla Inc. stock snaps a losing streak that took it near a bear market after UBS analysts slapped a $1,000 price target on the stock and called the electric-vehicle maker the EV market's "undisputed leader."
STOCKS・9 HOURS AGO
The Motley Fool

Why Nio Stock Was Moving 5% Today

The Chinese EV maker is teasing that it will soon expand on its global aspirations.
STOCKS・3 HOURS AGO
The Motley Fool

Should investors set shares of Tesla on autopilot in their portfolios, or is it time to pump the brakes?
STOCKS・11 HOURS AGO
The Motley Fool

Shares of Carnival Corp. shot up 5.8% to $19.57 in afternoon trading on heavy volume, as the cruise operator briefly flirted with a bull-market bounce off last week's 13-month low. Trading volume swelled to 57.1 million shares, enough to make the cruise operator's stock the most actively traded on the NYSE, and compared with the full-day average of about 39.4 million shares. The stock ran up as much as 8.3% to an intraday higher of $20.04 earlier in the session before paring gains. At that high, the stock had soared 22.3% since closing Dec. 1 at $16.38, which was...
STOCKS・2 HOURS AGO
MarketWatch

By David Callaway, Callaway Climate Insights In the early days of environmental, social and governance (ESG) reporting, just getting companies to disclose environmental information can be a win. In that context, climate researcher CDP Worldwide’s release of its annual rankings Tuesday, showing a 37% increase in international companies reporting — some 13,000, was a success. But everything […]
ECONOMY・7 HOURS AGO
San Diego Union-Tribune

Stocks end modestly higher after a choppy day of trading

Two OG meme stocks were in the news Wednesday, along with a couple of double-digit gainers. One of those was likely due to some reported insider buying.
STOCKS・3 HOURS AGO
MarketWatch

Bigger doesn't necessarily mean better, and investors need to use caution around this crypto name. Coinbase has set the foundation for a profitable future that will benefit investors in the long run. You’re reading a free article with opinions that may differ from The Motley Fool’s Premium Investing Services. Become...
STOCKS・49 MINUTES AGO
The Motley Fool

Fresh off earnings, one Wall Street analyst is optimistic.
STOCKS・56 MINUTES AGO