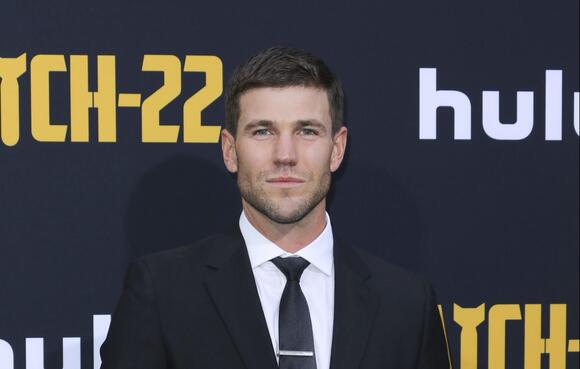 The series is based on the book of the same name by Lisa Taddeo. It is described as a portrayal of American female desire, in which three women are on a crash course to radically overturn their lives. There is Sloane (DeWanda Wise), a glamorous entrepreneur in a committed open marriage until two sexy new strangers threaten their aspirational love story, and Maggie, a North Dakota student who weathers an intense storm after accusing her married English teacher of an inappropriate relationship. There is Lina (Betty Gilpin), a homemaker in Indiana who, after a decade in a passionless marriage, embarks on an affair that quickly becomes all-consuming and transforms her life. Gia (Shailene Woodley) is a writer grieving the loss of her family, persuades each of these three spectacular “ordinary” women to tell her their stories, and her relationships with them change the course of her life forever.

Along with Wise, Woodley, and Gilpin, Stowell’s cast members include Blair Underwood and Lola Kirke. Stowell will appear in the recurring role of Aidan, the “Indiana James Dean” for whom Lina is ready to upend her whole life.

Stowell’s most recent TV credits are the Hulu series adaptation of “Catch-22” and Stephen Spielberg’s “Amazing Stories” reboot at Apple. He also made a cameo appearance in the season finale of “The White Lotus.” His film credits include “Fantasy Island,” “Battle of the Sexes,” “Colossal,” “Bridge of Spies,” and “Whiplash.” He just wrapped work on the Netflix shows “The Last Will and Testament of Charles Abernathy” and “Breathe.” He will next be seen in the feature “The Hating Game” opposite Lucy Hale.

He is repped by CAA and Morris Yorn.

Toni Collette, Anna Faris and Thomas Haden Church will star in “The Estate,” the story of two sisters who try to re-ingratiate themselves with their wealthy, estranged aunt when they discover she is ill. The film is from writer and director Dean Craig, who mined family dysfunction in the script for “Death at a Funeral.” Craig recently made his feature directorial debut with “Love Wedding Repeat,” a romantic comedy with Sam Claflin and Olivia Munn that debuted in 2020 on Netflix. Collette was nominated for an Oscar for “The Sixth Sense” and earned raves for her work in “Hereditary” and...
MOVIES・23 HOURS AGO
Variety

Fresh off his Gotham Award win for breakthrough series, “Reservation Dogs” co-creator Sterlin Harjo is developing a new miniseries with a Native female lead at FX. The untitled series will see Harjo direct, as well as co-write with bestselling novelist Jonathan Lee. Harjo will also executive produce with Garrett Basch, through the latter’s new label Dive. While plot details are under wraps, the title is described as a heist thriller centered around a Native woman. “Reservation Dogs,” co-created with Oscar winner Taika Waititi, represented a notable hit this year as an FX on Hulu exclusive. Shot entirely on location in Oklahoma, it boasted...
TV SERIES・21 HOURS AGO
Variety

Following the teaser the other week, Amazon Prime has now released the full-length trailer for Aaron Sorkin’s new film “Being the Ricardos”. Nicole Kidman stars as sitcom queen Lucille Ball and Javier Bardem as her husband Desi Arnaz in a movie that unfolds against one critical production week of their groundbreaking sitcom “I Love Lucy”.
MOVIES・23 DAYS AGO

New horror releases tend to slow down a bit on the road to the holidays, and honestly that’s not a bad thing because it gives us a chance to catch up on all the stuff we missed earlier in the year. During this past Halloween Season alone, so many new movies were released that we can guarantee nobody reading this is entirely caught up, so make good use of the downtime!
MOVIES・18 DAYS AGO
IndieWire

Netflix’s limited series “True Story” is a departure for star Kevin Hart in his television drama debut, as he wrestles with material that’s darker than his usual schtick. It’s a commendable risk on his part that doesn’t fully exploit its potential to be the thoroughly engrossing episodic with a profound message that it probably thinks it is. While Hart and co-star Wesley Snipes, in their first onscreen matchup, make for a high-octane duo, the script betrays that effort with uninspired writing from series creator, writer, and showrunner Eric Newman (“Narcos: Mexico”) that doesn’t quite make darkness its ally, and leans...
TV & VIDEOS・9 DAYS AGO
ComicBook

Guillermo del Toro's upcoming horror anthology Cabinet of Curiosities has already amassed a number of talented performers, with the project recently gaining yet another with Harry Potter star Rupert Grint, per Deadline. Given the nature of the anthology series, each episode will see a fresh batch of performers under the helm of different filmmakers, with it being unknown at this time which episode Grint will be starring in. He joins a cast featuring the likes of Essie Davis, Luke Roberts, and Andrew Lincoln from filmmakers such as Panos Cosmatos, Jennifer Kent, and Vincenzo Natali. Cabinet of Curiosities doesn't yet have a release date.
MOVIES・2 DAYS AGO
The Hollywood Reporter

Billy the Kid is headed to EPIX in 2022. The drama series follows the life of the infamous outlaw. Tom Blyth and Daniel Webber star in the series from Michael Hirst (The Tudors). A premiere date will be released at a later time. EPIX revealed more about the upcoming series...
TV SERIES・14 DAYS AGO
power106.com

HBO has ordered The Weekend, Sam Levinson and Reza Fahim’s drama, ‘The Idol.’. The episodes are set to be filmed here in Los Angeles and will be directed by Atlanta director Amy Seimetz. “When the multi-talented Abel ‘The Weeknd’ Tesfaye, Reza Fahim and Sam Levinson brought us THE IDOL, it...
LOS ANGELES, CA・9 DAYS AGO
Variety

Annabella Sciorra has been set to star in “Fresh Kills,” an upcoming feature film set in the world of organized crime. Jennifer Esposito is writing and directing the film, marking her feature directorial debut. She will also act in “Fresh Kills” alongside Sciorra. Inspired by Esposito’s upbringing in Staten Island, “Fresh Kills” tells the suspenseful story about the loyal women behind the mob men who loomed over New York City in the late 20th century. Sciorra will play a widow named Christine, and Esposito will portray her protective older sister Francine Larusso. “Fresh Kills” will have nontraditional financing; the project intends to be...
MOVIES・14 DAYS AGO
Variety

A new “Earthworm Jim” animated TV series is in development, Variety has learned exclusively. The project hails from Interplay Entertainment Corp., which owns the rights to the “Earthworm Jim” games. Interplay has partnered with APA to bring the project to television. Like the games, the series would follow the adventures of the titular Jim, a worm in a futuristic robotic suit who fights evildoers. The series will also bring in new characters as they navigate the galaxy, where each planet is home to a race of anthropomorphic animals. Jim’s ultimate quest is to find his true home among the stars: a near-mythical planet...
TV SERIES・14 DAYS AGO

After Success of ‘Bruised,’ Halle Berry and Netflix Team to Make More Movies

After Halle Berry’s directorial debut “Bruised” premiered on Netflix as the service’s No. 1 movie in the U.S., the Oscar winner is deepening her ties to the streamer. Netflix announced November 30 that it has signed a multi-picture deal with Berry that will see her star in and produce films, continuing Netflix’s strategy of signing rich deals with major talent to give it a competitive edge in the streaming wars. “There are few people with a career like Halle Berry. She’s an award-winning actress, producer and as audiences saw this past week, she’s an incredible director. We’re thrilled to be in...
MOVIES・2 DAYS AGO
The Hollywood Reporter

Next Big Thing: Philemon Chambers on Starring as First Black Actor in an LGBTQ Christmas Rom-Com

It didn’t unfold at a counter at Schwab’s Pharmacy, but Philemon Chambers has a seemingly-out-of-nowhere discovery story, too. Chambers (his first name is pronounced “phil-LEE-mun”), 27, had been struggling to make it as an actor since 13, with only a few small roles on TV series like Criminal Minds and All Rise on his résumé. But in late 2020, after surviving a nasty bout of COVID-19, Chambers stumbled upon an opportunity to audition for a Netflix Christmas movie called Single All the Way. “Two weeks after I got better from COVID, that’s when the audition came,” he says. “And I remember having this...
COMPTON, CA・1 DAY AGO
tvseriesfinale.com

Ray Donovan fans, listen up! Showtime has released a trailer and revealed the premiere date for the follow-up film for the cancelled drama series. Viewers who were surprised by the cancellation will now receive closure though the door is reportedly being left open for more. Liev Schreiber, Katherine Moennig Jon...
TV & VIDEOS・10 DAYS AGO
SFGate

The “Dead Boy Detectives” pilot at HBO Max has found its main cast, Variety has learned exclusively from sources. George Rexstrew, Jayden Revri (“The Lodge”), and Kassius Nelson (“Last Night in Soho,” “Lemony Snicket’s A Series of Unfortunate Events”) will star in the three lead roles. Rexstrew is a recent graduate of the London Academy of Music and Dramatic Art, and “Dead Boy Detectives” would mark his onscreen debut.
TV SERIES・10 DAYS AGO

While Beth was ready to keep it real on her Real World return, she tells TooFab she's disappointed others in her cast weren't. "I really wanna know what is it about me that people don't like." That was Beth Stolarczyk's main goal for returning to the home that first made...
TV SERIES・8 DAYS AGO
tvseriesfinale.com

Super Pumped finally has its premiere date. The anthology series, which will take fans into the Uber company’s history, will arrive in February. Starring Joseph Gordon-Levitt, Kyle Chandler, and Uma Thurman, season one is based on Mike Isaac’s bestselling book, Super Pumped: The Battle for Uber. Showtime revealed more about...
TV SERIES・8 DAYS AGO